The Caribbean natives and several people in the black community did not take it lightly when former rapper turned controversial media personality and broadcaster Joe Budden decided to take a supposedly light jab at women who travelled from near and wide to join carnival celebrations in the Caribbean which saw its peak over the weekend.

In the latest episode of his podcast series, The Joe Budden Podcast, the broadcaster took a minute to weigh in his views on women and the celebration of Caribbean festivals saying, “‘these chicks can’t wait to put on Carnival costumes and be hoes”, sounding clearly misinformed and undereducated about the popular Caribbean carnivals.

The derogatory statement soon made it to social media with people reacting differently. While a huge number of people found the cringe-worthy statement a 100% offensive and insulting to the Caribbean culture, its women and women as a whole, a smaller group found it needed as he was supposedly referring to African American women who go to the Caribbean specifically to take part in the Carnival and “hoe around”. Another group felt that Joe Budden was not smart enough or educated enough on the said topic and should not be taken seriously.

The craziest part of that Joe Budden thing is the fact that he doesn’t realize even if he wasn’t intentionallly trying to slander Caribbean/carnival culture he did. Saying American women only partake to “act like hoes” means that you think carnival culture is hoe shit Joe. ??

“these chicks can’t wait to go down there and put on them Carnival costumes and be hoes” what I’m trying to make you understand through your stubborness is the fact that you attached the behavior of being “a hoe” to that of the Carnival costumes.

I thought it was 100% clear he was talking about women adorning Caribbean garb, who have never stepped foot south of Miami Beach let alone been to a Carnival, for the sole purpose of being half naked. That’s not a knock on the culture at all. ??‍♂️

I think Joe Budden was referring to the women who don’t associate with the culture, other than the attire worn at Carnival. Not with the Caribbean celebration itself.

Its so sad young adults these days look to #podcasters, and #bloggers, for #news and #information on #culturalappropriation, last I checked #JoeBudden has no degree, & turned himself in for beating his wife in 2014. The dum dums of the world are now #influencers ??? #FactCheck

But the real question is: Is Joe Budden justified in any way to have made that statement?

The answer is NO.

For one, Joe’s statement goes a long way in degrading the essence of the costume-wearing and parading during the Caribbean carnival season. It also implies that women take the opportunity to ‘expose’ themselves in the costume and find a man or two to have fun with leaving memories of nice guys they only wanted to hook up with. Among many other things, the statement also implies that the Caribbean festival has no proper roots and only presents a time of fun and adventure for many people (especially women).

Caribbean carnivals and their very elaborate and colourful themed costume parades carry a lot of history and essence to the black community. In almost every island, there is a carnival that is celebrated year in and out to mark significant happenings in their history.

In general, it is safe to say that the celebrations of these carnivals go way back to slavery days picking up momentum at the start of revolts by slaves and Maroons after several years of harsh treatment under their rulers. 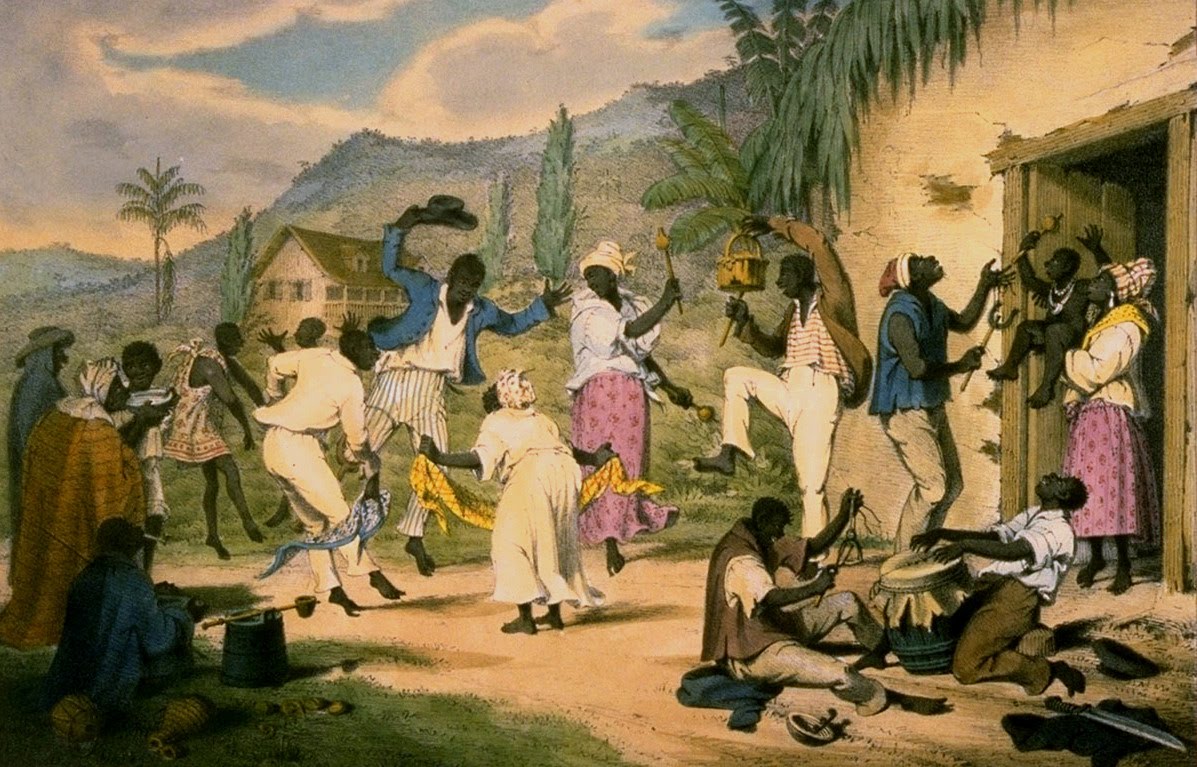 A depiction of slaves having a celebration

Enslaved Africans who found themselves in the Caribbean were largely from West Africa and were not allowed to practice their own beliefs or participate in their masters’ elaborate parties. As an alternative rebellion, the slaves created their own celebrations where they would meet to mimic and make fun of their masters’ parties, balls and celebrations and use the opportunity to enjoy their own traditions and culture. These usually happened on Sundays which was given as a rest day for the slaves.

These celebrations became more public and elaborate after slavery was abolished and freed blacks were free to do as they wished with their lives and took to the streets to celebrate their freedom in grand style.

Several carnivals celebrate the victories of brave enslaved Africans who fought their masters for freedom both in the Caribbean and Africa, a typical example being the Junkanoo Carnival.

In more recent times, carnivals have also become a celebration of the unique cultures of the Caribbean that blend African and western cultures together. The carnivals remind the people of their history and ancestry and provide a sense of pride while acting as an important medium of cultural preservation.

Just got back from Trinidad and Carnival was amazing!! S/O to my band @paparazzicarnival and the beautiful women from Trinidad who made my costume! Love you Trinidad!! ?? #carnival2019

The Carnivals which are taken very seriously by its celebrants take up several hours of rehearsal, cooking and hand making of costumes to be worn during the parades and should be respected as such.

For several people around the world, festival season in the Caribbean presents a good time to enjoy the many islands and their wonderful beaches while getting a feel of their culture. The high patronage by people including celebrities around the world is part of the reason why 2019 was declared the Year of Carnivals to educate people on the significance and meaning of several carnivals in the Caribbean.

The Joe Budden statement is a very unfortunate one that degrades women and culture and has perhaps picked up great discussion across social media due to the fact that Joe Budden is black. However, the statement goes to show the ignorance of many who only pay attention to the elaborate costumes and parades from the Caribbean carnivals that find their way on social media. 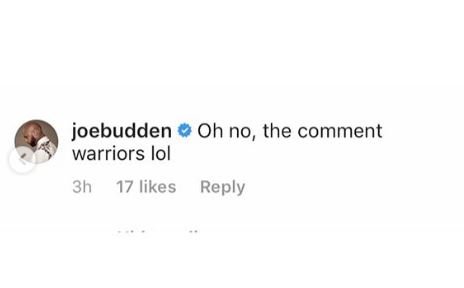 One cannot continue to stress the importance of blacks telling their own stories and packaging themselves to the world to see the richness and diversity of their culture.

WE were discussing hoes. WE discuss hoes every week. WE were not and would not speak that way on Caribbean Culture. YOU can post the entire convo instead of this 7 second bullshit but YOU chose not to so YOU run your shit and I’LL run mine. Smh https://t.co/eUVRljXujW

Joe Budden has since apologized for the statement after several backlash and demands despite mocking people who attempted to call him out in an earlier tweet.

So Joe Budden has apologised. Clearly he saw the previous post as he has used the artwork. Clearly he saw all of your messages. He can defend the context that he was using all day, I am indifferent. Moments like this are necessary to highlight the fact that our voices are heard, are valid and are necessary. I am not here to drag down @joebudden but the responsibility you have as a person of influence, with such a huge a platform – to flippantly call women hoes – in whatever context is unacceptable – Carnival context or not. Even if you were speaking about cultural appropriators, this is not the way to do it . Anywho. This is not about Joe Budden, this is about the fact that we have a long way to go, but today our voice was heard. Well done us. (@joebudden you can @ me you know – we should talk, I don’t know you personally but I am happy to have an open dialogue with you) The deleted apology posted by @hollywoodunlocked #KnowYourCaribbean