José Maurício Nunes Garcia was born on September 22, 1767 in Rio de Janeiro, Brazil.  A classical composer, Garcia was also ordained as a priest. 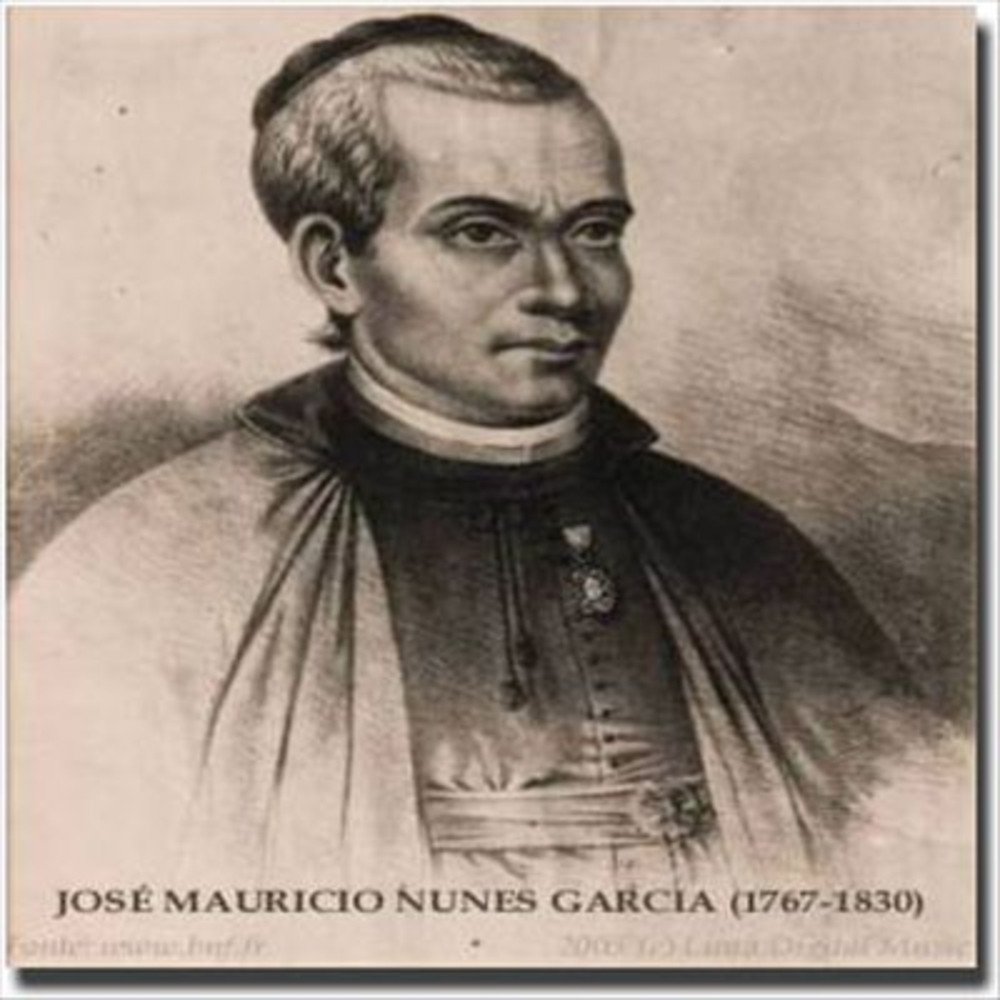 Garcia’s parents were of African ancestry. They all resided in Rua da Vala, Brazil.

A musical genius, Garcia taught himself how to play the guitar and harpsichord.

In 1783 at the age of 16, Garcia composed his first musical creation.

In 1792, he was given his holy orders which would enable him to become a man of the cloth.

1799 marked the year that Garcia joined the brotherhood of Nossa Senhora do Rosário e São Benedito dos Homens Pretos all the while still producing musical pieces such as “a Requiem Mass” (CPM 184) and “the Matins of Christmas” (CPM 170).

In spite of being a priest, Garcia was married to Severiana Rosa de Castro; the couple bore five children.

Garcia produced the music included in the Te Deum, the celebration ceremony for the arrival of the Portuguese Royal Family to Rio de Janeiro. The family migrated due to the invasion of their kingdom by the French. General Junot led the revolt.

Because of his complexion, Garcia was not allowed to play his music at the ceremony.  He was ruled as having a “visible physical defect.” Nevertheless, the prince regent confirmed Garcia as the premium musician of the Royal Chapel.  This enabled Garcia to become the primary musician of the kingdom of Portugal.

The kingdom’s move was anything but subtle. The natives were forced to move from their home if requested. They were given 24 hours to do so.

In February 1809, Garcia’s significant improvements to the musical arrangements in the Royal Chapel did not go unnoticed.  He was bestowed with the medal from the coat of the baron of Vila Nova; making him a knight of the Order of Christ.

Despite the accolades and accomplishments, his salary wasn’t enough to sustain the demands of his family. Garcia persevered and continued to form musical works of art to include “Matinas de S. João” and “Praecursor Domini” (CPM 55) to name a few.

Falling sick in 1811, Garcia’s workload lightened.  After his health improved, this afforded him the chance to work as a freelance musician while gaining money from other churches by composing music for them.

In December 1815, Brazil was regulated from a Portugal colony to a united kingdom with Portugal and Algarves.  In actuality, processes stayed as they were. In 1816, Garcia was chosen to lead mass because he was Brazilian.

With the withdrawal of the Portuguese Royal Family came political and financial instability. In 1826, Garcia would produce his last work, “The St. Cecilia Mass” (CPM 113).  Until his death, Garcia reviewed the orchestration of the great mass. He also authored the Treatise of Harmony and Counterpoint; its whereabouts are unknown.

On April 18, 1830, Garcia died reciting an anthem to Our Lady.  He was buried in the church of São Pedro dos Clérigos. At his funeral, a small orchestra performed his Funeral Symphony (CPM 230).

Though significantly underused, Garcia’s work was still remembered and played by his former students.

Some of Garcia’s works were recognized or sought to keep modern. Manuel José Gomes compiled 14 of Garcia’s compositions in a file.  Bento das Mercês an archivist of the Imperial Chapel also collected a portion of Garcia’s work which is now featured at the School of Music of the Federal University of Rio de Janeiro. His collections are kept at the Royal Farm of Santa Cruz and were previously in the possession of Francisco Manuel da Silva.

Alfred D’Escragnolle the Viscount of Taunay, a member of the French Artistic Mission wrote numerous articles about Garcia.  D’Escragnolle also attempted to trace all of Garcia’s work by proposing the idea to the House of Representatives; it was not approved.

In 1941 musicologist, conductor and instructor, Mrs. Cleofe Person de Mattos, a former professor to the School of Music of the Federal University of Rio de Janeiro aimed to perform Garcia’s music in an attempt to keep it thriving. In 1970, Mattos wrote a Thematic Catalogue which was published by the Federal Council of Culture. In 1997 she published José Mauricio Nunes Garcia – Biografia. Mattos died in 2002.

In 2005, 55 scores of Garcia’s work was digitalized by the Metropolitan Chapter of Rio de Janeiro. The School of Music of the Federal University of Rio de Janeiro also publicized the music of Garcia on the internet.