A court in Philadelphia on Tuesday convicted a 30-year-old man for the murder of his girlfriend in a fit of jealous rage. Brandon Meade was convicted of first-degree murder and sentenced to life in prison by a jury of 12, (eight men and four women) for the 2015 murder of Agatha Hall, his girlfriend and 21-year-old student of Temple University.

According to philly.com, Meade was convicted on the counts of murder and possession of an instrument of crime.

Making his submission before the jury, the prosecution counsel led by Assistant District Attorney Andrew Notaristefano, told the court that evidence from the crime scene showed that Meade shot hall with his 9mm gun, declaring that, “The defendant, in a jealous rage, killed his girlfriend,” after he found her talking on the phone with another man.

Notaristefano continued that the defendant then set up the crime scene to look like a case of suicide. 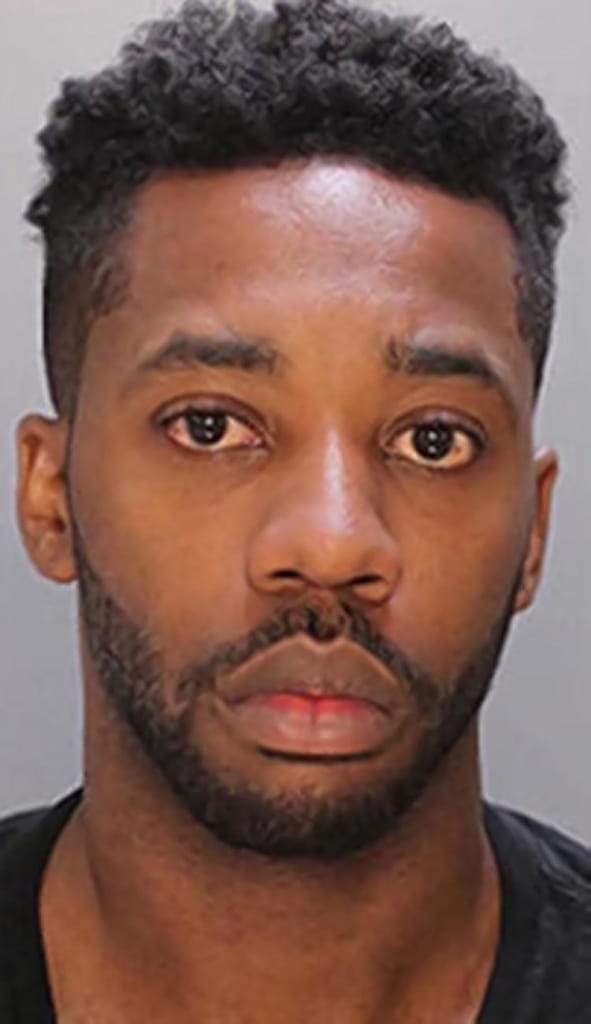 Brandon Meade was found guilty of the murder of Agatha Hall and was sentenced to life in prison.
Photo Credit: Philly.com

However, in his won submission, Evan Hughes who representing the accused reminded the court that Hall, the victim, had suffered depression due to the recent cases of deaths in her family. He added that Hall had previously attempted suicide just two weeks before her death by overdosing on prescription medication. Hughes closed his submission by telling the court, “This is a suicide that happened behind a closed door, and that’s all it ever was”.

Indeed, with no eyewitness account of events, Hall’s death had been initially ruled as a suicide by the police, but as investigators collected more evidence from the crime scene, it became clear it was actually a case of murder.

Halls’ lifeless body was found on August 31, 2015 on her bedroom floor, with a single bullet shot to her head and a handgun underneath her body in what looked like a suicide. Investigators now believe her boyfriend, Meade, fired his gun at her in a fit of anger.

Forensic experts say the bullet hole on Agatha’s head must have been fired from a gun a distance of at least four inches away from her head, which effectively rules out a case of possible suicide. Examiners also found a bullet hole in the wall above her head, which they believe was shot by Meade as he tried to re-create a suicide scene to convince Hall’s neighbours that she shot herself.

Before her death, 21-year-old Agatha Hall, a Ghanaian immigrant, was in her final year at Temple University where she was studying finance and international business with dreams of pursuing a career in foreign affairs. She moved to the United States from Ghana to be with family at a young age, living first in Minnesota and later Philadelphia. She attended northeast High and graduated in 2011.

Hall’s aunt, Agatha Badio, told the packed courtroom that the death of her niece had been a very painful event in the lives of family and loved ones. “This has torn my family apart,” she said.