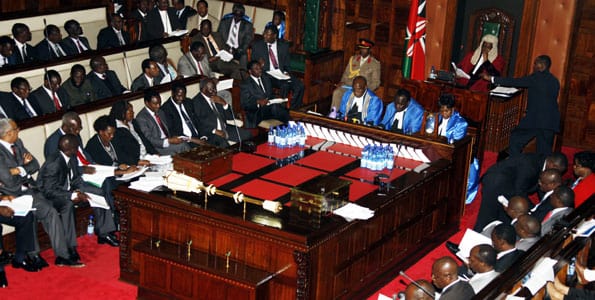 The Kenyan parliament has amended the country’s polygamy law that allows men to marry as many women as they would like. Now, the clause requiring a husband to notify his wife before bringing in another wife has been removed. This change caused the female politicians to storm out in disgust on Thursday. Female politicians were greatly outnumbered on passage of the new law. In the Kenyan tradition, first wives must give approval, however that is no longer the required.

According to BBC, “When you marry an African woman, she must know the second one is on the way, and a third wife… this is Africa,” MP Junet Mohammed told the house, according to Nairobi’s Capital FM.

There were other potential amendments that did not pass such as a ban on payment of bride prices- although the legal age to marry is 18 for all cultures.

Instead of providing equal property and inheritance rights a woman will only be entitled to 30% of matrimonial property after death or divorce. She must also prove her contribution to the couple’s wealth.

Co-habituating couples were also discussed on whether they would be recognized after six months, however the proposal did not pass. Had the law been passed women would be able to seek financial support for themselves and any children of the relationship in the event the man decides to leave.

The marriage bill now must be signed by the president in order to become law.

How will these changes affect Kenyan relationships?