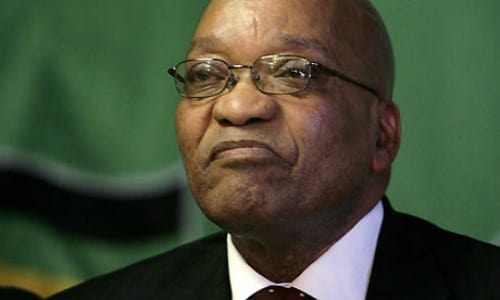 Madonsela’s report is especially damaging as the nation’s general election is set to begin this May. In the report, Madonsela blasts Zuma’s Cabinet members for signing off on the use of taxpayer money to make improvements to the President’s private residence in Nkandla.

A report from iOL goes in to further detail:

The government said it would reflect on the findings and recommendations contained in Madonsela’s report with a view to determining the way forward.

Justice Minister Jeff Radebe said the Special Investigating Unit was investigating the matter ‘to bring those in the public and private sectors who are implicated to book.’

The opposition party, the Democratic Alliance, led by anti-Apartheid activist and former journalist Helen Zille, is calling for the impeachment of Zuma and intends to file a formal request to begin the legal process.

Meanwhile, a “task team” assembled by Zuma’s Cabinet will be taking a deeper look at Madonsela’s damaging report and intends to issue a response at a later date.

Items said to be built using public funds instead of the security upgrades the money was intended for include a visitor’s center, an amphitheater, a cattle field, a chicken run, and a swimming pool.

Madonsela has suggested that Zuma make motions to pay back the taxpayers’ money he reportedly used for personal gain.