For decades, the people of Makueni County in eastern Kenya have had to endure seasons of shattering drought and famine, with women having to trek for dozens of kilometers in search of water.

But things are improving now because women in the area have decided to change the status quo by harvesting seasonal rainwater in simple water catchment systems made of stone.

According to Reuters, they have proved quite effective. “My feet are now rested without endless trips to fetch water, and my children can now concentrate in school because I no longer ask them to follow me to the river,” Mary Mwikali Kiminza, a member of the area’s Ithine Self-Help Group, told the news agency.

With the help of the Africa Sand Dam Foundation (ASDF), a Kenyan NGO, residents of Makueni County have learned innovative ways to build rock catchment units that are well-matched with the geographical setting of the area. 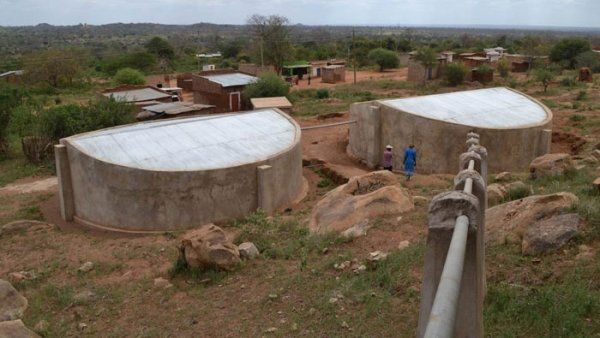 Two of the mega water storage tanks that have been built in Makueni County, Kenya. Reuters

Villagers are taking advantage of the hilly, rocky landscape to divert rainwater to a central reservoir, which is covered with sand and gravel filters. The harvested water is then piped into covered storage tanks, each of which can hold up to 190,000 liters of water.

ASDF hopes to assist area residents to adapt to the perennial arid climate experienced in the region by constructing as many rock catchment units as possible. So far the project has constructed 10 catchment units and 26 storage tanks.

Impact on the Economy

Apart from enjoying reliable water supply throughout the dry season, members of the various self-help groups in the region are making a stable income from the project by selling water to residents at 10 shillings (10 US cents) per 20 liters of water.

They then use the money to buy goats, which are bred for both domestic use and commercial purposes.

The county government of Makueni has also embarked on building several sand dams at various points along the available seasonal rivers. 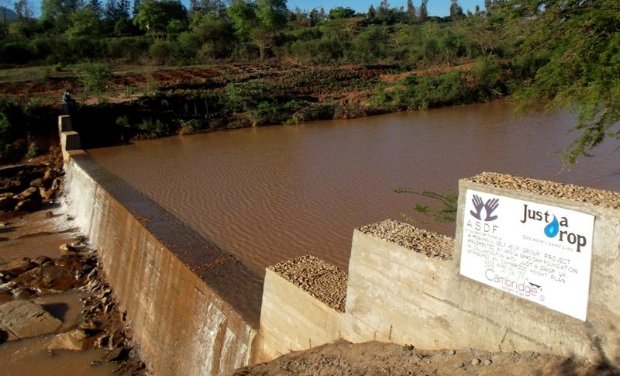 One of the many sand dams that have been constructed across Makueni County, Kenya. Global Citizen

With enough water dams constructed next to their farms, many residents of Makueni have ventured into commercial farming and are now exporting green beans to foreign markets including Europe.

“Even without the export market, we cannot go hungry as has been the case in the past,” one villager told Reuters.

In July last year, a report published by the Kenyan National Drought Management Authority indicated an impressive improvement in drought situation in the entire county of Makueni compared to previous years.

The report, which was based on a survey done in the month of June, claimed that no drought was recorded in the county including Kaiti, Kilome,and Mbooni sub-counties, which are typically classified as high risk areas.