Today marks 24 years since the 1994 Rwanda Genocide. The United Nations set aside the day to not only commemorate the event but also honour the victims.  Referred to as the Day of Remembrance of the Victims of the Rwanda Genocide, the day features a series of events not only in Rwanda but also across the world.

To mark the day and the start of the mourning week and 100 days of commemoration, President Paul Kagame and First Lady Jeannette Kagame will lay a wreath on the burial place of over 250,000 victims and light the Flame of Remembrance at the Kigali Genocide Memorial Centre.

Here are some key events from the genocide that should never be repeated:

Hate speech and failure to control it

Hate speech was one of the key factors in propagating the genocide. According to the UN Special Adviser on the Prevention of Genocide, Adama Dieng, genocide does not take place all of a sudden.

One of the International Criminal Tribunal for Rwanda (ICTR) cases was the media case, which held members of the media responsible for broadcasts intended to incite the public to commit acts of genocide.

Addressing hate speech and incitement and putting in place strategy for atrocity prevention are some of the solutions that Dieng offers in preventing genocide.

Delayed action by the international community

The immediate action of the international community could have helped stop the genocide. However, the UN Security Council delayed in addressing the issue and peacekeepers and troops were pulled out before the genocide ended, leaving the victims without any protection.

According to reports, the head of the United Nations Assistance Mission for Rwanda, Jacques-Roger Booh Booh, sent a telegram to the UN Headquarters two months before the outbreak.

Kofi Annan, the then head UN peacekeeping operations acknowledged that he could have done more to stop the genocide.

“We must never forget our collective failure to protect at least 800,000 defenceless men, women, children who perished in Rwanda…We must acknowledge our responsibility for not having done more to prevent or stop the genocide,” he said.

In 2017,  Pope Francis apologised for the role of the church in the genocide. Not only was the Catholic Church accused of being close to the  Hutu-led government, some priests and nuns were participated in the genocide and were later charged by the ICTR. 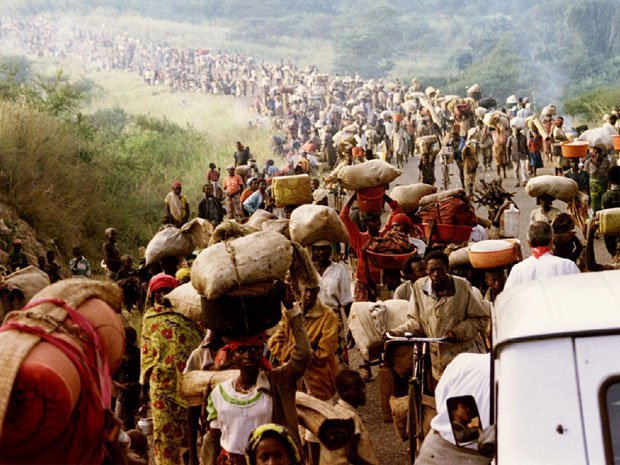 The denial of the Rwanda Genocide started soon after, with some parties shunning the use of the word ‘genocide’ and using words such as ‘acts of genocide’, ‘Rwanda crisis’ or ‘Rwanda Tragedy’ and ‘ethnic cleansing’.

However, over the years, the country has not only arrested the perpetrators of the genocide but has also rounded up others for genocide denial.

Such denial not only erases the reality of the day but also accuses victims of lying. The annual commemoration of the day is important as it works to renounce that denial and to honour the victims and survivors of the genocide.

Use of existing state structures to perpetrate genocide

The Human Rights Watch established that the Rwanda government had in place structures to mobilise the communities for different initiatives including vaccination of children and ending illiteracy. These were the same structures that the organisers of the genocide used to execute the genocide campaign.

“Some who refused at the start became convinced to act when all authorities seemed to speak with one voice, when the leaders of their parties joined with administrators to demand their participation and when the military stood behind, ready to intimidate those who hesitated,” reads part of the HRW report.