Pope Francis officially apologized for the role the Catholic Church played in the 1994 Rwandan genocide that left close to 1 million people dead.

The Pope apologized to Rwandan President Paul Kagame when they met at the Vatican Monday, reports Al Jazeera.

The pontiff pleaded for forgiveness for the crimes committed by the church against the people of Rwanda during the genocide.

“He [the Pope] implored anew God’s forgiveness for the sins and failings of the Church and its members, among whom priests, and religious men and women who succumbed to hatred and violence, betraying their own evangelical mission,” a statement issued by the Vatican read in part. 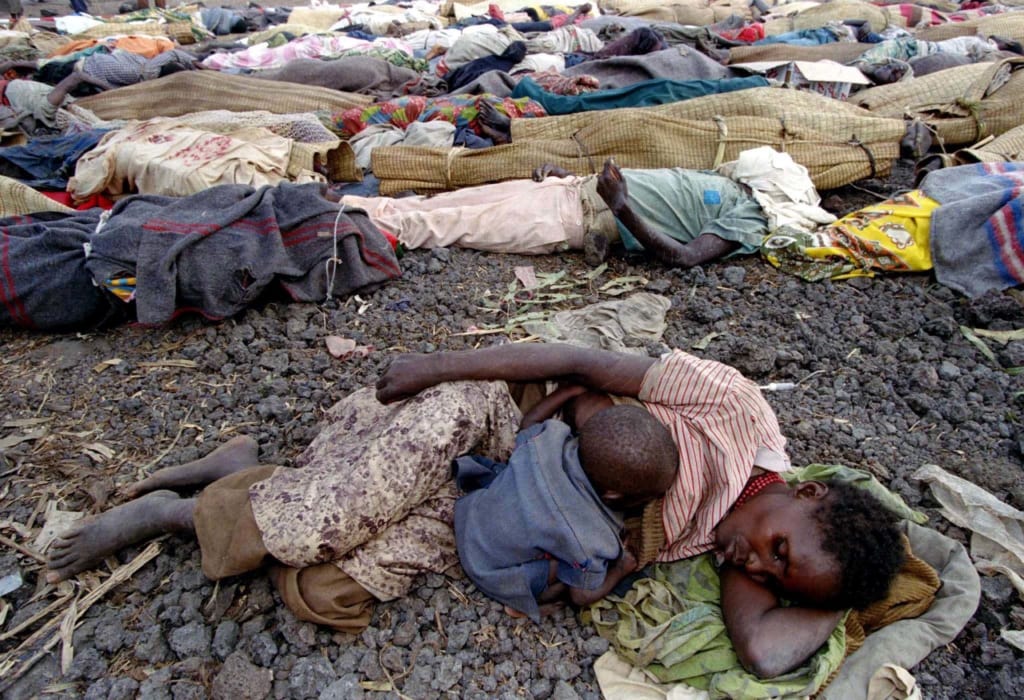 A dying Rwandan woman tries breastfeeding her child next to hundreds of corpses waiting to be buried at a mass grave near the Munigi refugee camp, where thousands of refugees are succumbing to cholera or dehydration, in this July 23, 1994 file photo. Photo credit: REUTERS/Corinne Dufka/Files

The Pope’s plea follows a request by the Rwandan government for the Vatican to apologize for the Catholic Church’s role in the massacre last November.

The church has often been accused of siding with the Hutu majority during the 1994 genocide, whose victims were mostly from the Tutsi minority.

During the massacre, which lasted for more than three months, many churches in Rwanda were turned into slaughter houses as Hutu militia exterminated people who had sought refuge there.

Some priests have been accused of handing over people with no way out to the militia.

“This humble recognition of the failings of that period, which, unfortunately, disfigured the face of the church, may contribute to a purification of memory and promote renewed trust,” the Vatican added.

Many Catholic priests, nuns, and brothers have been tried by the International Criminal Tribunal for Rwanda and a Belgian court, leading to several convictions and acquittals. 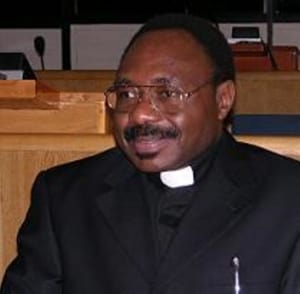 In 2006, a UN court jailed Father Athanase Seromba, a former Rwandan Catholic priest, for 15 years for ordering earth movers to level a church with 2,000 people inside during the genocide.

Apology from the Top

Last year, an official apology issued by local Catholic bishops representing the nine dioceses in Rwanda was read in all churches, although the government later said local apologies were not enough and demanded an apology from the Vatican.

Accepting the pontiff’s apology, Rwandan Minister for Foreign Affairs Louise Mushikiwabo said it will go a long way in fostering and restoring harmony between Rwandans and the Catholic Church.

The minister, however, went on to criticize the Catholic Church for sowing the seed of division between the Hutu and Tutsi ethnic groups in Rwanda in the years leading up to the 1994 genocide.

Mushikiwabo said the church’s teachings laid the foundation for genocide ideology, “Today, genocide denial and trivialization continue to flourish in certain groups within the church and genocide suspects have been shielded from justice within Catholic institutions.” 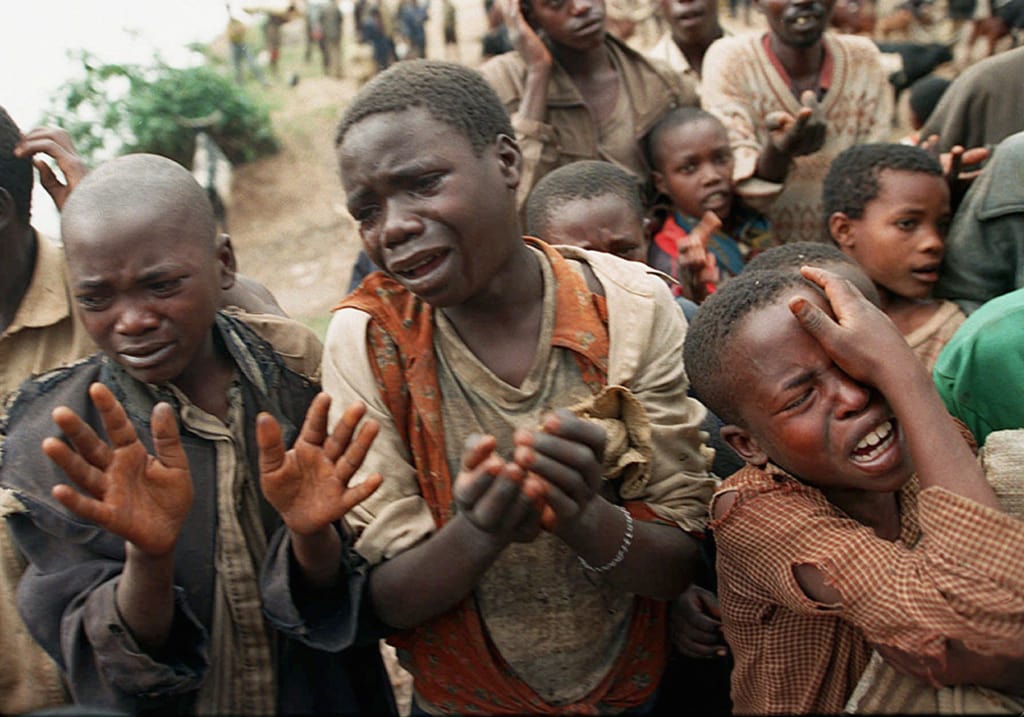 Rwandan refugee children plead with Zairean soldiers to allow them across a bridge separating Rwanda and Zaire. Photo credit: AP

The 100-day conflict is one of the deadliest genocides to ever happen in the world, with some people describing it as the “African Holocaust.”