When the Germans arrived in Tanganyika (present-day Tanzania) through the efforts of Dr Karl Peters, they did not anticipate Kinjeketile ‘Bokero’ Ngwale, a prophet will lead a rebellion against them.

Theirs was a largely violent regime to the point that Peters was referred to as “Mikono wa Damu,” Swahili for “Man with Blood on His Hands.” The colonial regime also subjected the natives to high taxation and forced them to not only pick cotton but also build roads.

The natives rejected these systems and were subjected to punishments such as whippings. They held the belief that they would rather die than provide labour to the Germans.

They also rebelled when the Arabs and native Africans chosen as administrators subjected them to slavery as well as fraud and extortion.

Kinjeketile’s childhood is largely unknown, but he was believed to be the chosen one.

According to legend, he was possessed by a spirit known as Hongo, which appears in the form of a snake. Hongo, in its snake form, dragged Kinjeketile into the water for 24 hours.

When he emerged, he was not wet.  It was from there that he started prophesying.

Kinjeketile claimed to have spoken to the Bokera, a deity and the ancestors who commanded him to lead the rebellion against the Germans.

He also encouraged the communities in the region and beyond to come together and fight against the common enemy: German colonial administration. 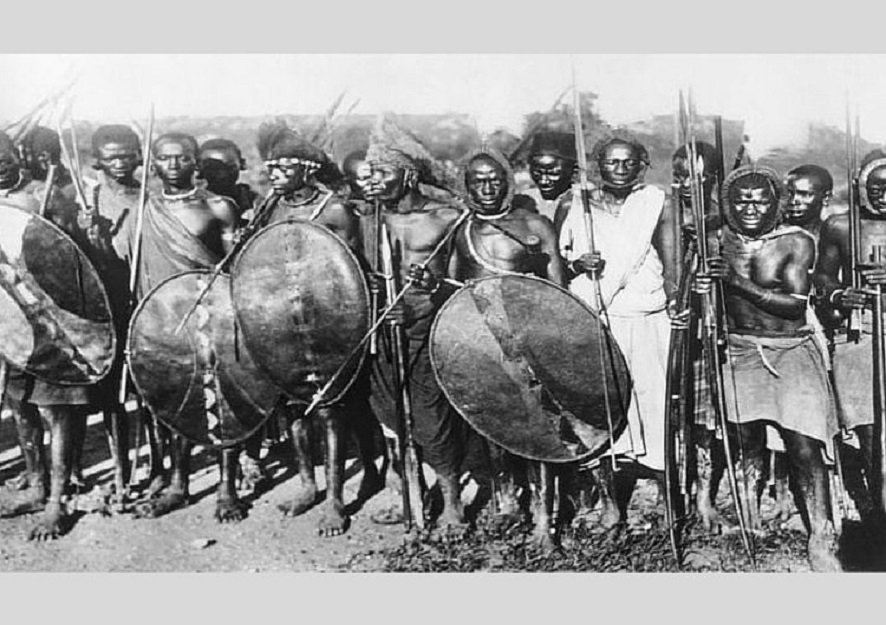 To help out the people of Tanganyika against the Germans, Kinjeketile gave them ‘holy water’ called ‘maji ya uzima’ (water of life). The water was believed to make people invulnerable. Once applied to the body, the bullets from the enemy would drop off without harming them.  Another legend says the water had the power to ‘turn bullets into water’.

Among his instructions to the people was for them to wait for his signal for the uprising to start. However, they became too impatient and decided to revolt in their own way: uprooting cotton.

The rebellion peaked in August 1905 when they tried but failed to overrun a German stronghold in Mahenge.

The Germans retaliated in October 1905, with an attack on a camp of one of the tribes, the Ngoni, marking the start of a counterattack against the rebellion.

The combination of guns and famine as a weapon led to the killing of more than 75,000 Maji Maji warriors between 1905 and 1907.  However, many believe that as many as 300,000 tribespeoples were killed, thus reducing the population of the region by three quarters.

It also led to economic strive, broke the unity of the people and caused the natives to lose trust and confidence in the medicine men because of Kinjeketile.

Kinjeketile was not alive when the Germans and Tanganyika people fought. He died shortly after the uprising, when he was hanged on August 4, 1905, for treason by the German colonial government.

Considered as the pioneers of nationalism in Tanzania, Kinjeketile is the subject of an eponymous play by Ebrahim Hussein that captures the spiritual experience leading to the Maji Maji uprising.