Diallo was a descendant of Muslim Fulbe religious leaders.  His grandfather was the founder of Bundu. Diallo was also a merchant and scholar.

In 1730, Diallo and his interpreter Loumein Yoas also referred to as Lamine Jay, Lahamin Joy, Lahmin Jay, Lamine Ndiaye and Loumein Ybai were captured by members of the Mandinka tribe. This occurred by the Gambia river. 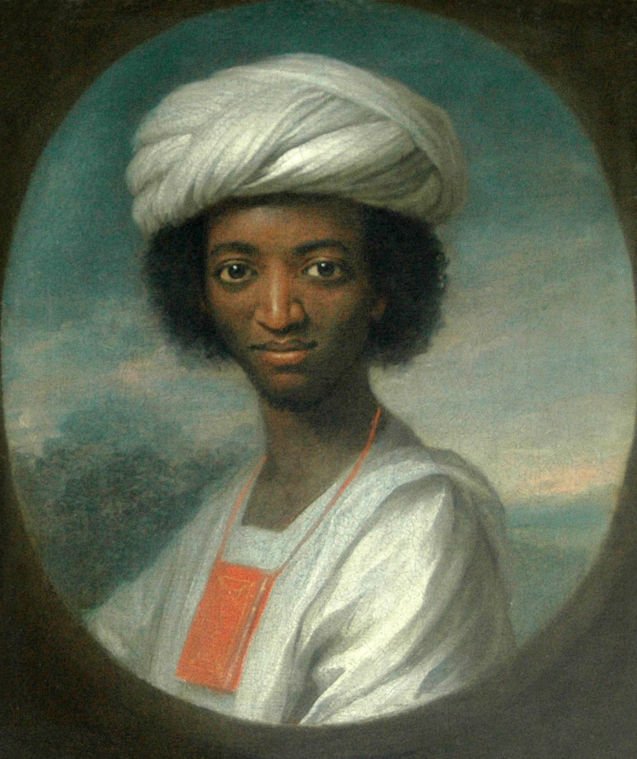 Diallo and Yoas were at the location to welcome friends back from a journey. They were also there to trade papers and slaves.

They were subsequently sold to the Royal African Company.  Diallo was settled in Annapolis, Maryland.

Initially ordered to work in the tobacco fields, he was later assigned to herd cattle due to the intense labor he wasn’t accustomed to.

Barred from practising his Muslim faith, Diallo would perform his prayers in the woods.  One day while worshipping, he was found by a young boy. The consequence for practising indigenous faiths was torture.  In an attempt to escape, Diallo was found and turned over to the Kent County, MD courthouse.

Reverend and lawyer Thomas Bluett of the Anglican Society for the Propagation of the Gospel found him.  Bluett took a keen liking to Diallo; he was also fascinated by Diallo’s intellect and knowledge of the Arabic language. Diallo could read and write in the language.

After writing a letter addressed to his father, the letter reached James Oglethorpe. Oglethorpe was the director of the Royal African Company.

Oglethorpe, in turn, purchased Diallo for what would now equate to $62.07.

In 1733, Diallo was sent to England. It was there he learned to communicate in English. He was also able to infiltrate the clique of the London elite.

Fearing that he would be sold into captivity again, Diallo secured support from Oglethorpe, some of London’s aristocrats – including the Duchess of Montagu, 2nd Duke of Montagu and Hans Sloane to name a few. Because of his connections, Diallo was inducted into the Gentleman’s Society of Spalding; a community of highly educated individuals that is still active.

In July of 1734, Diallo was finally able to return to the Gambia. His newfound homeland had been destroyed by war, his wives were remarried and his father died.

Undeterred, Diallo was able to resume the status he attained before his capture.  Ironically, he became an interpreter and slave trader for the Royal African Company.

Diallo relentlessly campaigned for the release of Yoas; he was granted freedom in 1738. Yoas promptly returned to the Gambia.

Diallo’s accounts are documented in the book, Some Memories of the Life of Job. The book was published by Bluett.  It is considered a key component in understanding the Atlantic Slave Trade and an in-depth look into slavery.