The New York premiere of Ojukokoro is scheduled for April 13, 2018

KJM3 Entertainment Group, the film distribution and marketing company behind the success of Julie Dash’s groundbreaking film “Daughters of the Dust”, will return to the theatrical distribution arena with Nollywood 3.0 – a genre of films exploring images and stories from the African Diaspora.

Nollywood 3.0 will debut with the North American premiere of “Ojukokoro (Greed)” at the Metrograph Theatre in New York on April 13-15, 2018. 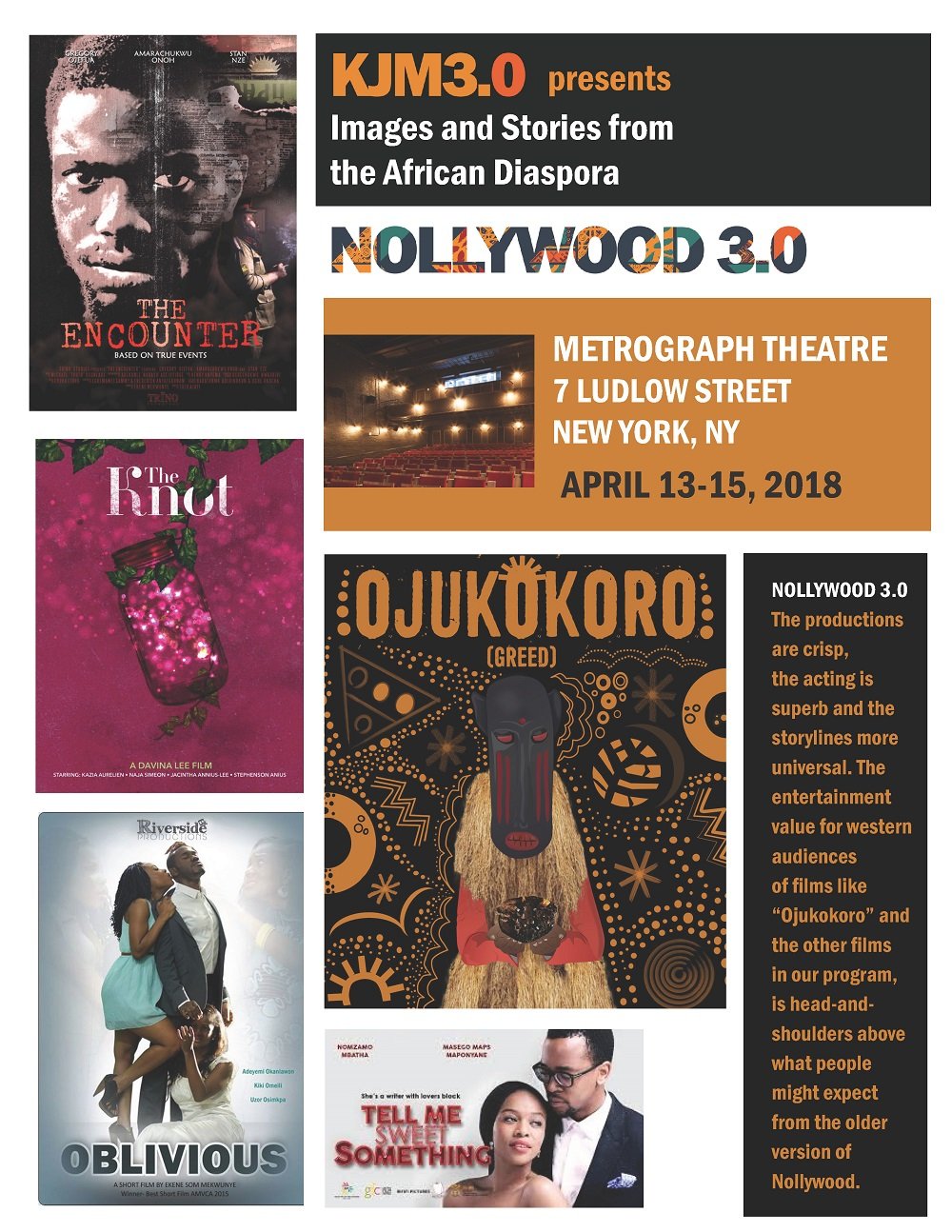 Combining the two unlikely genres of comedy and suspense thriller, “Ojukokoro” tells the story of an attempted robbery that goes very wrong from three contradictory points of view.  The film’s Nigerian-born director, Dare Olaitan, sees the New York premiere of “Ojukokoro” as a milestone and the dawn of a new era for Nigerian filmmakers.  “We can produce films that entertain both Nigerian and international audiences and this premiere is our chance to prove the case,” said Olaitan.  The first-time feature filmmaker and his producer, Femi Ogunsanwo, will be present for a Q&A session following the first screening on April 13, 2018.

Other films playing that weekend at the Metrograph, as part of Nollywood 3.0, include: “Tell Me Something Sweet”, a romantic comedy feature, produced in South Africa,            by Nigerian-born Akin Omotoso; two Nigerian short films “Oblivion” and “The Encounter”, both by Ekene Som Mekwunye and a short film from the Caribbean, “The Knot” by      Davina Lee.

“The Nollywood 3.0 productions are crisp, the acting is superb, and the storylines are universal, said Michelle Materre, a KJM3 partner whose curatorial work was recently recognized by The New Yorker magazine as “The Best Repertory Series of 2017.

“Nollywood 3.0 represents what we were missing back in the 90’s, a pipeline”, said Marlin Adams, another KJM3 partner.  He added, “while we were fortunate to be able to follow “Daughters” with “The Man By the Shore”, a highly acclaimed work by the Academy Award-nominated Haitian director Raoul Peck, at the time, there were just too few films from the African Diaspora to sustain a commercial distribution business.”

Formed by the partners of KJM3 Entertainment Group, KJM3.0 will continue its tradition of introducing the works of talented filmmakers from the Africa Diaspora to audiences in theaters and have plans to launch a video-on-demand, digital platform later this year.

The Metrograph, is located at 7 Ludlow Street, in Manhattan’s Lower East Side.