In spite of an ongoing campaign to get it banned from cinemas after portraying the Xhosa circumcision ritual for boys in the form of a gay love story, Inxeba (The Wound) has won multiple awards at the South African Film and Television Awards.

“It is extremely meaningful to all of us to be acknowledged by our South African industry peers. I am particularly thrilled that our incredible cast were awarded for their performances. Without their generosity and fearlessness, none of what this film has achieved would have been possible,” producer Cait Pansegrouw was quoted by IOL news site.

Since the trailer of Inxeba dropped in March last year, the backlash against it has been building. It got worse this year when the movie was released in cinemas nationwide in February. Protests were held, with some cinemas forced to pull the film after their workers were threatened.

The film portrays the traditional ritual of “ukwaluka” – a Xhosa initiation rite – as well as sexual identity in the form of a gay love story. 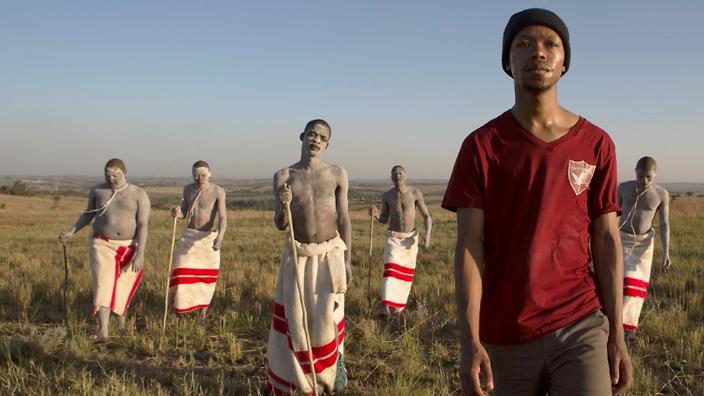 Uner Ukwaluka, thousands of South African boys each year undergo circumcision as a rite of passage across several different cultures. But the practice has come under modern scrutiny following the deaths of some of the initiates at the hands of unscrupulous practitioners.

Scores of South Africans do not know what goes on in the mountain during the circumcision and many advocates of the initiation argue that it is supposed to be so. Therefore, the depiction of queer love at the secret Xhosa ritual is what is getting people angry, as traditional leaders and social media users have described it as the appropriation of Xhosa culture.

The Oscar short-listed movie was subsequently banned in February from family cinemas by South Africa’s Film and Publication Board following the uproar. The Board rated it X18, the same as hardcore pornography.

The producers subsequently filed a lawsuit over what it called unlawful reclassification. Earlier this month, the court temporarily lifted the X-rated ban on the film pending the outcome of review proceedings. The producers of Inxeba have since returned to the courts over the matter involving the reclassification of the film after winning several awards at the just ended SAFTAs.