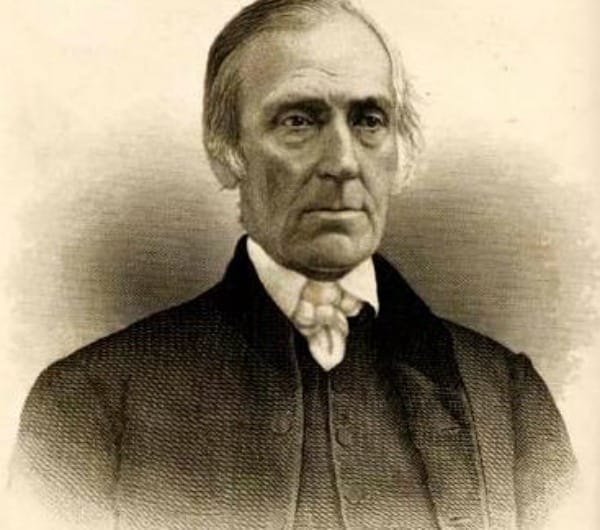 Abolitionist and Underground Railroad proponent Levi Coffin (pictured) was born on this day in 1798. As a Quaker, Coffin was led by religion to oppose slavery and reportedly helped thousands of slaves escape from their southern masters.

Coffin was born in Guilford County, North Carolina, to a family descended from English immigrants. Some Quakers allegedly held slaves, but the Coffin family was aligned with those in the group who opposed such practices.

As an adult, Coffin and a cousin created a Sunday School class where they taught slaves how to read, which was a forbidden practice. After a visit to the Midwest, Coffin moved to Indiana to farm and own land.

Coffin opened a store and began to amass an impressive amount of money, which he later credited with him being able to aid the “Underground Railroad” movement.

The Underground Railroad movement was sparked by a coalition of abolitionists helping slaves to escape the clutches of their masters in the southern United States and crafting escape routes for them in to Canada.

Coffin soon learned that his home was part of this vast freedom network and worked with freed Blacks where he lived, offering his home as a sanctuary for runaway slaves.

Coffin’s involvement was spread throughout the community and he faced threats and danger, but no harm ever came to him.

Coffin estimated that he helped around 100 slaves escape to the north each year, with his home being referred to as the “Grand Central Station of the Underground Railroad.”

Coffin was moved by his religious convictions to do the work he did, as noted in a book by Mary Ann Yannessa titled “Levi Coffin, Quaker: Breaking The Bonds of Slavery in Ohio and Indiana.”

After listening quietly to these counselors, I told them that I felt no condemnation for anything that I had ever done for the fugitive slaves. If by doing my duty and endeavoring to fulfill the injunctions of the Bible, I injured my business, then let my business go. As to my safety, my life was in the hands of my Divine Master, and I felt that I had his approval. I had no fear of the danger that seemed to threaten my life or my business. If I was faithful to duty, and honest and industrious, I felt that I would be preserved, and that I could make enough to support my family.

Coffin moved to Cincinnati, thus helping to bring the road to freedom through the state of Ohio. When slavery was ruled unconstitutional by the Fifteenth Amendment, Coffin retired and spent a year writing a book of his accounts titled “Reminiscences of Levi Coffin.”

Coffin died on September 16, 1877. He was 78. His home in Fountain City, Indiana, is now a National Historical Landmark.