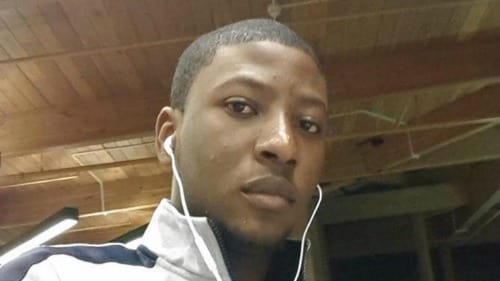 In a case that has Denver authorities scratching their heads, engineering student Levy Thamba Pongi, 17 (pictured), reportedly jumped to his death after eating a cookie that contained marijuana.

Said to be visiting the city of Colorado from Wyoming on March 11th during spring break with his three friends, the Northwest College student reportedly ate a marijuana cookie after one of his friends allegedly bought the drug from a local recreational pot shop.

“The friends told investigators that Pongi ate the cookie and ‘exhibited hostile behavior’ that included pulling things off walls and speaking erratically.”

And just when the friends say they thought they had gotten Pongi under control, Pongi allegedly jumped to his death from a motel balcony.

Pongi’s autopsy indeed confirms that “marijuana intoxication” is the main reason for his demise.

Michelle Weis-Samara, spokeswoman for the Denver medical examiner’s office, says that this is the first time that anyone has ever died in the area from edible marijuana, “We have not had that,” she said.

In Colorado, it is illegal for anyone younger than the age of 21 to be able to buy or possess marijuana. One of the friends allegedly responsible for buying the drug is said to have been of age.

Meanwhile, another friend claims to have tried to also eat the cookie, but stopped when he felt ill.

Pongi came to Northwest College only in January as an exchange student.

SEE ALSO: South African Student Dies After Being Beaten By Teacher in Class