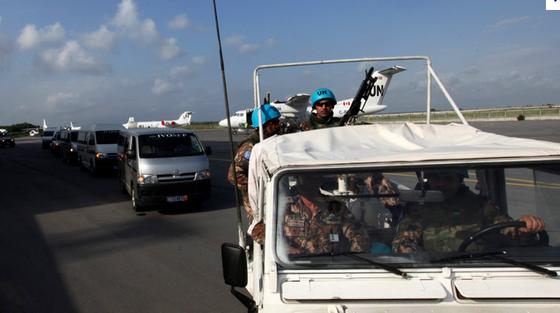 The Liberian government has announced plans to close its shared border with the Ivory Coast.

Cross-border violence has seen a hike in the past few weeks, gaining avid international attention when ten Ivory Coast civilians and seven United Nations peacekeepers were killed last Friday. Hundreds of people fled the area and the Armed Forces of Liberia (AFL) were deployed in an effort to control the tension around the border.

Along with closing the border, Liberian government has also temporarily suspended mineral mining. Refugee camps along the border are in the process of being relocated to areas farther away from the violence.

The Information Minister, Lewis Brown, made an announcement about the implementation of these measures in response to the attack on Friday. Seven Nigerien soldiers serving the United Nations Operations in Cote d'Ivoire (UNOCI) were attacked by unidentified men coming from the Liberian side of the border.

This increase in violence coincides with a stronger presence of UN soldiers in the region. One can’t help but wonder, is the presence of the UN helping tensions or heightening them?

The goals of the UN have been questioned by many in the region, especially the usefulness of the peacekeepers. Although Liberian officials have condemned the attacks, foreign media outlets have criticized them for not responding strongly enough.

The upcoming weeks will show how effective UN presence is in the region and whether or not deploying the AFL has a positive effect on settling tensions around the borders. The Liberian government is still searching for the identities of the men who caused the attacks.