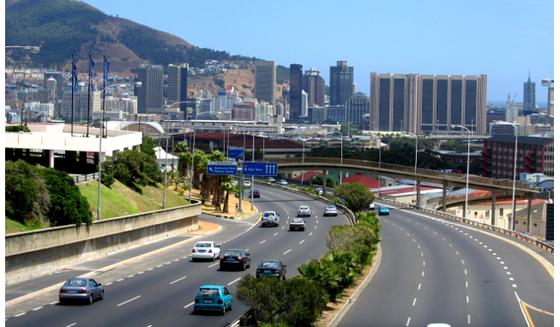 I embraced the opportunity to work on the African continent. I am now entering my sixth year working and living abroad, having accepted an assignment to direct my employer’s Johannesburg based southern Africa office in 2007.

Upon moving to South Africa, I was unprepared to be regarded as an American at all. Better writers have navigated the uncomfortable space that African-Americans find themselves in as they negotiate identity and the politics surrounding that concept. Perhaps, I wasn’t entirely unprepared. I had heard from friends who had visited West Africa that they were seen as somehow other than African by the brothers and sisters they met while traveling. They were perceived as neither entirely black nor white, but definitely not as African.

Multicultural and unequal, South Africa seemed a place where someone of my background could more easily navigate new terrain. The major cities did not seem noticeably different than what I had grown accustomed to in the U.S.  I viewed the country in many ways similar to a city like Atlanta; a black majority population with economic power largely in the hands of a market dominant white minority. Because of that familiarity, I assumed that I would fit in well. I exited the plane at O.R. Tambo International Airport with confidence.

That swagger was shaken by a familiar challenge. Securing an apartment close to my office in Johannesburg required an agent. That agent, a white South African woman, was surprised to find that the American she spoke to on the phone was very different in appearance than the voice and surname had led her to believe. At least that’s what her facial expressions and hesitant handshake illustrated to me when we met the following day. Eventually I found an apartment after many a choice became suddenly and unexpectedly unavailable a day or so after viewing. Again, none of this was new to me. That train is never late. I was having a very American experience with racism in those early days.

What surprised me more was my sudden elevation in class upon moving to South Africa. In Washington, DC my salary was good, but not great. Upon moving to Johannesburg, with that same salary, I was pushed so fast, so hard, and so close to the privileged and despised 1% that I didn’t know what to make of myself or my surroundings. A desire to have a short daily commute to work meant either living in a Johannesburg city center in a serious state of decline, or in a gated and guarded community. Those areas were protected against folks that looked like me. With some hesitation, I chose the latter.

A busy schedule led to the hiring of a housekeeper and a few years later with the birth of my first child, a nanny. I soon found that this was not uncommon among many middle and working class South Africans. A long work 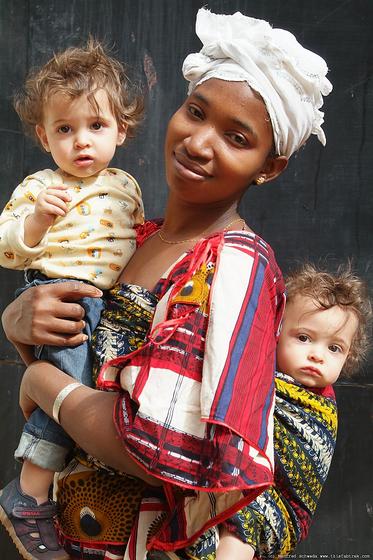 day and lengthy commute meant that most workers needed assistance in the home to have a balanced life. As an American, work/life balance was an unfamiliar concept, but it seemed to be of value in my adopted home.

Having for many years worked in the Washington DC, but living in Prince George’s County, Maryland, I was unused to being the only black person in a restaurant or movie theatre. Although I traveled to Soweto, Tembisa, and other black townships on occasion, being a very lazy driver meant that I mostly spent free time close to home. Outside of the workforce there were not a lot of people of color to see in Melrose, Sandton, or Rosebank.  I felt as if I had been exiled to the days of being the lone black student in AP classes as a teenager.

I attempted a close reading of white South African response to my presence in those early months. There is a popular myth that boils down to all racism having ended in South Africa with the election of Nelson Mandela. Mandela being transformed from revolutionary to a black Santa Clause-like figure is a topic for another essay, but touches on something relevant here. Like in America, there is an acceptable/exceptional black person waiver that allows some to be given an honorary white status in the minds of those who have chosen to negotiate race in a particular way. Being hurled into that Sidney Poitier/Jackie Robinson corner was not something I looked forward to dealing with regularly. Seeing frowns transformed to less than genuine smiles upon hearing my accent happened almost daily.

But before this becomes a rehash of 1990s Ellis Cose, let me move on to my interaction with people of color, particularly Africans, in a country where the overwhelming majority fit within that category. Race in South Africa is not as simple as the one drop rule that for so many centuries guided the discussion in the U.S. It’s much less complicated back home. Black technically could mean anyone who is not white in South Africa. But let’s not dwell on technicalities. African, Colored/Mixed race, Indian and White are the categories most often found in discourse on South African race relations. The legacy of Apartheid and pre-Apartheid race based policies dating back to the colonial era have as much of an impact on people of color in South Africa as slavery has on blacks in the U.S.

My first interactions with other blacks in South Africa surprised me. I work closely with trade unionists, most tied to the Tripartite Alliance. This a grouping made up of the Congress of South African Trade Unions (COSATU), the African National Congress (ANC), and the South African Communist Party (SACP). The politics in South Africa are far to the left and race is assumed to a point where it often isn’t stated. Class is more directly engaged. During Apartheid there were plenty of African people who worked closely with the ruling white minority government. Struggle credentials weren’t race based.

That COSATU’s police and prisons affiliate, the Police and Prisons Civil Rights Union (POPCRU), a union with well over a hundred thousand members, has openly supported the legalization of marijuana and the decriminalization of sex work was early indication that I had entered a different political space. Their members hoped that a change in criminal justice policy would reduce the ranks of non-violent offenders in South Africa’s prisons. POPCRU rejected the belief that there should be a surplus population that must be punitively dealt with by the state. The union pushed back against the militarization of policing that manifested itself in heavy handed tactics against civilians and the adoption of military ranks. This seemed a different world.

The questions most often asked of me in those early days, engaged the politics of my country and my employer. Instead of curiosity about unfair and unequal sentencing of African-Americans in the criminal justice system, I was asked about American foreign policy towards Cuba, Palestine, and Israel. Questions raised regarding why large numbers of American voters would support policies that seemed against their own interests were the closest I would get to a discussion of American race relations. Most blacks here weren’t interested in the American concept of race. They experienced enough headaches navigating their own.

Ethnicity and nationality seem more of a focus for South African blacks. When visiting neighboring countries, black South Africans often refer to the journey as a “trip to Africa.” As one of only two countries on the continent with the word Africa in the name, the reference struck me as peculiar. The legacy of Apartheid, its restriction of free movement, and its aim to be seen as an alternative to what was projected as continental, post-liberation chaos is tied to the way black South Africans view themselves and their continent at present. Similar historical elements can be linked to the way African-Americans see the continent as well.

Being the sole black student in the classroom through much of my primary education, I was called an Oreo by some. African-Americans are very familiar with the term meaning black on the outside, but white on the inside. Oreo is replaced by Coconut in South Africa. As more of the children of the black middle class are educated outside of the black community, they are traversing identity in ways similar to the generations following the Civil Rights movement in the U.S. That journey is messy and complicated. It has to be in a country that still remains one of the most unequal on earth.

Even with the many and rapid economic changes in South Africa, the national politics still speak to the poor. In a nation with an official unemployment rate of 24%, and large numbers of under-employed, and poorly paid black people, ignoring the poor, largely the case in the average American election cycle, simply can’t be done here. Real conversations about how public policy decisions affect human lives are happening daily—in the classroom, in the media, and on the streets. Activist energy is visible in South Africa.

With a black majority, private conversations that would take place in the African-American community are instead national debates in South Africa. Although discussions on poverty reduction are nuanced and multilayered, there is an increasing comfort in blaming the poor for being poor. This sounds no different than what the black middle class in America have always whispered and now can say openly. There is also plenty of interest in prosperity ministry. The belief that if you’re poor, you either aren’t praying or working hard enough, is beginning to find an audience in the new South Africa. It is indeed an interesting time.

After five years working in southern Africa I was presented with the opportunity to return to Washington, DC. After some thought, I decided to take my next assignment in Nigeria. Africa is a wonderful and complicated space. I am looking forward to experiencing the next chapter. 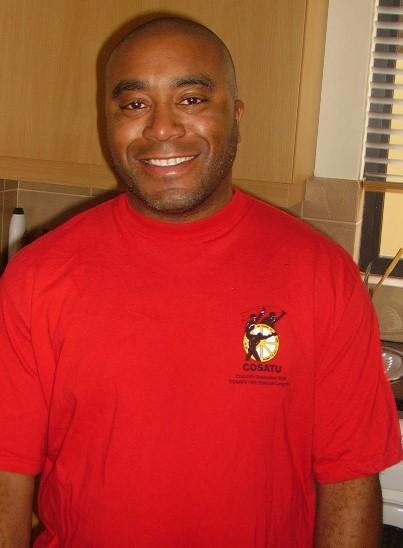 Christopher K. Johnson is the Country Program Director for the Solidarity Center, American Federation of Labor-Congress of Industrial Organizations (AFL-CIO) West Africa office in Abuja, Nigeria. In this role, he directs programming with the AFL-CIO’s counterparts in West Africa.

Before his recent transfer, he spent 5 years as the Solidarity Center’s Country Program Director for Southern Africa based in Johannesburg, South Africa. There he worked closely with the three South Africa national labor centers and union partners in Swaziland, Namibia, Mozambique, and Lesotho.