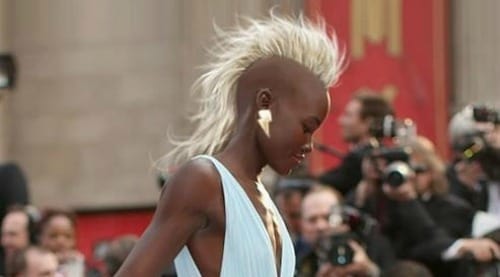 On Monday, Walt Disney Co.’s Lucasfilm announced that they have tapped  award-winning actress Lupita Nyong’o (pictured) to feature in “Star Wars: Episode VII,” according to Reuters.

SEE ALSO: Idris Elba To Film ‘Beasts of No Nation’ in Ghana

Scheduled to premiere in December 2015, Lucasfilm is yet to reveal which character Nyong’o will play, but they have already committed to making this iteration of “Star Wars” into a six-film saga, with a number of standalone spin-offs also slated.

Nyong’o’s name has remained on the who’s who list of the hottest actresses. Just a few months ago, makeup institution Lancome made her the face of their brand, then shortly afterward, she was named People Magazine’s “Most Beautiful.” It was also announced that the beautiful actress would join actor Idris Elba in the “Jungle Book.” Her claim to fame, though, was her role of “Patsey” in “12 Years a Slave,” nabbing her an Oscar.