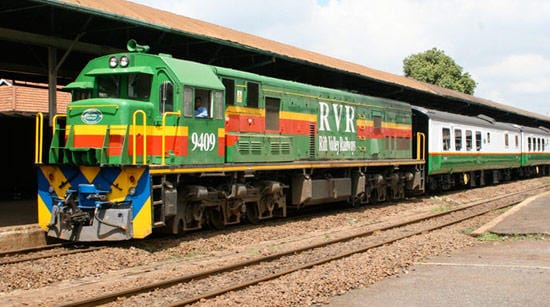 In an interview with reporters in October 2010, Kenya’s transport permanent secretary, Cyrus Njiru, expressed immense optimism on behalf of the government. “There will be great relief on the roads when we link JKIA with Embakasi and the city centre,” said Njiru. “This is part of the government’s traffic management policy.

In an effort to be “a world class provider of rail transport services”, Kenya Railways is currently remodeling stations in townships surrounding Nairobi, the country’s capital city. A station in Syokimau—slightly south of Nairobi—was the first to be completed and a station in Mombasa is soon to follow. Many interested in the construction of the new train stations point out connections to capital cities in Kenya’s surrounding areas will play an integral role in efforts to develop the horn-region of the continent.

Railway lines to Ugandan city, Kampala, has served as the inspiration for plans to extend lines into Ethiopia’s capital city, Addis-Ababa and most recently, Juba, the capital of newly-formed nation South Sudan. If Kenyan Railways enters a contract with foreign design company, Japan Port Consultants Ltd., the cost of extending the railway system to Ethiopia and South Sudan is estimated at $7.1 billion.  The proposed extension could be completed by 2018; however, development is currently on hold as Kenya Railways continues the search for funding.