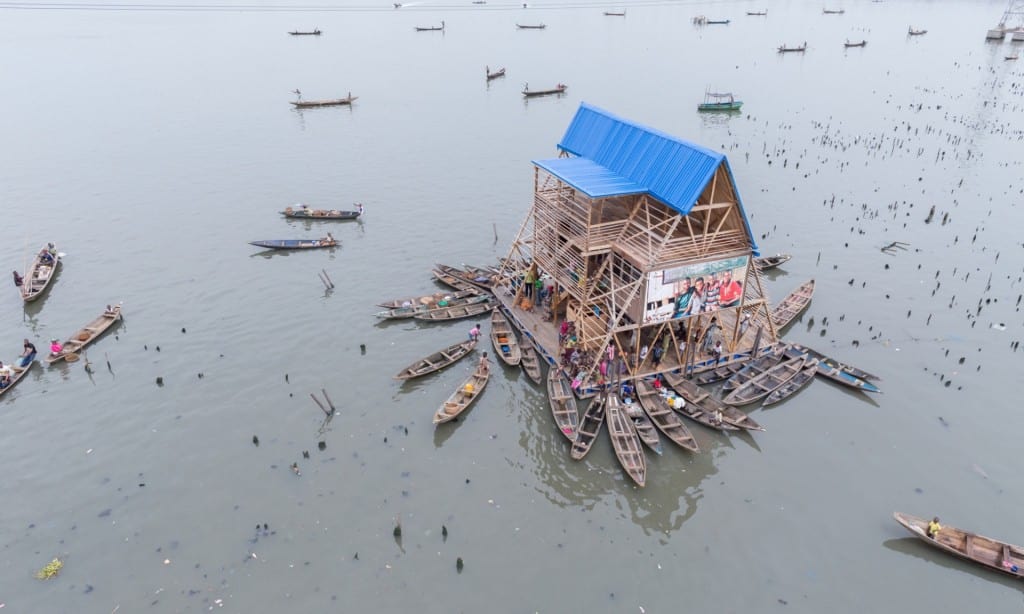 Makoko, Nigeria’s oldest slum that is built on stilts above water, faced demolition, after Lagos authorities announced that they wanted to turn the area, which has up to 100,000 residents, into a lucrative waterfront site. While a few thousands did indeed leave the area, architect Kunle Adeyemi came together with the Makoko Waterfront Community to create, design, and build the Makoko Floating School (pictured), which has given both a renewed hope and purpose to the lagoon community. 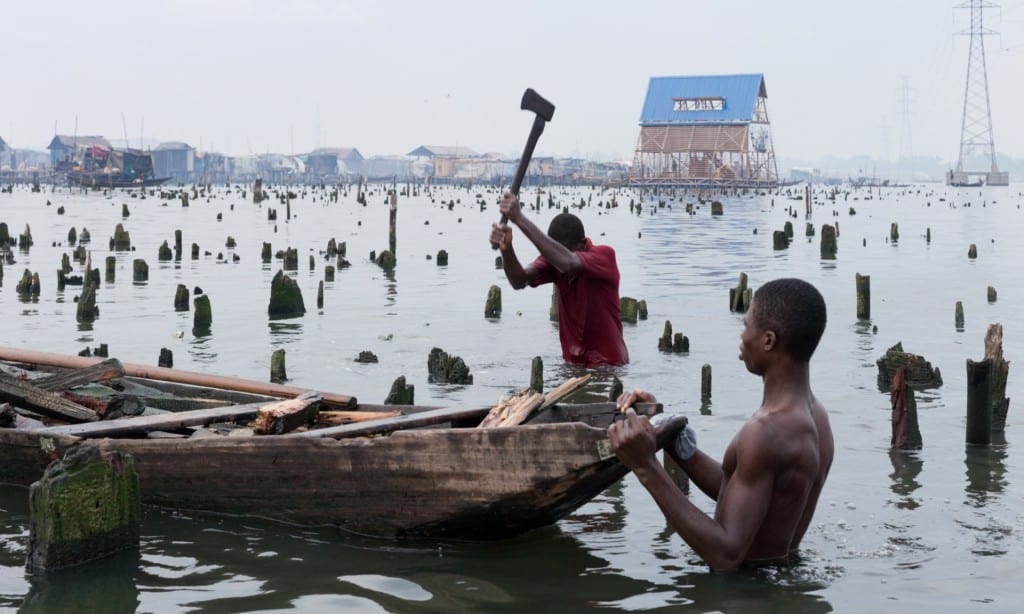 After seeing the school “rising like a beacon out of the murky Lagos Lagoon,” Jessica Collins, who writes of her experience with photographer Iwaan Baan, explains what inspired Kunle to create the floating school, particularly after local authorities had already decided to evict residents.

Around the time the evictions began, Kunlé Adeyemi began asking questions about the adaptability and sustainability of Makoko, and other such African coastal communities. The answers he got led to an immediate architectural response: his Makoko Floating School, completed in March 2013, would primarily serve as a school and community centre, while also being scalable and adaptable for other purposes. 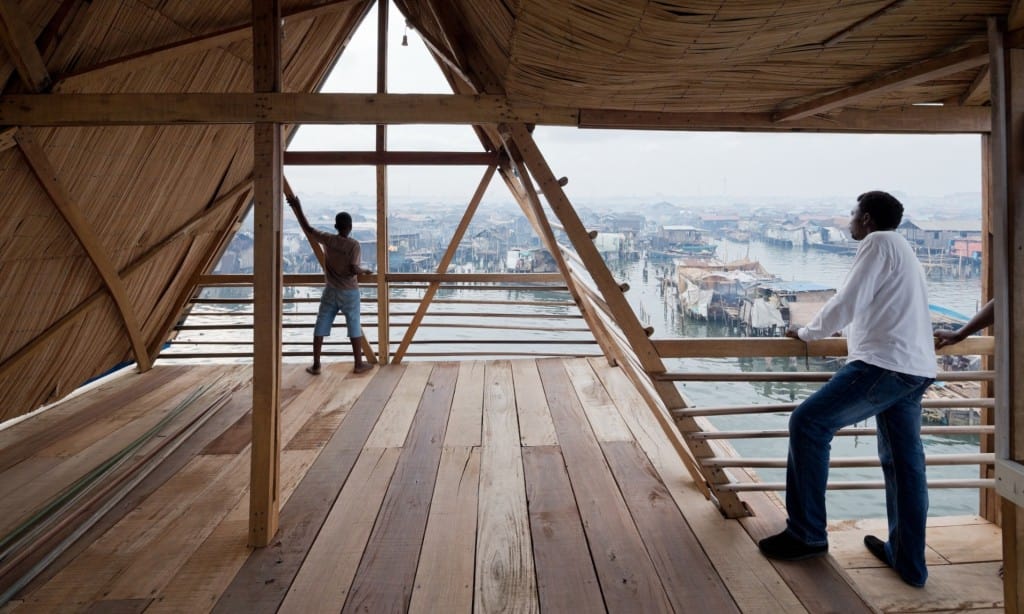 When he set about building the school, Kunlé was well aware the state government would show resistance to it, given the unplanned nature of the community. His first step was to look around the community for design solutions. In Makoko, there’s an “anything that floats” mentality when it comes to building materials, so Kunlé decided to buoy the school on floating barrels and locally sourced timber.

The aim of the school was to generate a new, sustainable building system for Africa’s coastal regions.

Unskilled local workers were hired to build the structure, with the idea that they could then go out and build their own homes with the techniques learned while erecting the school. Everyone in the community understands its value, not least because all of the materials used are ones they live with each day. 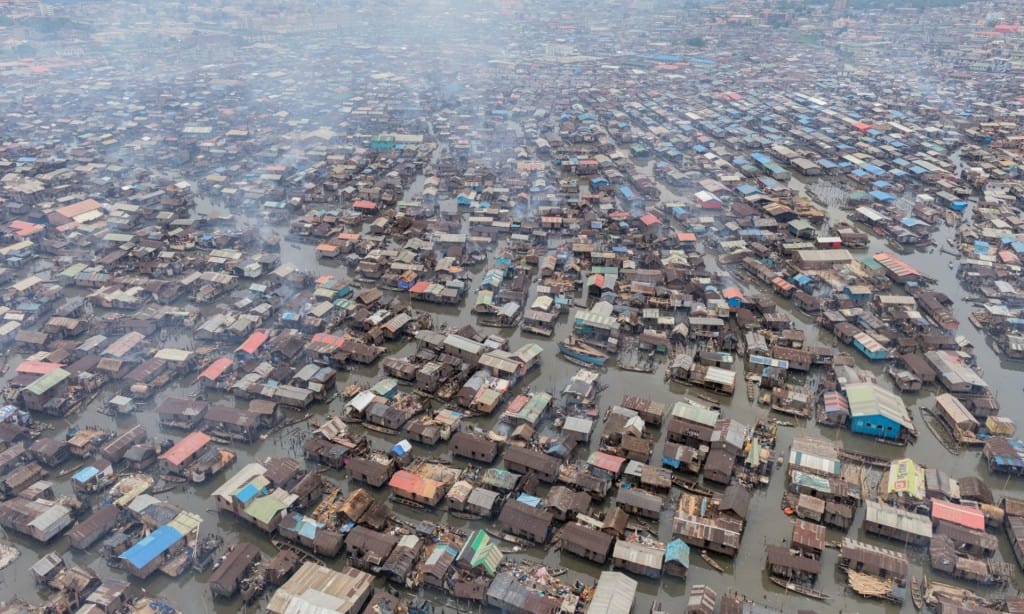 Two years later, the school has literally made Makoko a community worth keeping: On April 20th, Lagos officials announced that they would be using the architecture of the Makoko school to “regenerate” the community.

Makoko was on the verge of demolition in early 2013. Since then, its floating school has earned a “pin” on Google maps, and on 20 April this year, the Lagos State Ministry of Physical Planning and Urban Development announced it is considering incorporating the school’s structure into a regeneration plan for the entire Makoko community. 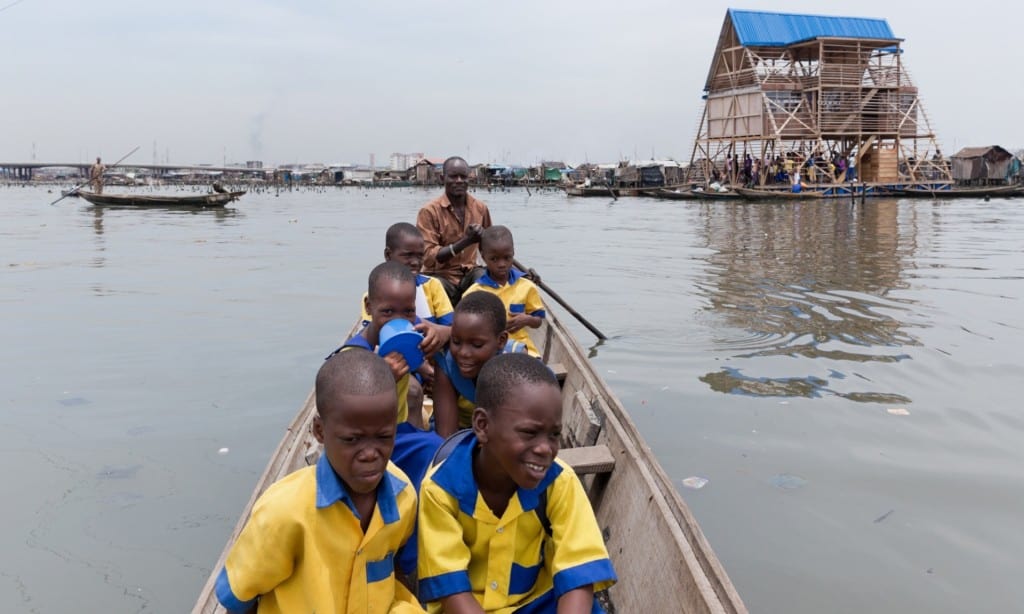 Makoko schoolchildren on their way back home after classes. Photograph: Iwan Baan

Speaking to officials’ change in value and perception of Makoko, Kunle says, “This is a rare and significant moment in history, where innovation is finally matched with an equally open-minded reconsideration of established policies.… [It] is an important signal for mobilising the local and global interest that is critical for addressing the challenges and opportunities posed by rapid urbanisation and climate change in developing African waterfront cities.”