With the date of Martin Luther King Jr’s 50th year anniversary of his assassination upon us (April 4), we are bound to reminisce and delve into the triumphs and struggles of the civil rights icon.  Unbeknownst to many, it is alleged that King – was in an interracial relationship before his marriage. 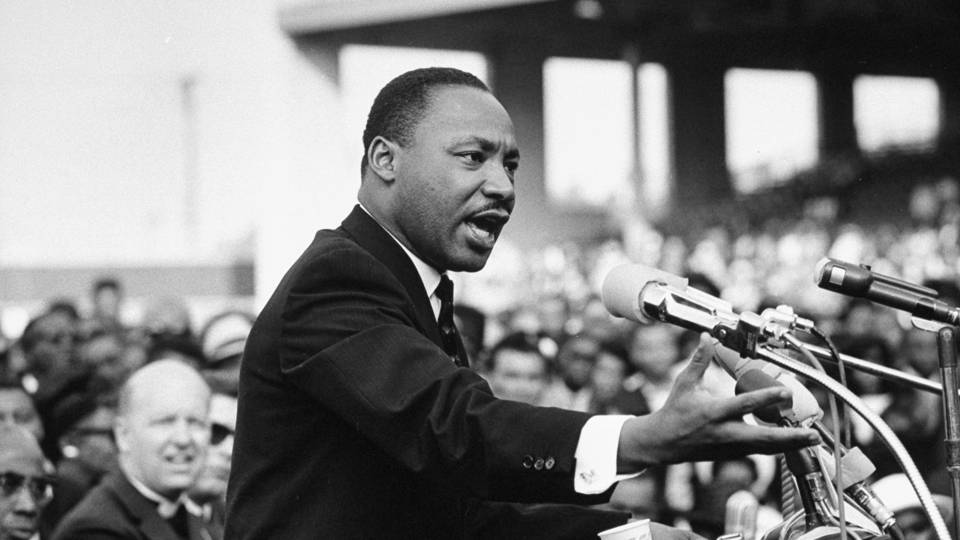 As reported by The Politico, Patrick Parr became acquainted with the fact that King fell for a white woman while reading a 1986 biography of King written by David Garrow named Bearing the Cross. Garrow documented the love affair of a white woman named Betty with King while the then 19-year-old attended the Crozer Theological Seminary in Chester, Pennsylvania. Parr later penned his own biography of King named The Seminarian: Martin Luther King Jr. Comes of Age.

After finding Betty Moitz he wrote: “From the start, Moitz and King’s relationship was anything but carefree. Almost all of King’s friends, including Reverend Barbour, tried to discourage him from staying with Betty, knowing what an interracial relationship would mean for his future.”

Cyril Pyle, King’s classmate at Crozer stated in an interview conducted in 1986, “I thought it was a dangerous situation that could get out of hand, and if it did get out of hand it would smear King, it would make his future hard for him.”

According to Parr, King and Moitz met while Moitz’s mother and grandmother were dieticians at Crozer.

King although enamored with Moitz knew that their relationship would be problematic and chose to keep it a secret.  He was particularly afraid of his mother’s reaction, as Moitz recalled: “He was worried what she’d think.”

After their second year at school, they appeared together in public more frequently, driving around Chester, PA. “I listened,” Betty says, “and he’d just talk and talk.” Nevertheless, when King’s sister, Christine visited him at Crozer as she would often, King decided to keep his relationship with Moitz low profile fearing his sister could tell his mother.

While he enjoyed Moitz company and seemingly loved her, King was torn about their relationship. It was then he sought the advice of his friend and classmate, Horace Whitaker.  Whit, as Whitaker was nicknamed, advised King to end his relationship with Moitz.  “I remember talking to him about that kind of marital situation and we had talked about it from the standpoint that if he intended going back to the South and pastoring at a local church, that that might not be an acceptable kind of relationship in a black Baptist church, and I think he would be valuing that in light of whether or not it was a workable situation, knowing his own particular sense of call,” Whitaker recalled.

King, married to Coretta Scott King would state in a 1964 biography named What Matter of Man by Lerone Bennett, “She liked me and I found myself liking her. But finally, I had to tell her resolutely that my plans for the future did not include marriage to a white woman.”

If King married Moitz instead of Coretta, would that change your perception of him? Why or why not? Would it have changed the course of the civil rights movement as we now know it to be?