With the ongoing civil strife in the Central African Republic, many key public and private installations have been destroyed, the majority of them being historical artefacts that told the country’s history.

But even in the midst of all the chaos, one man has taken it upon himself to preserve the endangered history, albeit crudely. In what used to be the residence of CAR’s first President Barthelemy Boganda, stands a national museum, which houses thousands of priceless relics that represent the country’s past.

This is the work of Abel Kotton, who has committed himself to collecting and preserving the nation’s most treasured artefacts in the rundown gallery. As the director of the museum, Kotton has a duty to catalogue, preserve and display the remaining vestiges.

Unfortunately, the double-story structure is already falling apart, with cracked walls and a leaking roof, endangering the invaluable historical objects stored inside.

Since its establishment in 1966, the museum has collected thousands of items of artistic, traditional and archaeological importance from all 16 provinces. Some of the relics found in the museum include traditional Puehl milk containers, handmade rifles, pygmy cooking utensils, traditional jewellery, among others.

But when the ongoing civil war broke out in 2014, the artefacts were quickly packed in boxes and locked up inside the museum for fear of being looted. Three years down the line, the centre has not opened its doors yet. 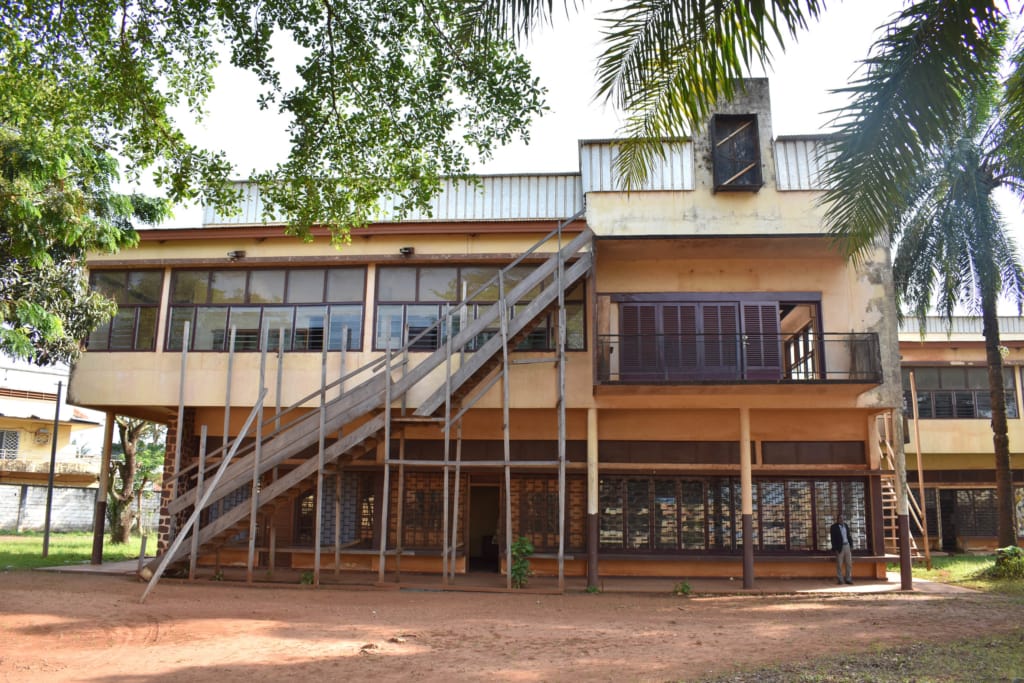 Although he has the determination to see the museum up and running, Kotton lacks the means, especially in terms of finances, to give the ramshackle structure a facelift. He’s currently looking for partners to help him rehabilitate the centre.

In his estimation, Kotton believes the whole restoration project will cost more than $126,440, which is hard to come by under the current circumstances in the country.

“We have to fix the leaks. Then secure the windows. Eventually, we want to build a new foyer to welcome visitors, maybe a coffee shop for refreshments and a souvenir shop so you can buy something on your way out,” Kotton told Mail & Guardian.

They also have plans to develop a website for the centre, where they can publish as much information about the museum as possible. But Kotton is alive to the fact that all these plans will only come to fruition once peace returns to the country.