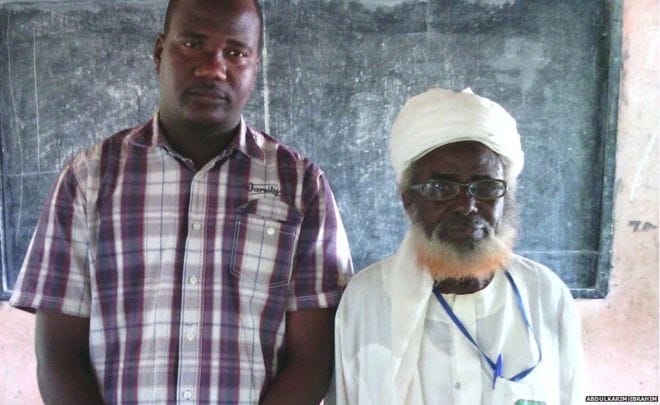 As a child, Mr. Modibbo wasn’t able to attend school because he was a trader. By his mid-80s, though, he decided it was time to make a change by beginning primary school.

While there, Mr. Modibbo pursued his education alongside students who could have easily been his great-great grandchildren.

The gap in age, though, didn’t discourage him from his dream of one day graduating from university; in fact, his motto is said to have been “it’s never too late.”

Of his attitude, Mr. Modibbo’s teacher, Abdulkarim Ibrahim (pictured), describes him as “easy going and jovial.”

“During classes, he was very attentive and asked questions when he didn’t understand — either asking the teacher or a student sitting beside him,” Ibrahim says.

That is why both family, friends, and students were shocked to learn of his “sudden death,” which, according to Ibrahim, robbed Mr. Modibbo of his dream.

But he isn’t the only nonagenarian to attend school. 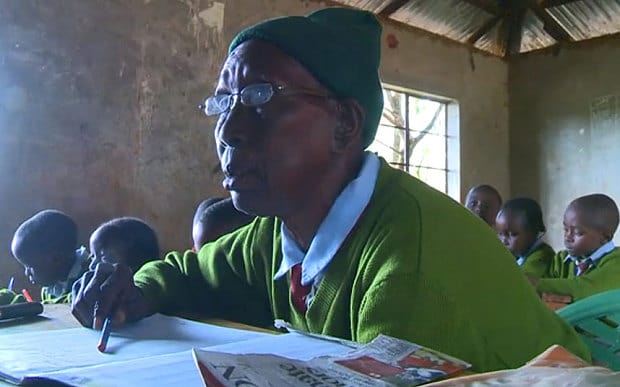 At 91 years old, Kenyan student and community midwife Priscilla Sitienei (pictured) is currently enrolled in Class 4 of a primary school in Ndalat “to inspire…[the] children who are living hopelessly, children who are lost.”

The current Guinness World Records holder as the oldest person to begin primary school, though, is the late-Kimani Ng’ang’a Muruge (pictured)  who started his studies in 2004 at the age of 84.

At the time, Mr. Maruge said of his reasons for going to school, “I was shown by God to go to school, and he encouraged me to study. That is why I am back in school.

In 2009, Mr. Maruge would die of stomach cancer, but was immortalized with a Google doodle earlier this year.