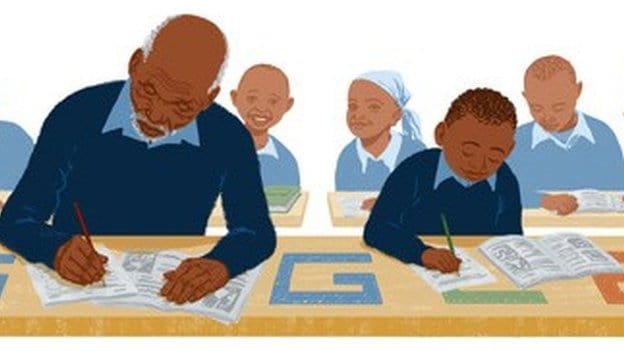 On Monday, January 12th, Google honored the current Guinness Book of World Records holder for the oldest person to attend primary school, Kimani Maruge (pictured), with a doodle on its Kenya homepage.

On January 12, 2004, 84-years-young Mr. Maruge decided to enroll in to Marura primary school — the same institution where two of his grandchildren had reportedly attended — in order to achieve his goals of finally being able to read the Bible and count, earning him the distinction of the oldest man in the world to enroll in primary school. 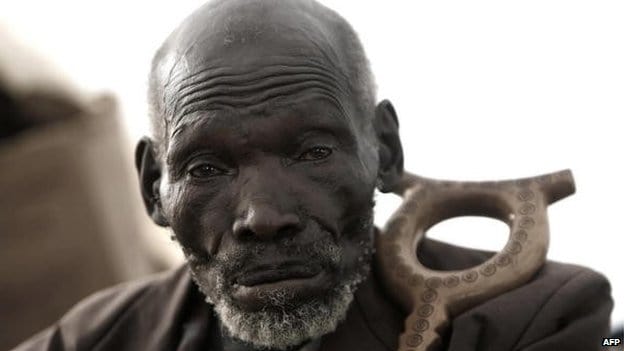 Google’s Communications Manager for East and Francophone Africa Dorothy Ooky explains why Google decided to remember Mr. Maruge on his anniversary 11 years later, “Kimani Maruge was an extraordinary Kenyan whose passion for education throughout his life shines as a beacon worldwide on the importance of lifelong learning.

“Doodles are used to celebrate the lives of famous scientists, artists, and pioneers throughout history, and Google is thrilled to feature a Kenyan whose life stood for such an important cause.”

Mr. Maruge, who was a part of Kenya’s Mau Mau liberation movement from the British in his prime, would indeed finish primary school, however, by 2009, he would succumb to stomach cancer.

SEE ALSO: Malians Save Hundreds of Thousands of Ancient Timbuktu Manuscripts in Face of Terrorists