Muhammad Ali, one of the world’s most celebrated sports and civil rights icons, was born on this day in 1942. In celebration with the world on what would have been the heavyweight champion’s 77th birthday, I decided to delve into an untold story: that of a complex man who held many stereotypes about Africa but who through visits and subsequent interactions with Africans, grew to see himself as an African and championed the cause of Black people everywhere. 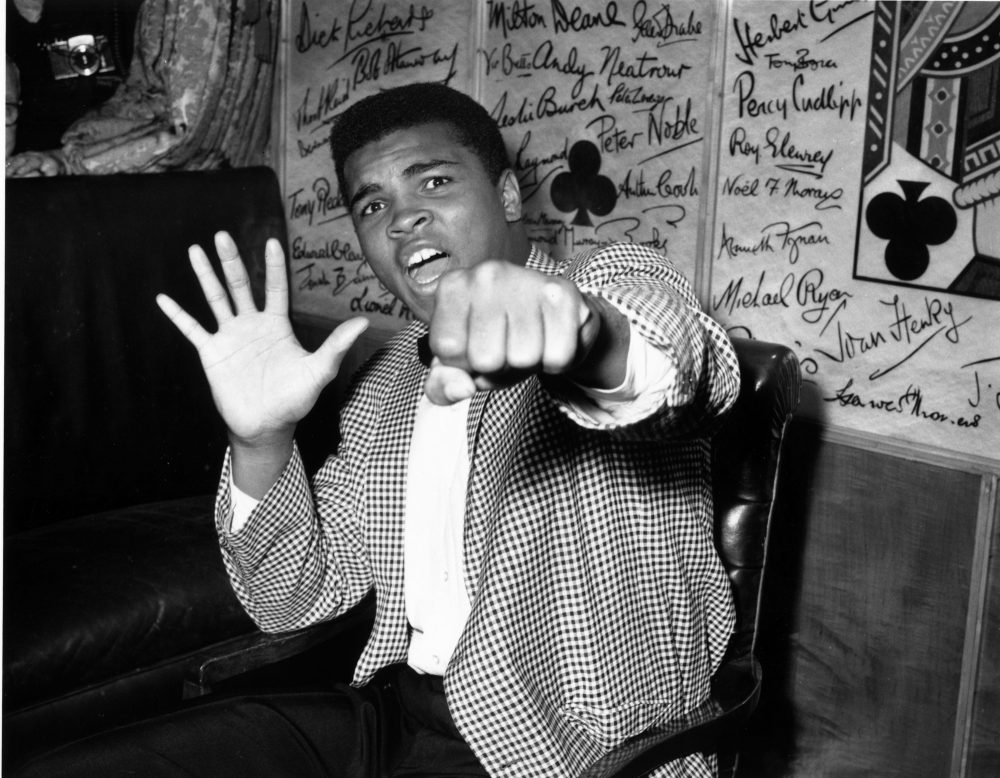 Cassius Clay Before His Visit

Muhammad Ali, previously known as Cassius Clay, held a lot of ill-informed beliefs about Africa, much of which was symptomatic of the period he lived in.

As a Slate article on Ali explained, American media was saturated with myths about Africa as Ali grew up. A Time article in 1953  about the British Gold Coast, later Ghana, described the colony as follows:

“a rectangular patch of jungle, swamp, and bushland,” …”nothing more than “a sunbaked wasteland,” filled with “primitive people” living “in holes in the ground; their women go naked with a tuft of leaves before and behind.” The “happy-go-lucky Gold Coasters” crowded “their mud huts with radios, sewing machines, bicycles, and even TV sets (though there is no TV station to tune in to).”

Ali was 11 years old when this feature was published.

It is no surprise that Ali would then regurgitate and perpetuate these misconceptions about Africa as he grew in prominence. In 1960, when a Soviet Union reporter asked him about being a second-class citizen in America at the Rome Olympics, he said the following, comparing America and Africa:

“To me, the U.S.A. is still the best country in the world, counting yours. It may be hard to eat sometimes, but anyhow I ain’t fighting alligators and living in a mud hut.”

In 1962, he told sportswriter Myron Cope the following about his encounter with two African men: “Man,” he chuckled, “I was down at the beach with two of them Africans. They so black they almost blue, but they said to me, ‘Cassius, we have to leave now and go put on our turbans and uniforms ’cause, if we don’t, people gonna think we’re Negroes”. 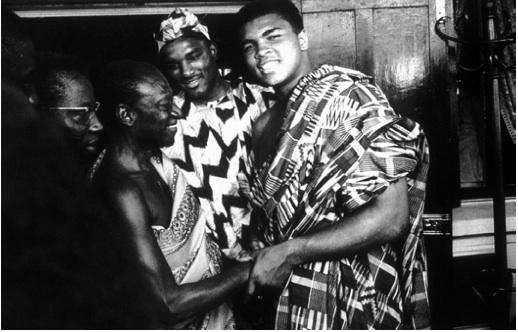 But after the Olympic Games, Ali had a revelation that would mark the start of his work as a civil rights activist and his conversion to the Nation of Islam.

Time explained the pivot as follows: “Ali said that the death of Emmett Till, the 14-year-old mutilated in Mississippi in 1955 for reportedly flirting with a white woman, had a deep effect on him. “In my own life, there were places I couldn’t go, places I couldn’t eat,” Ali said. “I won a gold medal representing the United States at the Olympic Games, and when I came home to Louisville, I still got treated like a n—-r. There were some restaurants I couldn’t get served in. Some people kept calling me ‘boy’.”

Finally understanding that his status and prominence would not shield him from the harsh racial antagonisms in America and from the influence of his friend and mentor, Malcolm X, Ali proclaimed, “I want to see Africa and meet my brothers and sisters.”

In 1964, the same year Ali became world champion after defeating title-holder Sonny Liston, he arrived in Africa, via the invitation of Kwame Nkrumah to Ghana to great fanfare, and explained the source of his ignorance:

We are glad to be back home to see things for ourselves, meet pretty Ghanaian girls, take pictures, and tell our people that there are more things to be seen in Africa than lions and elephants… They never told us about your beautiful flowers, magnificent hotels, beautiful houses, beaches, great hospitals, schools, and universities…

He continued, “I am an African, and my proper name is Muhammad Ali. There is greater dignity in my new name.”

Ali would go on to visit Nigeria, Egypt, Senegal, Algeria, and Morocco on the same trip. A decade later, at age 32, Ali’s legendary fight with George Foreman was held in present-day Democratic Republic of Congo in 1974.

The crowd of over 60,000 chanted, Ali Bomaye, in Lingala, meaning “Ali kill him”, solidifying his connection with Africans and putting Africa in the spotlight. 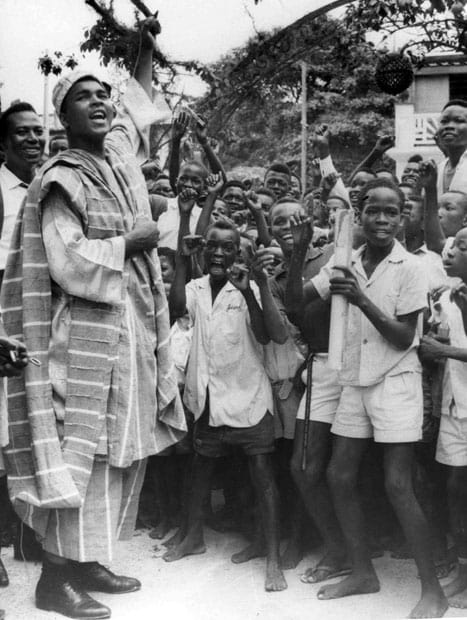 The Complex Man After the Change

Unfortunately, after his return to the United States, Ali reportedly said “Thank God my granddaddy got on that boat” after a reporter asked, “Champ, what did you think of Africa?”:

Historian Elliot Gorn explained that Ali came to even greater consciousness however as he grew. He wrote, “Clay later regretted the remark [ about Africans living in huts] when Louisville’s mayor prodded him to repeat it before a delegation at city hall and when a young Nigerian chided him for perpetuating a stereotype of Africa”.

Ali maintained a lifelong friendship with African leaders such as Nelson Mandela, with whom he shared many commonalities including the love of boxing. In 1978, he visited the United Nations where he attended a press conference with the UN Special Committee against Apartheid.

He visited the Rainbow Nation again in 1993 where he met Nelson Mandela. He continued to work on African causes even after he became ill with Parkinson’s disease. In 1997, he visited Ivory Coast on a goodwill visit to deliver food to 400 orphans in San Pedro.