The recent murder of a Congolese national in India has sparked fury and outrage among African nations, with the African community in India boycotting an “Africa Day” celebration scheduled for May 26. Last week, Congolese immigrant, Masunda Kitada Oliver, was killed in a fatal attack by a mob after an argument. This follows a series of recent attacks waged on Africans in India.

African students in particular have been the target of discrimination and racially motivated violence in the South Asian country. In 2012, Burundian Yannick Nihangaza was brutally beaten by a group of local youths in Punjab; he eventually died. Earlier this year, a Tanzanian student was beaten and stripped by a rampaging mob because she was black, apparently in response to an accident where an Indian woman was hit and killed by a car driven by another African student.

Eritrean ambassador to India Alem Isehage Woldemariam, who is also dean of the African group of heads of missions, has expressed outrage over the attacks, stating that envoys from 42 African countries have met and deliberated extensively on the recent attacks. The body has enjoined the Indian government to take urgent steps to curb incidences of Afrophobia and guarantee the safety of lives of Africans in India. 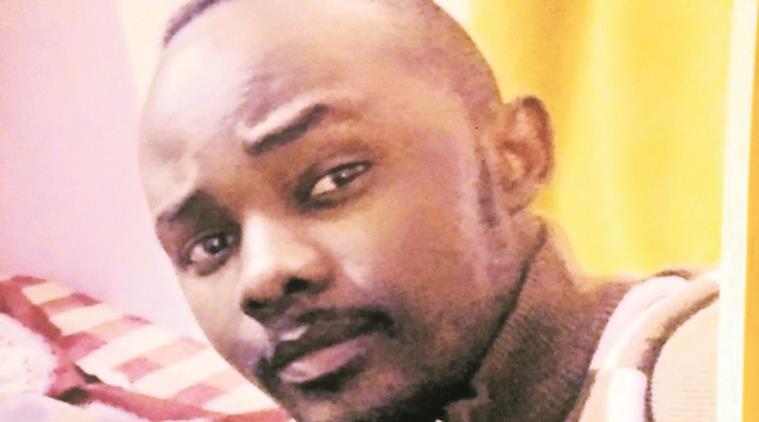 Masunda Kitada Oliver was beaten to death last week in the Vasant Kunj area of Delhi .

India’s External Affairs Minister has released a statement that assured the safety of African students. The authorities caution against the tendency to classify what may amount to the actions of a few criminal elements as racism, pointing out that arrests have been made, and that even a number of police officers have come under investigation for the way they are handling the situation.

Despite the assurances about their safety, many Africans in India have no doubts that they have been the victims of racially motivated violence. Many Africans students easily recount multiple accounts of racial slurs being openly thrown at them in public. Male students are constantly stereotyped as criminal elements involved in cybercrimes and drug peddling. The females repeatedly complain about being the targets of disrespectful catcalls, suggesting that they are sex workers.

Students say the authorities have sometimes been complicit or just plain careless in handling the issues. For instance official police documents have been known to refer to Africans as “kale”, a pejorative word for black people.

Admittedly, there have been a number of past misdemeanours from criminal elements within the black community over issues related to human and drug trafficking. Nevertheless, the overall treatment of African by a section of the Indian population leaves much to be desired. Public places like clubs and restaurants have been known to impose subtle bans on people of African descent, under the offensive pretext that blacks are more prone to violence. Many new African students also quickly learn that finding decent accommodation in the city and suburbs can be a tricky affair.

India, like many African countries, was colonised by the old British Empire, so one might expect Indians and Africans to forge a natural common bond from their shared history of repression by external agents. This hasn’t always been the experience for many African students, however. It is even more puzzling when we consider that Indians constitute a sizable portion of the immigrant population in several African countries and they have mostly been treated with the utmost respect.

The situation, however strained it seems, need not continue this way. The Indian authorities would do well to educate and re-orient its citizens about issues of race and diversity. The mass media especially has its work cut out improving the public’s perception about black people, since the bulk of the news reports on Africans in India is reflected in a negative light. When one considers India’s long history with the caste system and discrimination against its native-born Dalit population, the so-called “untouchable caste” of darkskinned Indians, it becomes clear that negative attitudes towards Africans will not disappear overnight.

While unwelcoming members of Indian society catch up to the global embrace of multiculturalism, it would also help if members of the African community on their part, try to assimilate and integrate to the extent permissible with their host communities. Learning the local language is always a good place to start. This actually serves a practical purpose as students can be easily handicapped when they cannot converse in the local language, making it near impossible for them to negotiate or bargain prices or handle the random stops and checks by the police who often suspect them of criminal behaviour.