The New York based National Black Theatre (NBT) has announced its plan to honor modern-day black storytellers with two heavy-hitting and humorous one-person shows in its 49th season.

Popularly known as griots, these black Storytellers and historians inform and inspire their communities – a tradition that the Harlem’s NBT hopes to celebrate and advance.

In a statement sent to Face2Face Africa, NBT says the season, themed “Black to the Future”, will include workshop productions from NBT’s resident playwrights Angelica Cheri, Nambi E. Kelley and Derek Lee McPhatter.

Those set to perform the two major one-person shows are Lizza Jessie Peterson, whose “Peculiar Patriot” is drawn from her close to two decades of experience working at Rikers Island, and Paterson Joseph, whose play “Sancho” brings to life another part of the Diaspora, the tale of the first Black brit to cast a vote.

“The 49th season – which includes workshop productions by resident playwrights – seeks to take stock of the present and look to the past to predict and help shape a brighter future for Black people,” the statement reads in part.

The season will “go back to the basics” of narrating stories while representing the main narrative of the griots – their cautionary tales and testimonies offering voices from black people’s past and present.

According to NBT’s Chief Executive Officer Sade Lythcott, the NBT hopes to create a future that holds up an unwavering mirror to self-evident first principles of America that all people are created equal and endowed with certain unalienable rights such as life, liberty and happiness.

The season, which will take place on the NBT Mainstage, will kick off on September 13 with the world premiere of the Peculiar Patriot. The play is about a self-proclaimed peculiar patriot who makes regular visits to penitentiaries to uplift the morale of her imprisoned friends and family, navigating love amid barbed wire fences.

Betsy LaQuanda Ross, the main character in the play, shares community stories and chatters, and recalls about family while offering an insightful indictment of the criminal justice system in her own authentic and distinctive style, with a lot of humor as well.

Liza Jessie Peterson is a celebrated actress, poet, playwright, educator and advocate, mainly known for her excellent poetic skills. She has also appeared in numerous feature films as an actress, including Love the Hard Way, A Drop of Life, One Giant Leap/What About Me, and more.

Paterson’s Sancho is set to close out the season on the NBT Mainstage, running from April 11 to April 29. It’s a one-man play that tells the story of Charles “Sancho” Ignatius, who was born on a slave ship but was never a slave. It’s an endlessly revealing and often hilarious play. 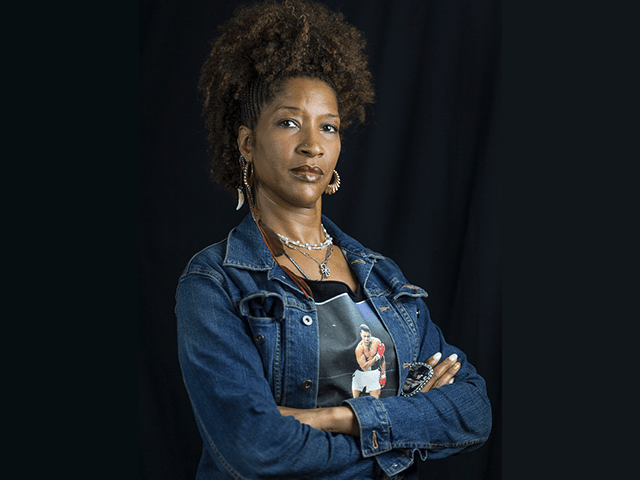 Paterson Joseph, a renowned British actor, is mainly celebrated for his befitting role in Casualty as Alan Johnson in Channel 4 sitcom. He has also featured in many other popular films such as “Survivors”, “Boy Meets Girl”, “Royal Shakespeare”, and “The Other Man”.

As the 2018 election draws near, the National Black Theatre has partnered with the New York Public Interest Research Group (NYPIRG) in an all-out effort to register community residents to vote.

“During the 2017-2018 season, NBT will sign up show attendees and neighbors alike to get New Yorkers on the rolls for 2018,” the statement says.

Lythcott, a daughter to the NBT’s founder Dr. Barbara Ann Teer, says the theatre intends to mobilize the black community in New York to register as voters so that they can possess the “most powerful tool to dismantle the master’s house” – the right to vote.

The National Black Theatre is a nationally recognized cultural and educational institution founded by Dr. Teer, a visionary, in 1968. It has grown to be a popular performance spot for African-American artists.