Although Africa often appears disadvantaged in many aspects, it is king when it comes to preservation of cultures. In fact, different African traditions have over the years influenced many global trends in important sectors such as music, art, culinary, and fashion.

But sadly this heritage is now under serious threat from modernity. Africans are slowly abandoning their traditions for western cultures that are often used as a measure of civilization and progress.

It is quite depressing to see most of the treasured traditions that have often defined Africans slowly fading away.

Here are some of the valuable African cultures on the brink of extinction. 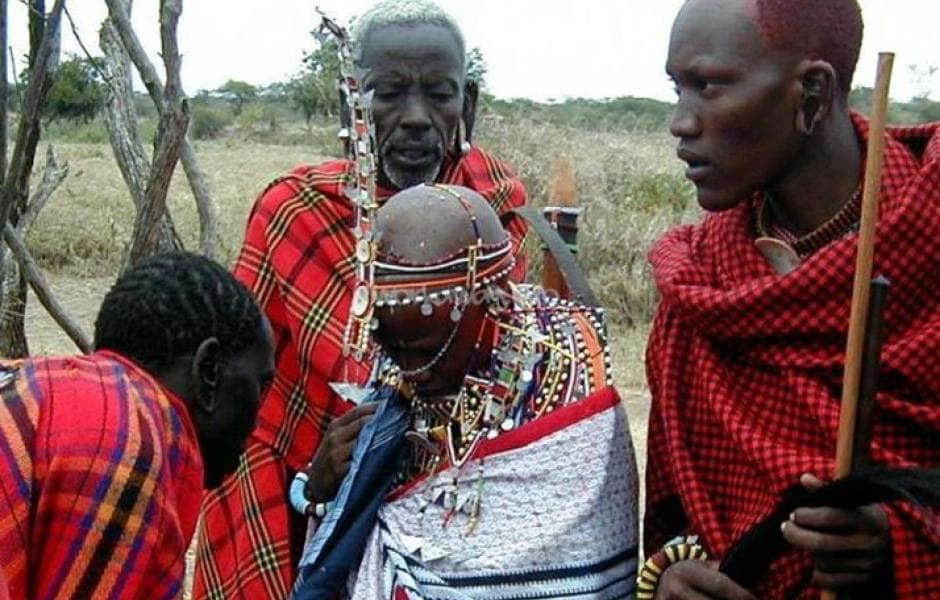 The Maasai people are among the few African tribes that have well-looked-after their traditions amid the sweeping wave of civilization. One of their most treasured cultures is the spitting ritual. When a baby is born, elderly relatives and family friends are allowed to spit on it as a way of wishing it a good life.

Adults are also spat on, especially when they are about to embark on an important journey or mission. In the Maasai community, which predominantly lives along the Kenya-Tanzania border, spittle from an elderly person is considered a blessing and a way of transferring one’s power to someone else. Unfortunately, the current generation abhors this tradition due to its seemingly unhygienic nature. 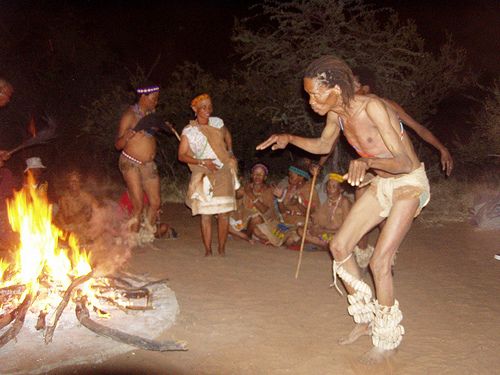 Khoisan is the unifying name for the two main ethnic groups residing in the South African region. Traditionally, the Khoisan people lived in the popular Kalahari Desert, away from civilization. This meant that they had to devise their own ways of dealing with chronic ailments since they could not access modern medicine. The healing dance, also known as the trance dance, was an integral part of the healing practice.

Led by elders and traditional healers, communities gathered around a fire at night, chanting traditional songs and breathing heavily to induce a spell on the patient. The dance offered a chance for healers to communicate with the community’s ancestral spirits and appeal for a quick recovery of the patient. Regrettably, very few communities in this region still observe the ritual. 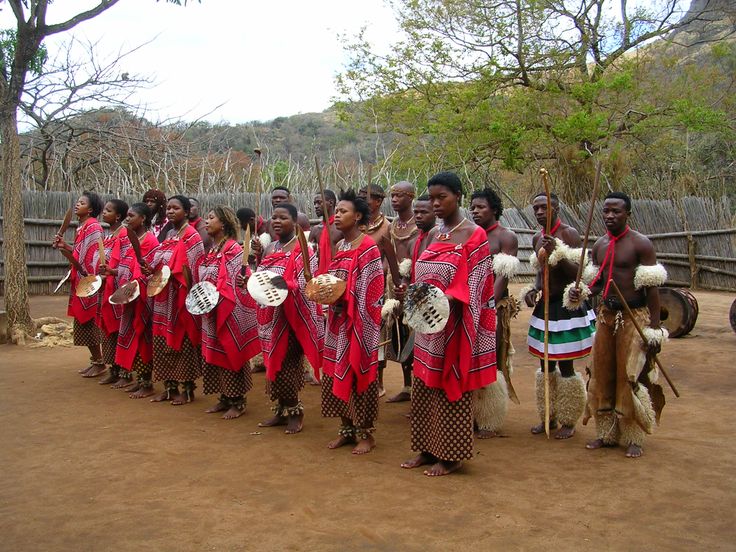 Lobola is part of the traditional wedding among the bantu-speaking people, especially those living in Zimbabwe, Swaziland, Botswana and Namibia. The practice is also referred to as “bridal wealth” and involves negotiations between the bride’s family and the groom’s, and ends with the payment of dowry.

It is usually a communal rite where representatives from the groom’s family meet with those from the bride’s to ask for her hand in marriage. The bride’s family then presents its proposed bride price, which can come in many forms, including money, cows, goats, and any other items that may be deemed necessary. Sometimes a groom may be required to give dozens of cattle as dowry. This practice is now facing the risk of extinction as more and more families continue to embrace church weddings. 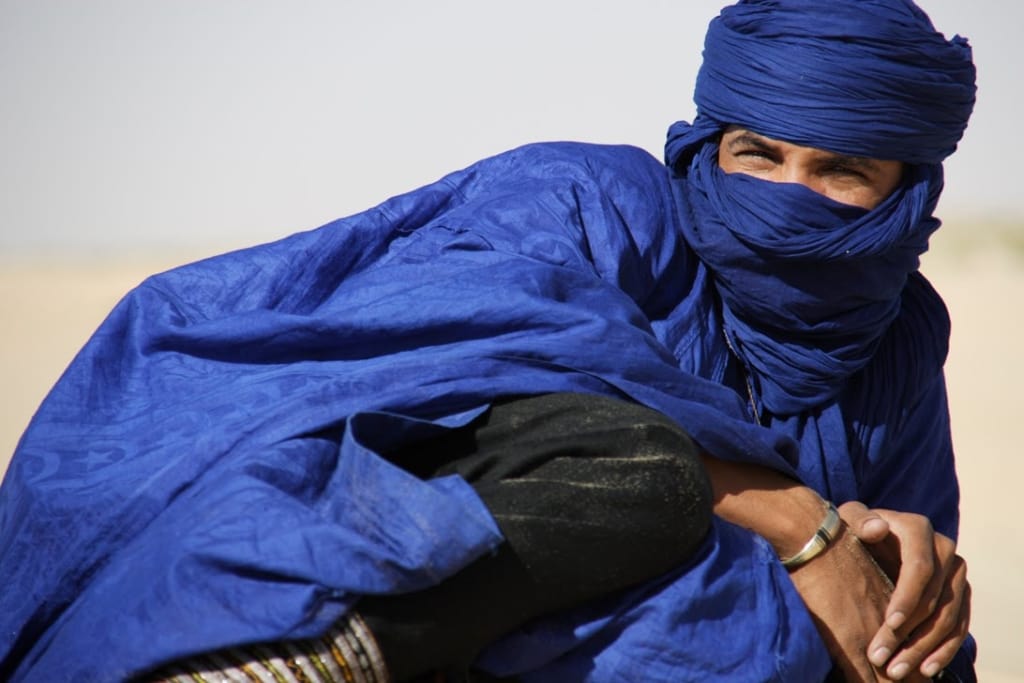 For centuries, men from the Tuareg community, a majority ethnic group belonging to the Berber tribe, have been wearing special veils known as Tagelmust. These veils, wrapped headdresses up to 7 meters long, are only worn by men. Strangely, the veil’s blue dye eventually leeches out into the wearer’s skin. 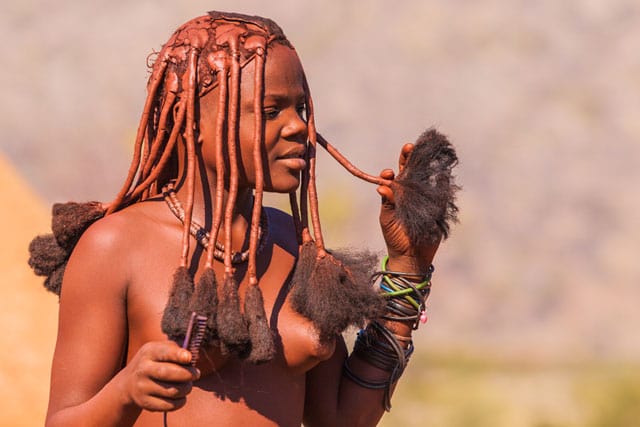 Women from the Himba tribe, a semi-nomadic ethnic group living in northern Namibia, treasure beauty. Traditionally, they decorated themselves with a reddish mixture of paste of butter, red ocher and fat called Otjize. The mixture was applied daily to the hair and skin to give a reddish skin complexion.

Although most Himba women insist that Otjize is purely for beauty purposes, some people allege that the sticky mixture is meant to serve as a sunscreen and ward off insects such as flies and mosquitoes. It is disheartening to learn that very few Himba women use this traditional beauty cream nowadays.

To the young generations, these distinctiveness African traditions are outdated and parochial. What’s more, they are being replaced with strange western cultures that are not only demeaning but also very expensive.