What is believed to be the only gold artefacts left of South Africa’s first black president Nelson Mandela have been sold for $10 million in bitcoin. The set of gold artefacts which weighs 20 pounds of 99.999 pure gold, includes Mr Mandela’s hand, palm and fist.

Malcolm Duncan, a South African businessman sold the artefacts to Canadian crypto-currency exchange firm Abitrade making it the first time artefacts of Mr Mandela have been sold in bitcoin.

Abitrade has paid Mr Duncan a bitcoin deposit that has been converted to $50,000, and the rest is expected to be paid in quarterly instalments of at least $2m, Bloomberg reports.

“They take possession when I have the dollar amount in the bank. At two-and-a-quarter million at a time, they take one hand at a time,” Mr Duncan was quoted by Bloomberg. 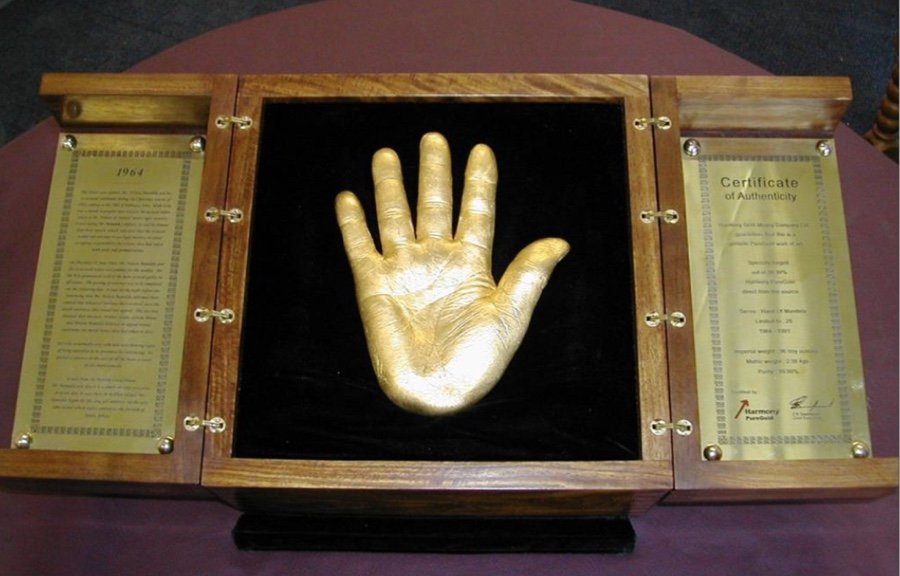 Mr Duncan, who now lives in Canada, bought the casts from mining group Harmony Gold in 2002 for about $31,000. Half of the money received was supposed to go to charity but it is currently unclear if that occurred.

Mandela spent 27 years in prison for attempting to overthrow the apartheid regime. After leaving prison in 1990, he served as president from 1994 to 1999 during which he ensured that human rights were respected and South Africans had a better future.

What makes Mandela’s gold artefacts valuable is because they are one of a series of 27 sets, with each one reflecting a year that he was imprisoned. The other sets of the collection were ordered to be destroyed by Mr Mandela following the scandals surrounding the sale of art bearing his image and name, according to Mr Duncan.

Meanwhile, Abitrade said it is planning to launch a global “Golden Hands of Nelson Mandela” tour to educate young people about the life of Mandela.