Marriage has been the last thing on the mind of Lulu Jemimah, a 32-year-old Ugandan woman pursuing a masters in creative writing at Oxford University.

But her parents would have none of than that and for years now have been pestering her to get married.

Sick and tired of being asked when she would settle down, Jemimah finally gave in and decided to marry herself at a mock wedding ceremony that cost only Ksh260 ($2.6).

The event took place in Kampala, Uganda at the Quepasa Pub on August 27, 2018, with formal invites sent out to her friends.

Local media reports that Jemimah hired a dress, walked through the venue doing the traditional wedding march and explained in a speech to her guests why she didn’t have a groom.

“I have a strong passion in life and I am committed to achieving my goals at becoming an academic.

“But all my family wanted to ask me was when I planned to get married, which is very important back in Uganda, followed by when I would be having children and starting a family.

“Every birthday my mother prayed for me and in recent years this has included a plea for a good husband. But I just didn’t want to think about walking up the aisle. It’s not the thing which keeps me up at night.” she said. 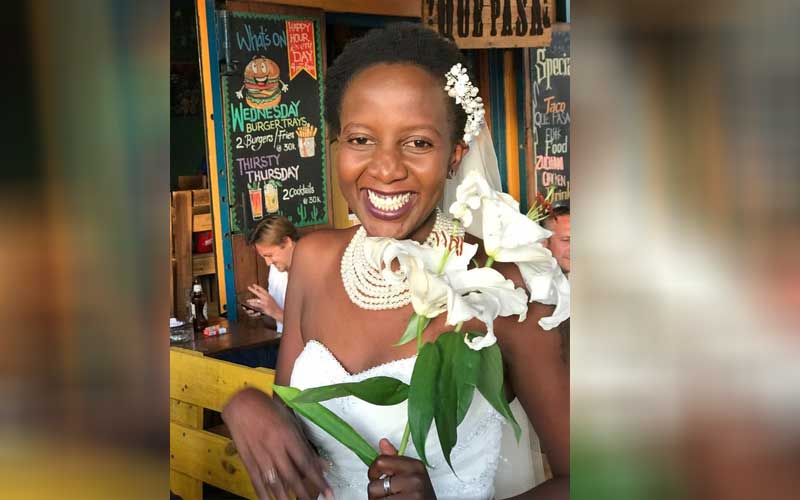 Jemimah, who is happily single, had worked as a freelance journalist and a communication consultant for the International Organisation for Migration before receiving a BA Media (film) scholarship from Macquarie University in Australia.

She went to the UK after her studies in Australia and applied to Oxford University to do a master’s degree, which she began in August 2017.

Yet all her parents could only talk about was when she was going to settle down and this compelled her to marry herself when she returned home to Uganda for her birthday in August.

She arranged the ceremony to coincide with her 32nd birthday; a friend who works as a web designer made the invites and another paid to hire her dress, while her brother baked her cake.

“As soon as I sent these out I immediately received phone calls asking who the groom was. I told people it was a surprise.

“It really is a special moment and I understood more than I had the excitement around weddings.”

Though her parents didn’t attend the ceremony, Jemimah said she later went to explain her actions to her mother. 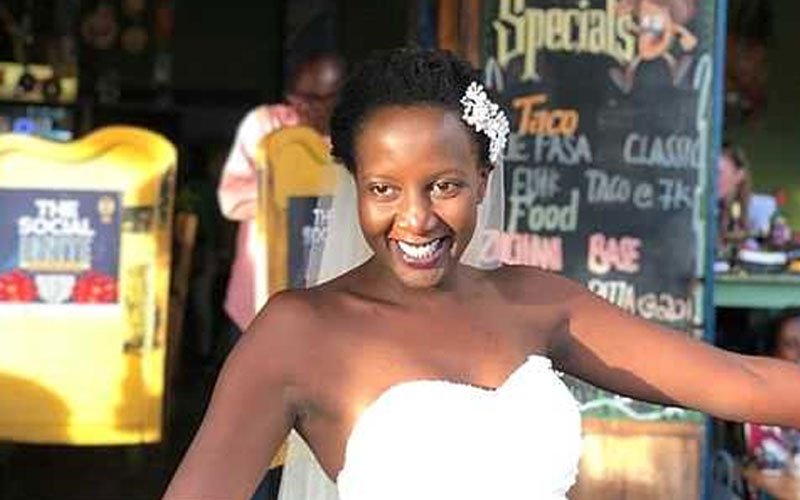 Ugandan woman marries herself out of pressure

The Ugandan Oxford student is actually just the latest in a growing number of women across the world who have decided to show eternal love to themselves through self-marriage, often following social pressures to settle down.

In some traditional African settings, both men and women at a certain age, are expected to move from their parents’ home to start life on their own and with their partners.

Due to factors such as the increasing rate of youth unemployment and financial difficulty, many young people are unable to leave and to confront the situation, young Angolans this year began an Operation Leave Home campaign that highlights the reasons many of them are still stuck at home. 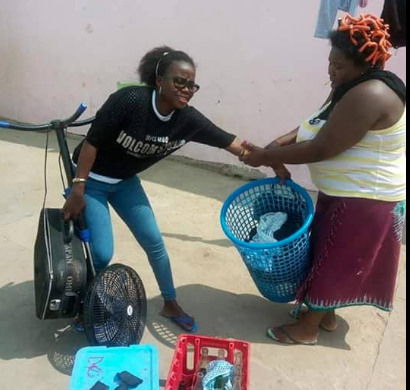 Scores of young people who have taken part in this social media trend post images of themselves packing their things and moving out of their parents’ home, “an act of defiance and victory for those working toward personal independence”, according to Global Voices.

The social media trend has since become an act to protest the harsh living conditions of the people and also to reinforce the idea that it shouldn’t be so bad for young people to want to live at home with their parents.

Likewise, there should not be anything wrong with an educated young woman who would want to pursue her studies before thinking of marriage, as in the case of Jemimah.