Today marks the birthday of one of the world’s most well-known African-American poets.

The writer, commentator, activist, and educator was born on June 7th 1943 in Knoxville, Tennessee.

She studied history at Fisk University where she developed her interest in activism. She graduated in 1968, the height of the Civil Rights movements and the year of the assassinations of Bobby Kennedy and Martin Luther King, and started publishing poetry around this time. Her works quickly became a significant contribution to the Civil Rights movement. 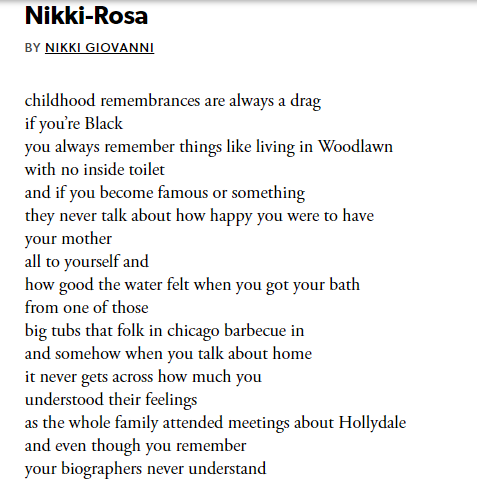 Her first book, Black Feeling, Black Talk, came out in 1967, and her second Black Judgement, a year later. In 1970, she released her work Re: Creation. Together, these books made her one of the leading voices of black America.

According to Mypoeticside, “her early work was obviously militant and presented radical ideas, calling for black solidarity and a unified vision”. But in today’s world that’s more socially conscious and Pan-African, her ideas are not radical after-all.

“The books were an instant success with Black Feeling, Black Talk selling 10,000 copies and her first live reading at Birdland in New York was a sell-out, the audience packing in to hear what she had to say. She seemed to split the critics, appearing too revolutionary to some and overtly naive in her opinions to others. Black Judgement was another big seller and included one of her most well-known works, Nikki-Rosa, which explored her early childhood and broadened her appeal beyond those who saw her just as an activist poet.”

Giovanni is also an educator. She began her journey as a teacher at Rutgers University in 1969 where she taught for years before moving to Virginia Tech where she created a publishing organization for black, female writers.

Giovanni has proven especially adept at using words to express a myriads of life issues and ideas, outside of race. Once a mother, Giovanni began writing verses for children, such as Spin a Soft Black Song in 1971.

In 1972, she published her collection, My House exploring issues such as love and loneliness. Her poem Cotton Candy on a Rainy Day expanded on the theme in 1978.

In the late 1990s, she published Blues and Quilting the Black Eyed Pea on her battle with cancer. 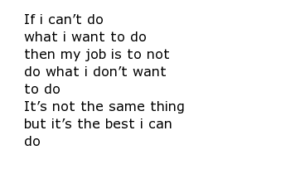 Giovanni has won numerous awards, among them the Langston Hughes Medal and NAACP Image Award. She was nominated for a Grammy Award for her poetry album, The Nikki Giovanni Poetry Collection and has been named one of Oprah Winfrey’s 25 “Living Legends”.