Nineteen Ethiopian migrants are believed to have suffocated to death after their bodies were found inside a truck in Democratic Republic of Congo.

According to Standard Media of Kenya, “Another 76 Ethiopians were found alive inside the container on the truck when it was stopped…near the Zambian border on Thursday, the interior minister for the province of Haut Katanga, Ufwa Kasongo Kibali, told Reuters.”

The United Nations’ Radio Okapi says the migrants were in transit to South Africa and the survivors have been handed over to the Zambian consulate.

Ethiopians on the Move 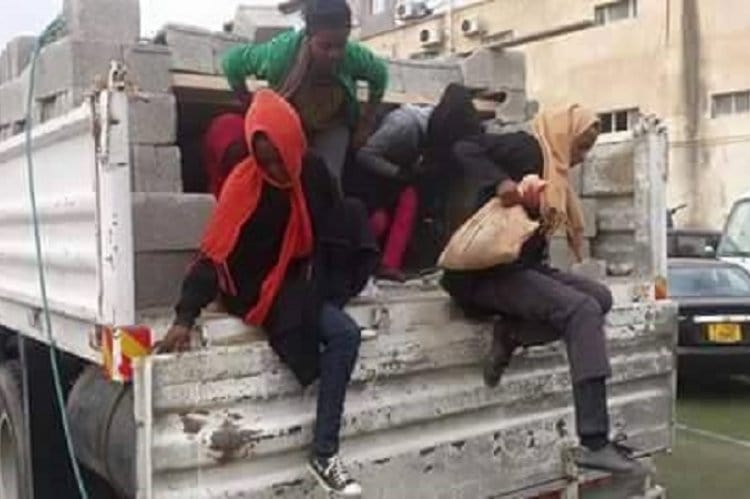 Around 100 Ethiopian migrants, both men and women, intercepted in Tripoli, Libya. They were skilfully hidden in a truck fully loaded with concrete blocks. Libya Observer

While Ethiopia is not engaged in civil war, many other factors such as overpopulation and perennial drought have contributed to the perpetual migration. With an estimated 90 million people, Ethiopia is presently the second most populated African country after Nigeria. However, it is experiencing one of the worst droughts in 50 years, forcing many Ethiopians to flee to neighboring countries in search of greener pastures.

Many who cannot legally immigrate however place their lives in the hands of human smugglers who have little regard for their welfare. Each year, thousands of Ethiopians are intercepted at various border points trying to reach Saudi Arabia, Yemen, Israel, South Africa, and Europe.

The East African Community appears to be overwhelmed by the growing number of undocumented immigrants from Ethiopia, who usually enter the countries illegally in packed truck containers. In 2012, 45 Ethiopian migrants were found dead in an enclosed container in Central Tanzania, and in February 2014, more than ten perished en route to Yemen when the boat carrying them capsized at the Gulf of Aden in Djibouti. Another hundred-plus migrants from Ethiopia and Somalia died in January this year while travelling to an unidentified destination.

Many immigrants have died while trying to reach South Africa, which is thousands of miles away from Ethiopia.