Former Vice-President of Democratic Republic of Congo and Congolese rebel leader Jean-Pierre Bemba has been sentenced to 18 years in prison by the International Criminal Court.

The 53-year-old ex-leader of the Congolese Liberation Movement was found guilty of several war crimes and crimes against humanity committed by his rebel group in the neighboring Central African Republic between October 2002 and March 2003.

The Hague-based court found him guilty of turning a blind eye to his militants who killed, raped, and looted in CAR.

“No reasonable trial chamber could have convicted him of the charges he faced,” Bemba’s lawyer Peter Haynes said in his appeal notice.

Mr Haynes further argued that the trial judges misinterpreted and misapplied the law in Bemba’s case, adding that they took an unjustifiable approach to the evidence. He termed the entire process a mistrial.

The prosecution wanted Bemba to be jailed for 25 years after he was found guilty of five counts in March this year. 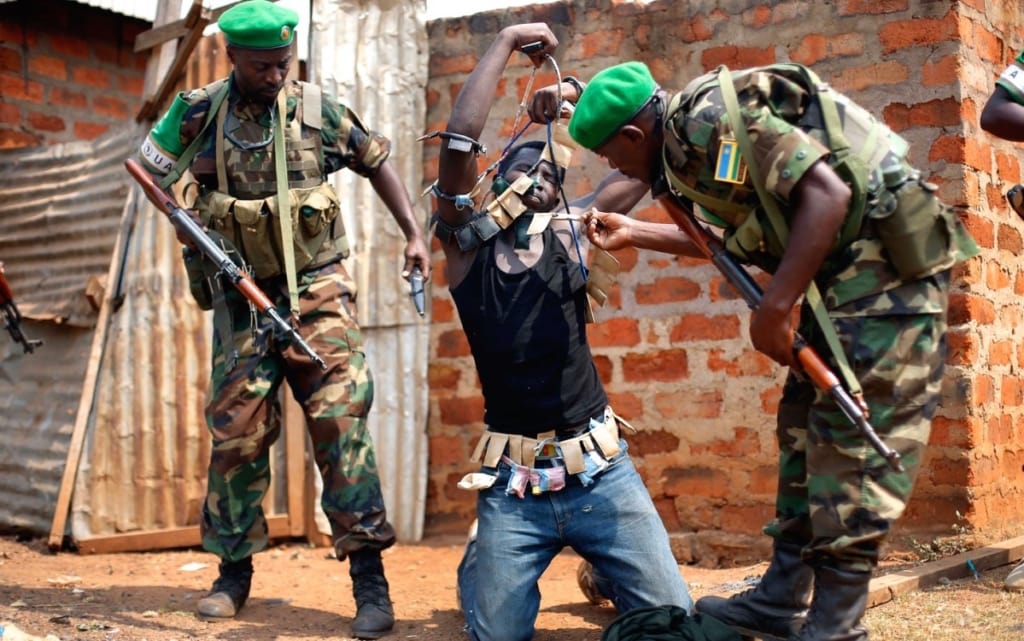 The three-judge bench unanimously argued that “Mr. Bemba was a person effectively acting as a military commander with effective authority and control over the forces that committed the crimes.”

Delivering the sentence today, Presiding Judge Sylvia Steiner stated that the Chamber believes the former Congolese rebel leader is guilty of the five counts beyond any reasonable doubt.

She added that the crimes of murder, rape, and pillaging are of serious gravity considering they were committed against defenseless victims and with particular cruelty.

In 2002, President Ange-Felix Patasse of Central African Republic requested the Congolese Liberation Movement, led by Bemba, to assist him in forestalling an attempted coup in his country.

Bemba’s rebels were accused of committing serious atrocities against civilians in CAR throughout the period of the conflict.

In March 2003, President Patasse was ousted, and the incoming government decided to press charges against him and Bemba.

In 2008, ICC’s Pre-Trial Chamber announced that there was enough grounds to hold Bemba responsible for war crimes and crimes against humanity committed in Central African Republic and proceeded to issue a warrant for his arrest.

The former Congolese rebel leader was arrested in Belgium and surrendered to the International Criminal Court in May 2008.