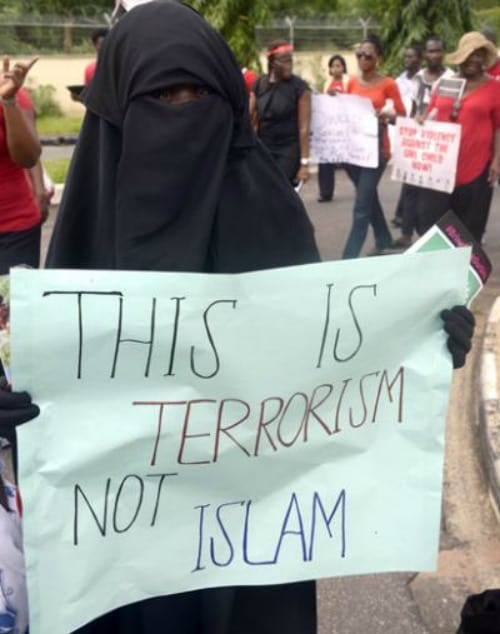 On Thursday, primary and secondary schools shut down throughout Nigeria so that teachers could protest the missing girls of Borno State as well as the 173 teachers who have been killed in the seemingly incessant violence, according to Premium Times.

The Nigerian Union of Teachers (NUT) held a press conference on Wednesday, demanding the shutdown of the schools in order to show support for the #BringBackOurGirls campaign.

NUT President Michael Olukoya said, “The Nigeria Union of Teachers (NUT) has resolved to hold #BringBackOurGirls rallies simultaneously across the 36 States and the FCT on Thursday 22nd May, 2014.

“All schools nationwide shall be closed as the day will be our day of protest against the abduction of the Chibok female students and the heartless murder of the 173 teachers. We remain resolute in our resolve to continue the campaign even as we mourn the death of our colleagues until our girls are brought back safe and alive and the perpetrators of the heinous crime are brought to book,” he said.

In response, teachers across the country have indeed turned out in solidarity against Boko Haram.

Initially, Olukoya confessed that the April 14th abduction of the students at Chibok’s Government Girls Secondary School was so astounding that he and his organization didn’t believe that it had actually happened:

“We had received the news of the abduction as “a tale from wonderland” – a social and religious grandstanding, not real but designed to politically hoodwink the nation and therefore hoping that in matter of days, the reality would dawn on the nation that the story would qualify for its april fool of the month of April,” he said.

But as the days turned into weeks and the weeks have now turned into more than a month, Olukoya and NUT continue to view Boko Haram’s senseless violence and disrespect of a child’s right to knowledge as an attempt of the terrorist organization to return the nation to the Hobbesian era, where civil societies were brought to their knees with universal submission to an absolute authority of a sovereign.

“Education is the bedrock of the Civil Society and the abduction of Chibok girls and the attack on the school system is an exercise in reactionarism which is attempting to return our nation to the Hobbesian State of nature where lives was described as brutish, nasty and short. In order that lives, peace and hope may return to our national life again we say “Bring back our girls.”

Since the girls were kidnapped more than a month ago, Boko Haram has conducted multiple daily attacks against its fellow northern citizens — proving they are heavily funded and resourced. In addition, their calculated video releases have put their ruthless tactic of using students as both carrot and stick in proposed negotiations on the world stage for all to see.

And just this Sunday, they allegedly sent a suicide bomber to a busy street in Kano, killing a 12-year-old girl and three others. On Saturday, Boko Haram stepped in to Cameroon, killing a soldier, injuring two, and kidnapping 10 Chinese workers.

Obviously not satisfied with that devastation, on Tuesday, twin bombs went off in the city of Jos, which killed another 118 people.

That grisly account leaves out the attack on Cameroon’s security post on May 8th, effectively rescuing one of their members and killing a security officer. Then three days before, they’d wage an aggressive assault against the town of Gamboru Ngala, where more than 300 residents were killed by rocket launchers and hand-thrown grenades in a market square.

Then of course there was the car bomb that killed 19 in Abuja, but was effortlessly eclipsed by the twin bomb attack at a bus station — also in Abuja — on April 14th, the unofficial start of Boko Haram’s murder and mayhem.

From that date, no one could have guessed that, that initial assault would be just the beginning.

The U.S. Steps Up Commitment

With Boko Haram’s escalation of violence, on Wednesday, U.S. President Barack Obama announced that he had released 80 “military personnel” on the ground in Chad to help with the search.

“These personnel will support the operation of intelligence, surveillance and reconnaissance aircraft for missions over northern Nigeria and the surrounding area,” President Obama wrote in a letter.

“The force will remain in Chad until its support in resolving the kidnapping situation is no longer required.”

It has been 16 days since the United States in addition to China, France, and the U.K. sent in their respective forces to assist with the retrieval of the students.

When one considers all of the reinforcements Nigeria has been afforded — and the fact that the students still haven’t been located — it becomes clear how sophisticated Boko Haram actually is.