Barack Obama marked his return to the public sphere four months after he bowed out of office as the 44th and first African-American president of the United States with an appearance on a high school panel, discussing matters of civic engagement.

Monday’s event at the University of Chicago’s Logan Center for the Arts was definitely a homecoming for the former president, according to the Huffington Post, as he returned to the school, where he taught constitutional law for more than a decade and a city he had represented in Congress for four years as senator.

Mr. Obama told his audience of mainly college students that he plans to devote much of his free time to working with youth and encouraging them “to take up the baton and take their crack at changing the world.” 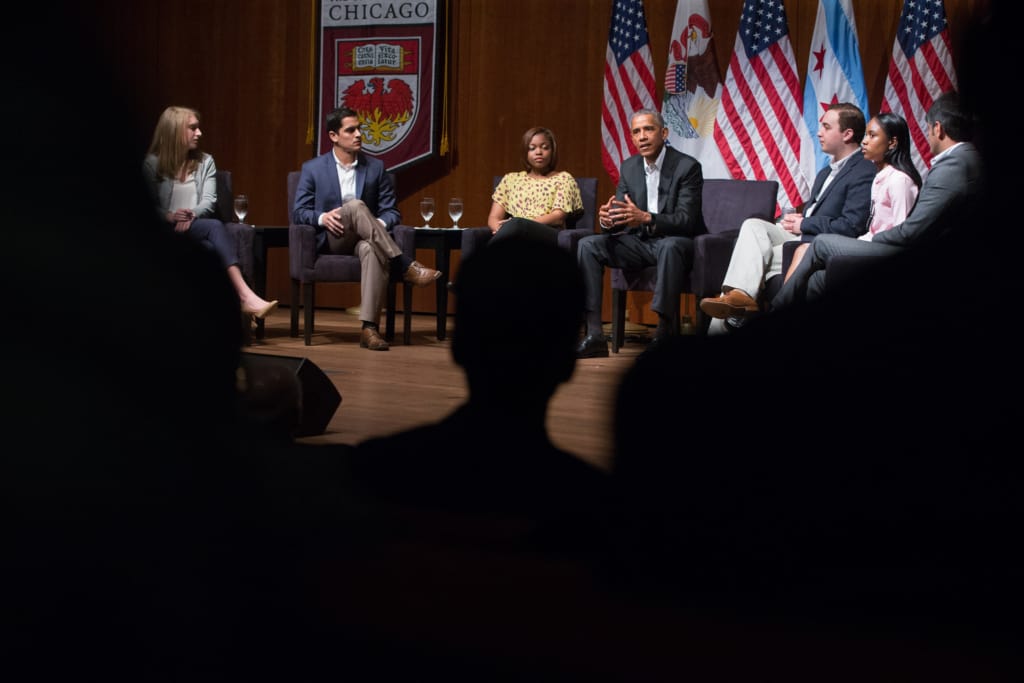 “I’m spending a lot of time thinking about what is the most important thing I can do for my next job, and what I’m convinced of is that, although there are all kinds of issues that I care about and all kinds of issues that I intend to work on, the single most important thing I can do is to help, in any way I can, prepare the next generation of leadership to take up the baton and to take their own crack at changing the world,” Obama said.

During the 90-minute discussion, Obama admitted that his administration may have fallen short on some of the promises made ahead of the elections that swept it in to power.

“I am the first to acknowledge that I did not set the world on fire nor did I transform these communities in any significant way, although we did some good things,” he said of his experience.

The former president told his listeners that they had to actively engage with their local community if they wanted to make any significant impact politically. He said his days as a community organizer prepared him and built him for a subsequent career in politics.

He also decried the absence or waning influence of local community organisations, such as the church and other civic institutions.

“The mediating institutions — the unions, the churches, the PTA groups, the Rotary Clubs, a lot of the voluntary organizations that used to exist — those have declined, what that means is that people don’t have the same habits of being involved in a common project that they used to. We’ve become more of an individualistic society,” Obama said.

In January, Obama handed his presidency over to Donald Trump and bowed out of office at the expiration of his second four-year term in office. And since that time he has remained largely out of the public eye, choosing instead to vacation with his wife and write a memoir about his time in the White House.