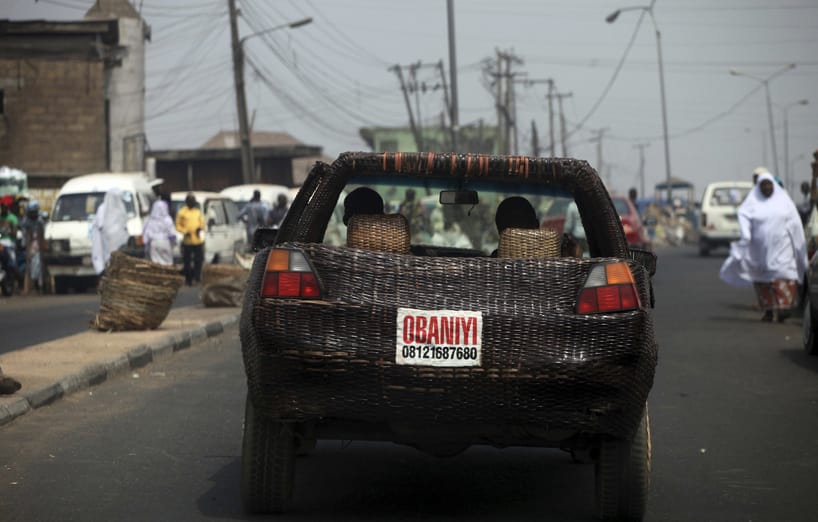 If you are looking for a skilled weaver, then you need only meet talented artisan Ojo Obaniyi (pictured) of Ibadan, Nigeria, whose raffia car continues to stun viewers through the Internet.

SEE ALSO: Autism & Africa: How Austism Has Affected My Family

While Obaniyi has reportedly been weaving for the last 22 years, he decided to take the advertising of his weaving business to an entirely new level in 2013 with his raffia car. 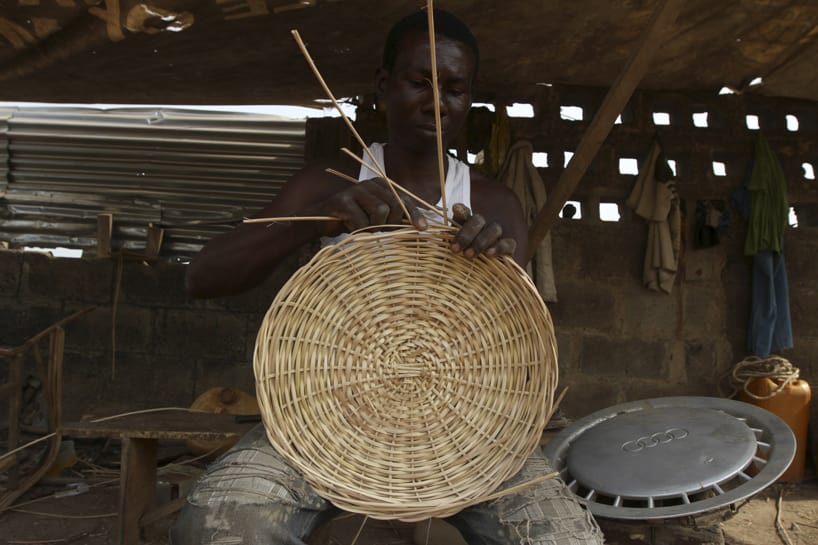 Using the same raffia fiber from the palm tree that both he and other weavers use to make a variety of baskets, flower vases, chairs, and more, the then-40-year-old Obaniyi began customizing his Volkswagen pick-up truck for added business by covering the full interior and exterior of his car with raffia and then weaving the steering wheel, chairs, wheel caps, and dashboard.

On why he decided to lend his talent to his vehicle, Obaniyi, whose name reportedly means “a king is honorable or valuable” in Yoruba, told DesignBoom, “I wanted to prove a point that it is not only the educated elite that can make positive changes in society.

“We, the artisans, also have talents to effect a change and make a positive impact in the society.

“That is why I decided that I, too, must do something that will make people to recognize me and know me across the whole world and by extension prove to the world that African and indeed the entire Black race have very talented people.”

See the rest of Obaniyi’s ingenuity below: 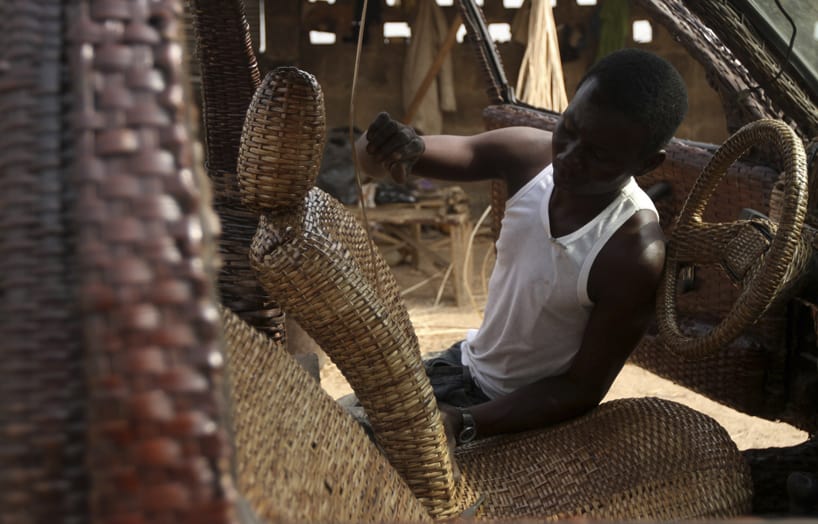 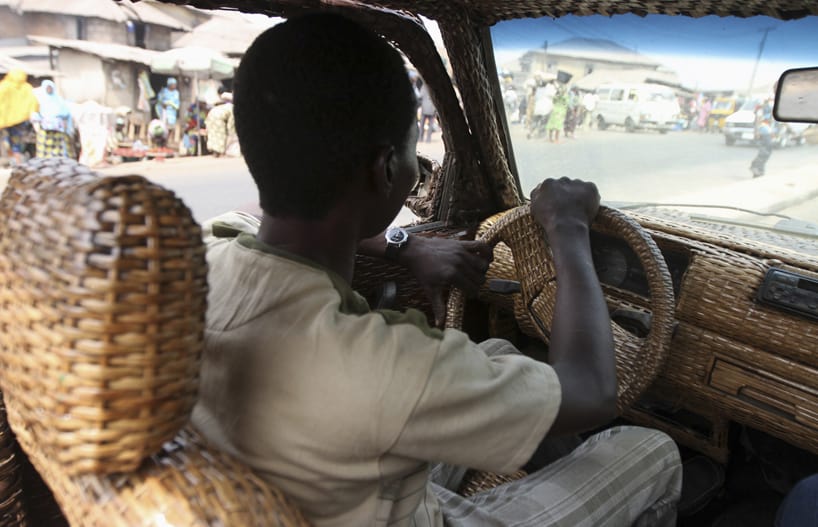 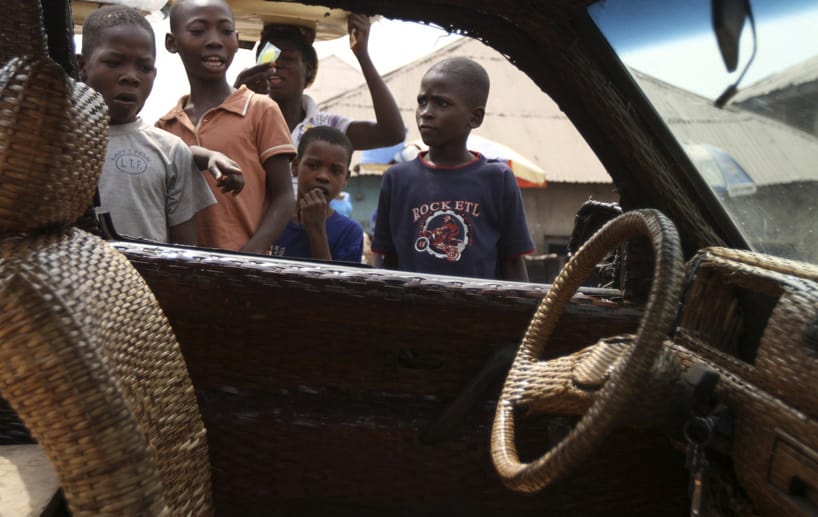 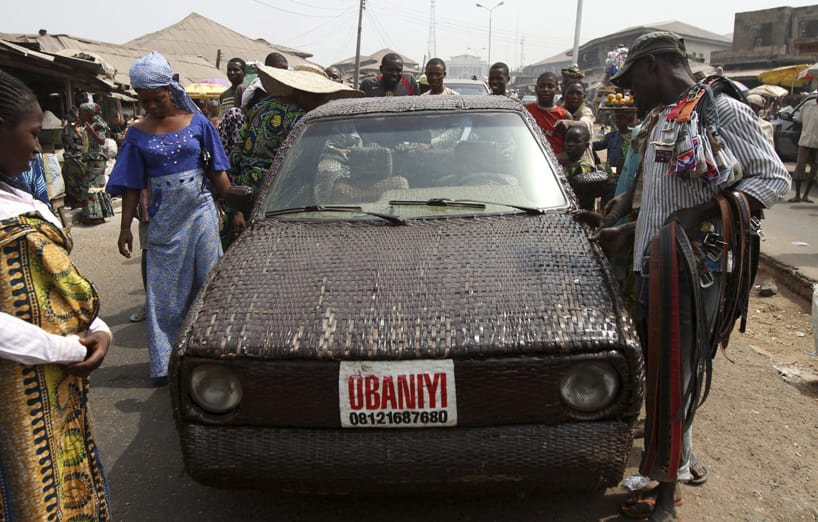 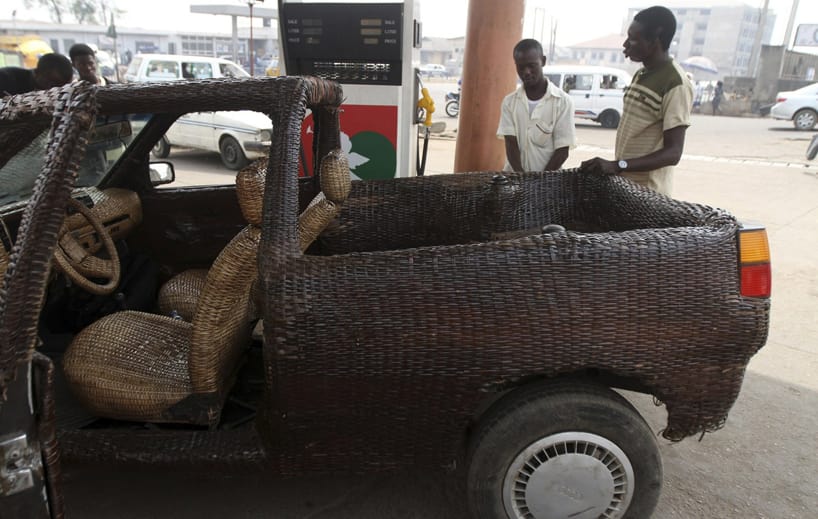 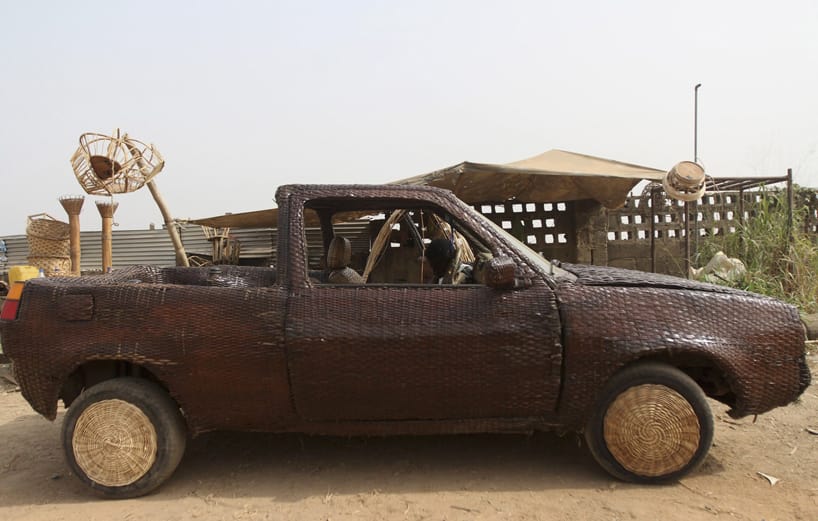 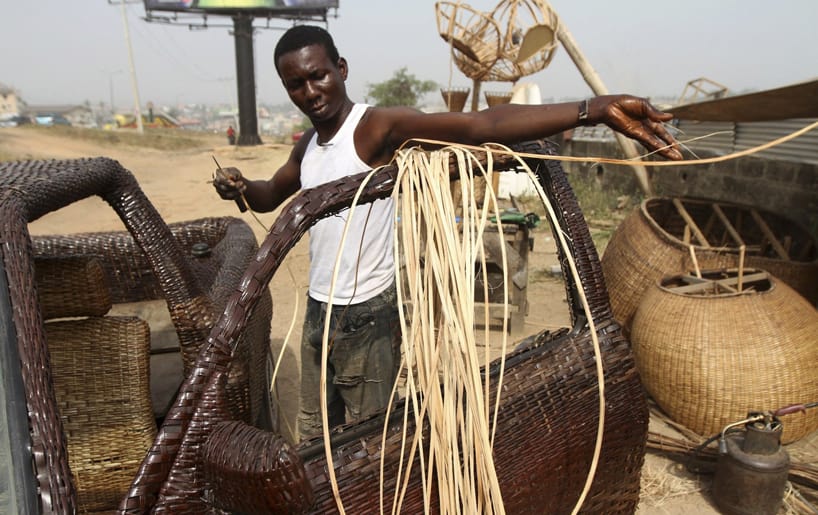 SEE ALSO: #FeesMustFall & the Possibility of a New African University