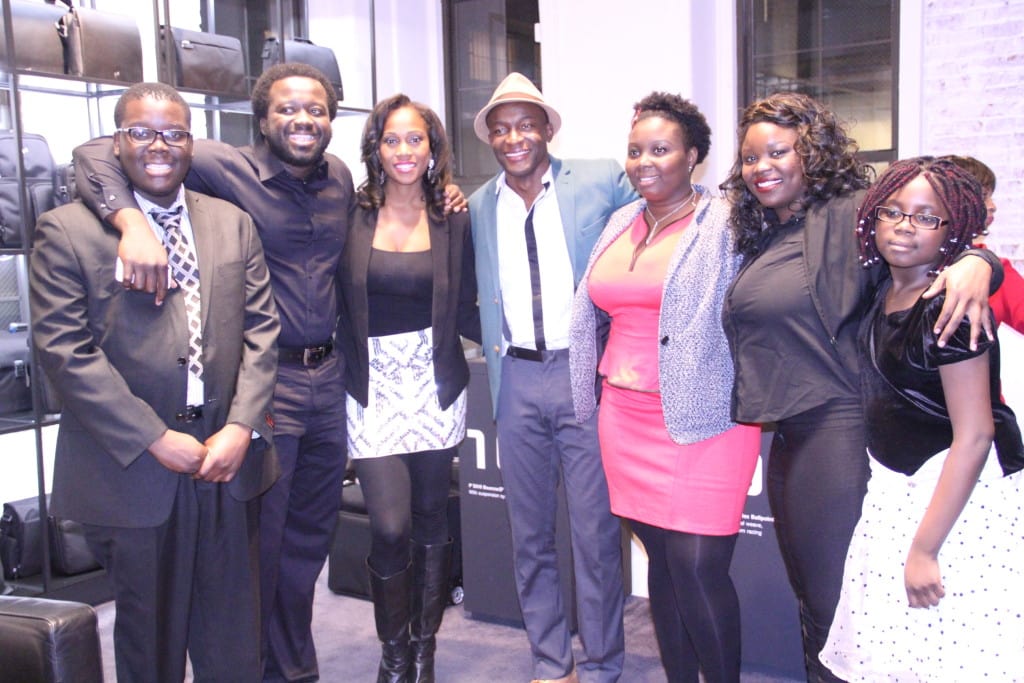 Israel and Hillary are Christian Koumtog’s (pictured with hat) siblings with the glasses, far left and right, respectively.

Autism affects me on a personal level. Out of 10 siblings, my youngest sister, who is turning 13 next month, and youngest brother, who just turned 18 in October, are both autistic. Definitely, my father, who is turning 70 years old next year, can boast of wealth with 10 children; there is nothing greater in our African culture than the blessing of a child — that achievement can never be taken away. It isn’t every family that can proclaim to have an older brother who can be as old as your father and a younger sister that can be as young as your own daughter. Every generation can be represented when that older brother is in his 50’s and youngest sister is just turning 13.

SEE ALSO: #FeesMustFall & the Possibility of a New African University

But according to the Autism Speaks Organization:

“Autism spectrum disorder (ASD) and autism are both general terms for a group of complex disorders of brain development. These disorders are characterized, in varying degrees, by difficulties in social interaction, verbal and nonverbal communication and repetitive behaviors. With the May 2013 publication of the DSM-5 diagnostic manual, all autism disorders were merged into one umbrella diagnosis of ASD. Previously, they were recognized as distinct subtypes, including autistic disorder, childhood disintegrative disorder, pervasive developmental disorder-not otherwise specified (PDD-NOS) and Asperger syndrome. ASD can be associated with intellectual disability, difficulties in motor coordination and attention and physical health issues such as sleep and gastrointestinal disturbances. Some persons with ASD excel in visual skills, music, math and art.”

I have to say that autism was very new to our family. I am the fifth of the 10, and by the time my youngest brother was born, he was the 9th to be born into our family.

Israel was born in Libreville, Gabon, in October 1997. He was born as normal as any of us, and 18 years ago in Africa, at that time, I can tell you that autism was something unheard of. We actually did not know about what he has until we moved to New York City in 2000.

As part of our mandatory physical exams for immigration purposes, an additional step was taken for my youngest brother who was referred to a specialist, and that is when he was diagnosed with autism.

According to the U.S. Centers for Disease Control and Prevention, 1 in 68 American children are diagnosed with autism, which is a 10-fold increase in the last 40 years. Boys are also four to five times more likely to be diagnosed with the condition, with 1 out of 42 boys compared to 1 in 189 girls having autism.

How can African families or any other person who isn’t sure about autism seek help for their child? We have to understand the normal developmental process anybody experiences when transitioning from an infant into a toddler. We ought to assess the speech pattern that starts with the normal “baby talk” or cooing into actual speaking.

Personally, my family and I found out that there was something abnormal with my younger brother by observing him develop. He had tremendous difficulties communicating, and it was frustrating.

At 3 years old, when he was unable to speak normally, it was obvious that something urgent needed to be done. Unfortunately, there is no cure for autism, but there are treatment plans and therapies that can help.

And we now have also learned that scientists attribute autism to a number of factors. “The clearest evidence of these autism risk factors involves events before and during birth. They include advanced parental age at time of conception (both mom and dad), maternal illness during pregnancy and certain difficulties during birth, particularly those involving periods of oxygen deprivation to the baby’s brain. It is important to keep in mind that these factors, by themselves, do not cause autism. Rather, in combination with genetic risk factors, they appear to modestly increase risk,” according to the National Institute of Neurological Disorders and Stroke.

“A growing body of research suggests that a woman can reduce her risk of having a child with autism by taking prenatal vitamins containing folic acid and/or eating a diet rich in folic acid (at least 600 mcg a day) during the months before and after conception. Increasingly, researchers are looking at the role of the immune system in autism.”

The need to have a platform for preventative assessment is crucial in cases involving autism but being able to find help after a diagnosis is just as important as well. I have always wondered why the last two of the Koumtog children were the ones affected. Now I know that old age can be a factor.

Let’s find ways to support those of our friends or family members who need assistance. Together we will make a difference.

SEE ALSO: After the Dust Settles, A Look at Tanzania Post Elections