Yoga is growing in popularity in Africa and the African Diaspora. It comes with it some curiosity about the origin of the practice. A recent post which went viral on Instagram made the following claim: 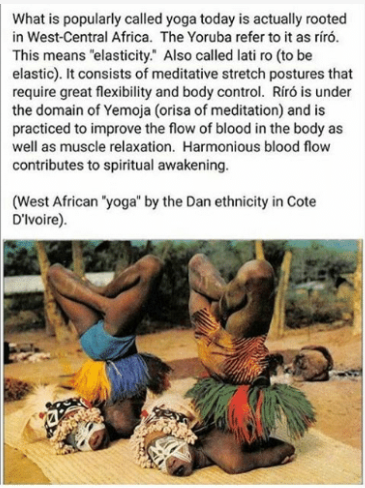 While there is no data to substantiate the “riro” origins of yoga, further research suggests that there is growing interest in Smai Tawi, otherwise known as Kemetic yoga, which seems to tie modern day yoga to African roots.

Smai Tawi means the union of the two lands, which in Kemetic teachings means the integration of the higher and lower nature within the human entity. Smai Tawi has been cited on temple walls in Egypt, formerly Kush, dating some 10,000 years ago.

According to practitioners, although the dominant literature points to yoga’s origins some 5,000 years ago in ancient India, Egyptian scriptures like The Ebers Papyrus, an Egyptian medical papyrus of herbal knowledge dating 1550 BC, say that Osiris, the Egyptian god of the underworld revered as the king of the living, went to India when it was a colony of Kush. He transported the practice to India where it developed and then disseminated back into the world.

But, other practitioners say the Egyptian roots of modern day yoga is false.

The Sociological Yogi calls the Kemetic roots of yoga a myth, arguing prolifically that:

“…the interpretation of such visual “evidence” as hieroglyphs that depict what look like modern yoga postures or textual descriptions of spiritual practices as yoga is misplaced. Basically, it amounts to what Samuel (2008:8) has described as us “reading later practices into the material” to such a degree “that it is of little or no use for constructing any kind of history of practices.” In other words, believing yoga is in fact an ancient Egyptian (aka, African) practice is just a product of us seeing what we want to see in the records of the time and misinterpreting the data. It’s anachronistic.

Then why has this myth persisted, and even gained in popularity since it was introduced in the 1990s? This is the real kicker. Kemetic Yoga has become popular primarily among African Americans, who have used the idea that yoga’s “true” heritage is from North Africa as a way to reclaim a practice that has been in recent decades dominated by whites. An academic study by Birdee et al. (2002) found a significant difference in racial composition of yogis, with 84% of practitioners being white and only 6% being African American (10% other). This is compared to Census data that shows African Americans make up 13% of the US population. But you don’t need this academic article to see whiteness in yoga; all you need to do is open an edition of Yoga Journal, where practically all the bodies portrayed are lithe, white women.”

Finally, some practitioners believe it may be a middle ground, where “bodily spiritual practices in ancient Egypt that akin to today’s yoga postures, though no causality may exist”, meaning the practices may be similar but likely developed individually.

Check out the images below for yourself and join the debate. Is yoga African? And does it matter to you whether it is or not? 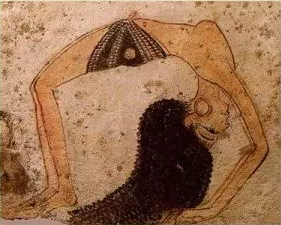 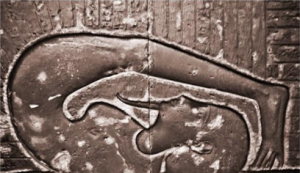 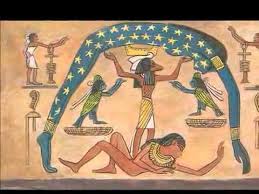 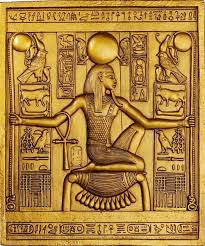 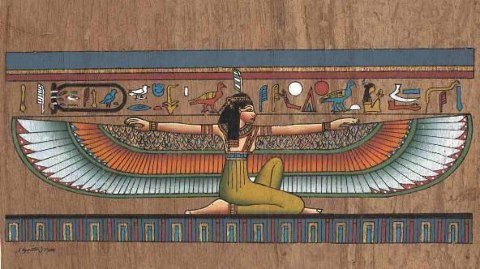