Once again, women from some towns and settlements of Nigeria particularly those in Ikorodu, a city on the outskirts of Lagos were forced to remain indoors.

Aside from their male counterparts, their movement was restricted on May 8 this year all in the name of the annual Oro Festival.

Women and non-natives must stay indoors as oral history has it that Oro must not be seen by women and non-participating people.

The belief is that a female who sees the night-time procession may die or suffer barrenness.

The Oro lasts between four days to three lunar months depending on the community. For Ikorodu, the celebration lasts a day and this year it took place in May.

Despite assurances from national security that women and non-natives should feel free to step out and go about their daily activities, the town was on Tuesday left deserted, as economic and other social activities came to a standstill with women staying indoors.

So what is it about the secrecy of Oro rituals and how is it different from other Yoruba traditional cults?

Despite foreign religion, Oro is still being worshipped just before and after hunting period largely in September and November. 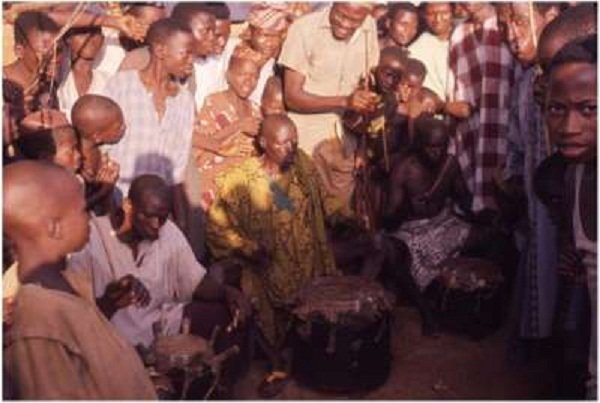 The festival takes place mostly after the death of a king called Oba, to appease the gods or for a special atonement to be made in the land.

There is also a period of mourning when the Oba dies with claims that the process involves human sacrifice.

During the festival, the Oro god makes itself known by making a distinctive screeching sound which can be heard by residents.

Legend says this sound is made by its wife, known as the Majowu.

The Oro is clothed in a robe with shells and wears a white wooden mask with blood smeared on the lips.

When it passes alongside its followers, they chant incantations in loud voices to announce their presence.

The main aim of the Oro festival is to maintain peace and order and cleanse the society but it has over the years been a subject of controversy particularly due to its anti-feminine nature and its infringement on freedom of movement.

Oro has also led to some unfortunate deaths.

In 1999, over 66 people died after Oro faithful clashed with the Hausa speaking tribe in Ogun State.

Oro faithful had gone through a Hausa-dominated area when they saw a Hausa woman.

Since their tradition forbids any woman from seeing the Oro, they allegedly killed her and this resulted in further clashes.