Questions must be resounding in the minds of millions of African music lovers upon hearing that Congolese music legend Papa Wemba has suddenly died. He will be forever remembered for his rich blend of African, Cuban and Western sounds that became one of Africa’s most popular music styles and keep him relevant in the African music scene for over four decades.

Reports indicate that Wemba collapsed while performing at the Urban Music Festival of Anoumabo (FEMUA) in Ivory Coast early Sunday morning. He died before he could be brought to hospital, a spokesman for the Ivosep morgue in Abidjan told Reuters news agency.

Born with the name Shungu Wembadio Pene Kikumba, Papa Wemba started his singing career in religious choirs and then became one of Congo’s most sought-after music legends. In his special genre, Congolese rumba or soukous, he chalked up success after success including hit records L’Esclave and Le Voyageur with his bands Zaiko Langa Langa, Isifi and Viva La Musica. 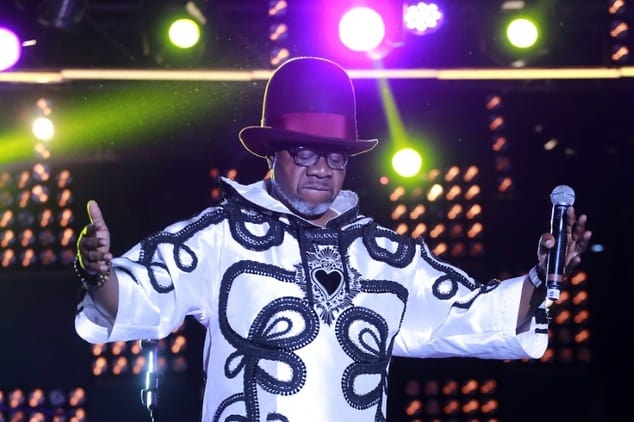 The sudden death of such a music legend has attracted comments first from the Congolese President Joseph Kabila and the Culture Minister Baudouim Banza Mukalay who described his death as a “great loss for the country and all of Africa.” Meanwhile, several other African music legends have sent in their tributes in the wake of his untimely death.

Angelique Kidjo, a Benin-born, American Grammy Award-winning singer and songwriter told the BBC this about the death of Papa Wemba:

I worked with Papa Wemba and he was a very nice, genuine soul and very shy at the same time.

I did a duet with him, “Ami Oh,” on a Manu Dibango album, and when you heard him sing it was magical that a guy who was that big had such an angelic voice.

He was a generous soul when it came to helping people, and he didn’t say much, but he observed a lot and when he spoke in that gentle voice everything he said was right on the spot.

He was performing in a period of people like my father Fela Kuti, Miriam Makeba, Hugh Masakela, Manu Dibango – the African greats who have always opened doors for people like me.

They have always done Africa proud anywhere in Europe and America where they performed, and they opened doors for African musicians to tour Europe with great pride and respect.

Even Cameroonian footballer Samuel Eto’o added his voice to remember this great music legend on his Facebook page:

What a sad way to start the day by learning of the passing of this monument of Africa.
We got chills listening to Wake Up, Okoningana, Ye Te – to name a few. I’m all the more affected by this sad event as I’m a big fan of Congolese music. Papa Wemba so loved his music that he left while performing.

Watch his last concert below: