Parlour Magazine interviewed Boateng and the filmmaker that documented all those years of his life, Varon Bonicas, to speak about the documentary and their experiences together. 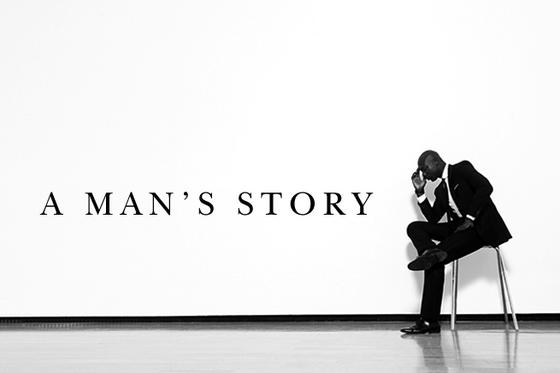 Parlour: What bought you two together?

Varon Bonicas: I was working at Sky TV making documentaries and someone suggested I meet Ozwald. They promised that I would get a film camera and I thought that would be amazing — I didn’t realize that I was going to be with this camera for so long. I met him and he was interesting, I’d never met anyone like him. He started talking about this door analogy and big problems in his life. He was open and had an essence of belief that he could do anything through determination.

Parlour: What about Ozwald inspired you to focus the documentary on the man, not the designer?

VB: I never set out to make a fashion film. I just thought that Ozwald was an interesting guy and wanted to see what would happen on his journey. His backdrop is fashion and he lives in that rarefied world where he’s up there with only a few other people. Fashion is great but I think Ozwald is more interesting.

Parlour: Mr. Boateng, I read that at moments you felt totally vulnerable while filming and was talking to the camera as a form of therapy?

Ozwald Boateng: Maybe a couple of times it was therapeutic, mostly, after 12 years, you’re not thinking about [the camera] anymore. So when things are going right or wrong, Varon just happens to be there in that moment.

Parlour: Was there ever a point where you just wanted Mr. Bonicas to leave you alone?

OB: Yes! Absolutely a 100%! It was about five years in and I really wanted to stop doing it, so I lost it on Varon during a plane ride to Los Angeles, where I was taking him to be introduced to famous film producer Joel Silver. I wanted to Joel to deter Varon so he could close the chapter [of my documentary] and move on. Joel did the complete opposite and encouraged him to keep going.

Parlour: In "A Man’s Story" you spoke about how American men dress, what are your thoughts on contemporary American and European style?

OB: Tailoring is strong. There is a change in the way American men are approaching their clothing. The U.K. is strong but you have to understand that there is a lot happening in the world right now that effects fashion so America is looking strong, Europe is looking weak and the U.K. is up in the air.

Parlour: What was the inspiration for your Fall 2012 line?

OB: The whole Asian prospective has a big influence. We are looking at the cake of Europe and what’s happened with turmoil in the financial markets and all the rest of it so Asia is now the driver. Designers are now taking on the whole Asian experience and being very heavily influenced by that creatively.

Parlour: The documentary showed many periods of ups and downs in your life Mr. Boateng, what kept you going?

OB: Belief is a big one, along with spirituality because when it all goes wrong, you instantly look for something.

Parlour: Are you a religious man?

OB: I am spiritual, you have to be. When things are going wrong, you just look to the heavens like ‘Stop it!’

Read the interview at Parlour Magazine.