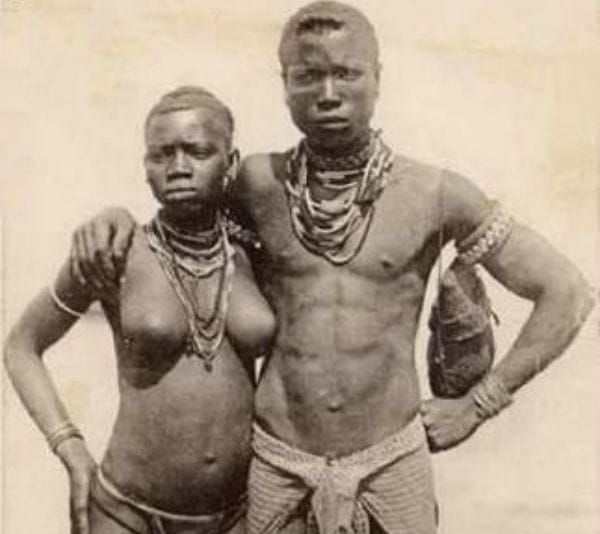 I keep saying that Patriarchy is wounding my
generation. I have observed as these patriarchal (sex
ist) tendencies are transmuted into misogyny. I also
think patriarchy is rooted deeply in religion and it
makes me wonder if one can be ‘Christian’ and
feminist simultaneously.

Patriarchy constricts manhood as a very narrow
lane and gives very little room for men to exist
outside of it. Stifling!
And those ideas are reinforced by patriarchal
ideals. This is why patriarchy is harmful for men
AND women.
One of the tragic elements of hegemonic
masculinity is that we’re taught that expressing
emotions other than anger is “unmanly.”
As men, we are taught early to not express feelings
of desire (other than sexual), longing, hurt, or
insecurity. It cripples us romantically.
You see men committing emotional suicide from an
early age.
My observations of the effect of patriarchy and
misorginy on my generation is insane to say the
least:
Girls are taught that men are abusive out of love:
when a girl asks why a boy is being mean, society
answers “probably because he likes you.”
Responsibility for all virtue belongs
to men, for vice, to women.
There’s the insidious, widespread way that women
are held to much higher moral standards than men
and more often found to be lacking;
for example, Eve ate the apple that created original
sin.
Women who cheat are evil but men who cheat
are “wired that way,” boys being boys.
A man rapes a woman and we focus on what that
woman was wearing.
A man betrays his wife and we focus on blaming the
Other woman.
A gossiping woman is catty, a
gossiping man doesn’t get a special name.
Not to mention the recurrent notion that women
gossip, men just talk. (Even when the subjects are not
another person.)
People also think women talk more than men
but it’s the opposite. It’s just that what women say
is undervalued, so it seems like a lot.
An assertive woman is a b*tch. An assertive man is
just assertive.
An emotionally supportive man is an angel, a woman
is just doing her job.
Scantily clad female celebrities who talk about
sex are corrupting children. Scantily clad men
don’t even register, no problem there.
I can go on and on. These sentiments are exhibited
and reinforced by men and women on a daily basis.

Trust me, there’s more need for something to be done about this than ever!