In the ancient period in Africa, influential women were not in shortage. From the great Queen Nzingha to the brave Yaa Asantewaa, the history of Africa is replete with women who defended the defenseless and protected the weak.

Princess Guimbi Ouattara was another hero prominent in the history of Burkina Faso, a landlocked nation in West Africa. She defended Bobo Dioulasso against invaders from the south in the early eighteen hundred and in contrast to what some white explorers thought of Africans, she exhibited a core value of an African by providing shelter and even protected the early explorers from death.

Princess Guimbi Ouattara was born around 1836 but lost her father at the age of three. Her father was Bakomi, the king of Ouattara in Bobo Dioulasso. Their kingdom was Kong and so in her early years she lived in Kong. At 15, she got married but became a widow three times. Legend has it that she didn’t have children but her cosmopolitan virtues and leadership traits became noticeable within a short time. 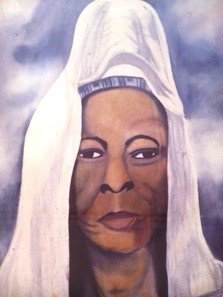 Indeed, Guimbi was popular for two fundamental reasons. She was not only hospitable but also possessed exemplary diplomatic acumen. She had numerous slaves and relates with them with ease as well as a small army which she used to protect her people. But she was also very hospitable. When the French explorers landed in her area, she received and protected them even at the risk of earning the wrath of her compatriots.

However, some people have said this was diplomacy at its best as she knew she would not be able to fight them anyway and instead of losing their way of life and cause needless bloodshed, it was better to embrace them. However, some analysts think this was not the case. She was purely an angel in human form. Whatever the reason, even French explorers at that time gave her huge regard for being such an amiable leader and praised her on many occasions. 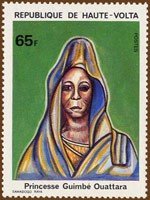 While living in Kong, Bobo Dioulasso became a war zone and because Bobo Dioulasso was a democratic state that didn’t maintain a standing army; they called on Kong to help and Guimbi, a princess from Kong was sent to shield them. She not only neutralized the invaders but also diplomatically prevented Samory Toure, a king from Guinea, in his attempt to annihilate the people of Kong.

Samory had requested Kong to join him in fighting the French forces but they refused. Samouri believed Kong was collaborating with the enemy and swore to kill them, especially the Ouattara dynasty of Kong which Guimbi was part of. When Guimbi got wind of this threat, she reached out to Samouri by welcoming him warmly and presented drinks which Samouri and his army took with much delight. Some believed it was a magic potion.

Afterwards, Samouri changed the tune from “war-war to jaw-jaw” and started to talk peace. Rather than killing the Kong people, Samouri directed his anger to the Tiefo people, a common enemy to Samory and Guimbi. This was how Guimbi saved Bobo-Dioulasso. 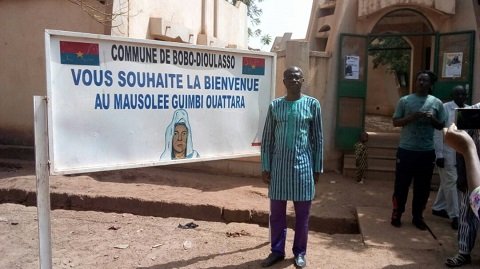 For her sterling achievements, a befitting mausoleum has been erected in Guimbi’s honour and she was considered as one of the epic heroines of Burkina Faso.