Nineteen-year-old Rwandan beauty queen Jolly Mutesi is set to make history as she becomes the first woman to represent her country in the coveted Miss World beauty pageant.

Mutesi is the reigning Miss Rwanda, a title she won in February 2016, becoming only the fifth beauty queen to be crowned Miss Rwanda. Until now, Rwanda has never been represented at the Miss World pageant even though several other African countries have routinely been represented at the events. A couple of these African beauty queens have even gone on to win the competition.

Queen Mutesi may be young, but she is confident and determined to utilize her appearance on the world stage to try to change the single narrative about her country. Rwanda is often still remembered by many outside the country for the brutal, five-month massacre that led to the deaths of more than 800,000 Tutsis’ and moderate Hutus’ in 1994.

An excited Mutesi gushed, “This is a prime opportunity to lift up my country’s flag worldwide. Though it’s a stiff competition, I’m prepared to try my best and do whatever it takes at the apex of my ability. Hope for the best because a competition remains a competition.”

Dieudonne Kagame Ishimwe is the CEO of Rwanda Inspiration Back Up Limited, the company responsible for organising the Miss Rwanda beauty pageant. He notes:

“Very often Rwanda is associated with the 1994 Genocide against the Tutsi. When you say you come from Rwanda, many people still show pity and ask how we’re coping. This will be another opportunity to showcase what else Rwanda has to offer as well as the potential of Rwandans.”

The beautiful Mutesi, a graduate of King David High School, represented Rwanda’s Southern province in the fifth edition of the Miss Rwanda beauty pageant. Following her success, Mutesi has gone on to use her newfound public profile to initiate programmes and incentives that have touched the lives of the vulnerable and needy in Rwanda.

Some of her efforts include lending her support to the Rotaract Club in Rwanda in its efforts to build “kitchen gardens” for 50 widows of the Rwandan Genocide in Kinyinya and campaigning to warn her fellow young people about the dangers of drug abuse. 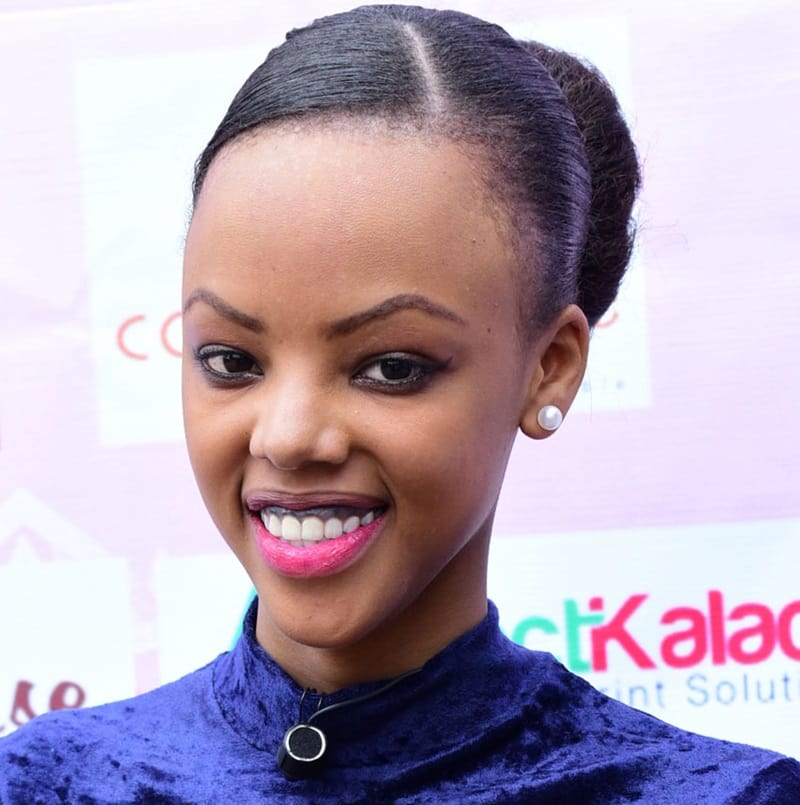 The Miss World pageants began in 1951. The 2016 event is scheduled to be held on December 20 in Washington, DC. Over 100 beauty queens from around the world, including several African countries, are expected to fly their country’s flag during the events.

It is hoped that beautiful Mutesi would make Rwandans proud and add to the number of winners from Africa. Ishmiwe must have echoed the mind of the average Rwandan when he shared his high hopes for Mutesi’s presence in the global contest:

“We’re optimistic that this will serve as a great platform for us to show the world where Rwanda is today. We’re hopeful that Mutesi’s intelligence, eloquence, and positive attitude will make an indelible mark at the world event. The ultimate goal is to showcase our country and the progress it has made.”