The Michael Jackson: On the Wall exhibition opened on June 28 at the National Portrait Gallery in London.  It features the Equestrian Portrait of King Philip II (Michael Jackson). 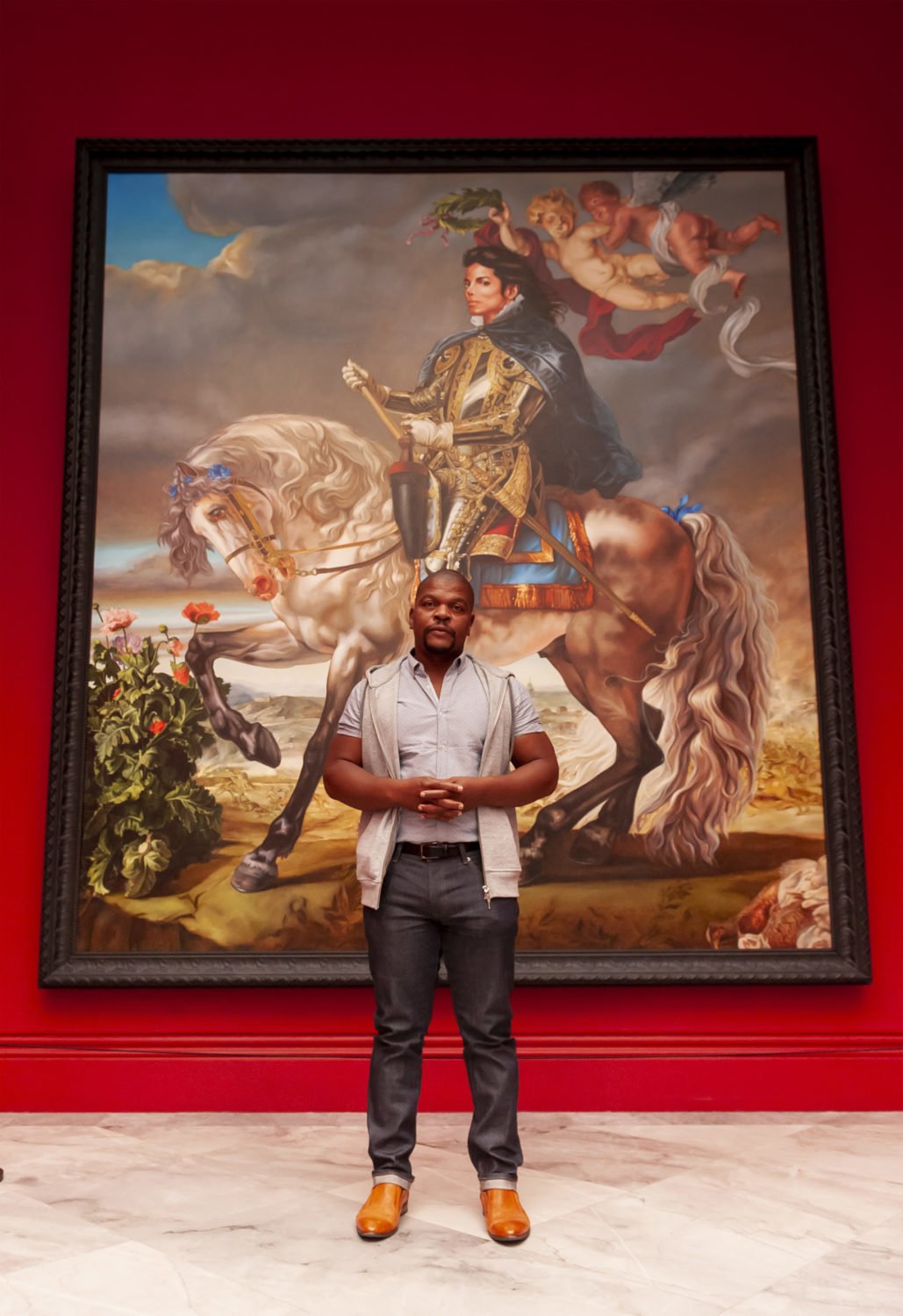 The likeness of the pop great was created by Kehinde Wiley; a New York City-based painter synonymous with creating realistic illustrations of African-Americans.

Wiley started the project before the demise of Jackson in 2009; he completed it after the death of the famous singer.

The Equestrian Portrait was commissioned in 2010 and shows Jackson presented in the guise of a monarch of yore, atop a steed, in deluxe armor.

Wiley is also well-known for formulating a portrait of President Barack Obama which is housed at the Smithsonian National Portrait Gallery in February.

Portrayals of Jackson are also featured in Faith Ringgold’s story quilt Who’s Bad? And Thriller (Black and White) by Graham Dolphin; both will be visible at the National Portrait Gallery.