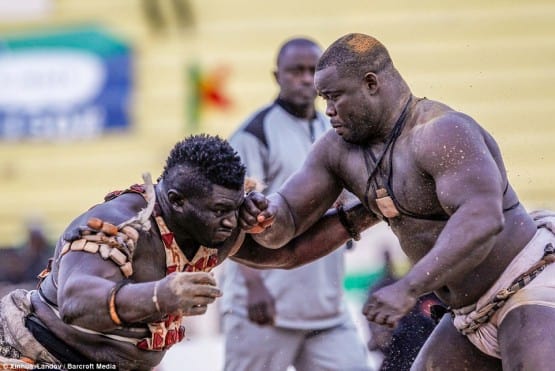 The much-anticipated wrestling season has began in Senegal, with the sport’s top fighters vying for victory!

On Sunday, fighters squared off at Demba Diop Stadium in Senegal’s capital of Dakar.

Clearly the most-popular sport in the French-speaking nation, Senegalese wrestling originates from the Serer people who traditionally used the athletic competition for a number of purposes.

Originally, wrestling (or Njom in Serer and Lutte Senegalaise in french) was performed by the warrior class as a way to prepare for war; the martial art was also practiced as an initiation rite.

As time went on, Njom was embraced beyond the Serer and became the sport of the region’s men who enjoyed it as a hobby, a way to bring honor to their respective villages, and/or attract wives.

Irrespective of which form is being practiced, the object of the sport is to lift an opponent up and over, ultimately throwing them to the ground on his back outside of the assigned area. 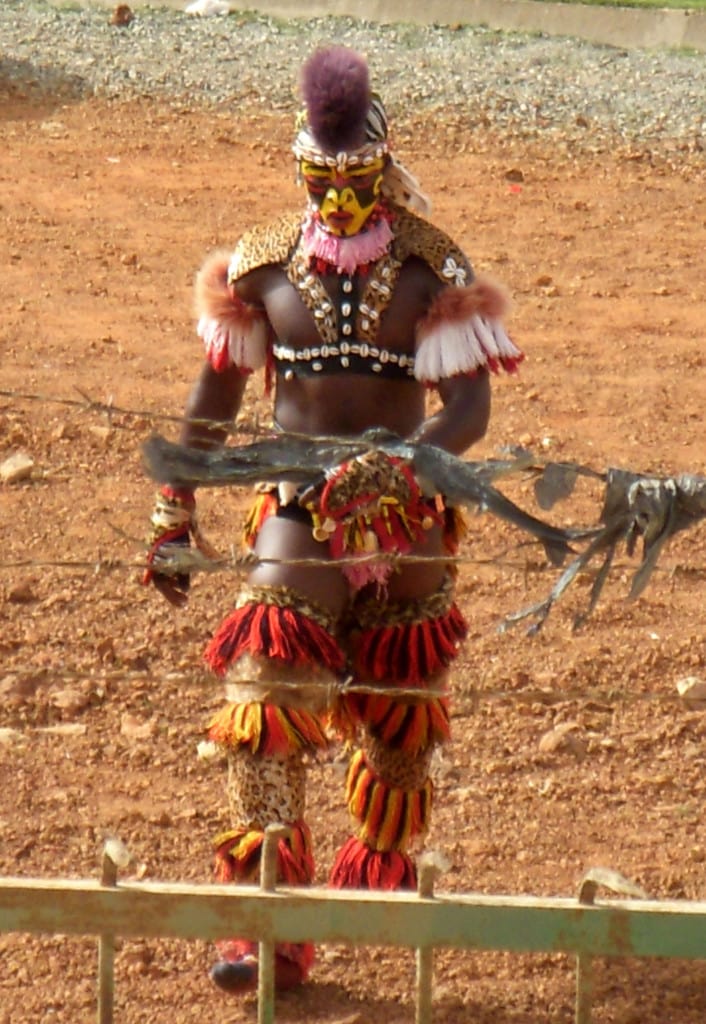 At the actual competitions, wrestlers (mber) entertain the audience with dances (bàkk) before engaging in combat.

Each mber also makes sure to perform a number of public rituals for good luck.

Boukar Djilak Faye is known as the oldest recorded wrestler of Senegambia; he dates back to the 14th century and lived in the Kingdom of Sine. 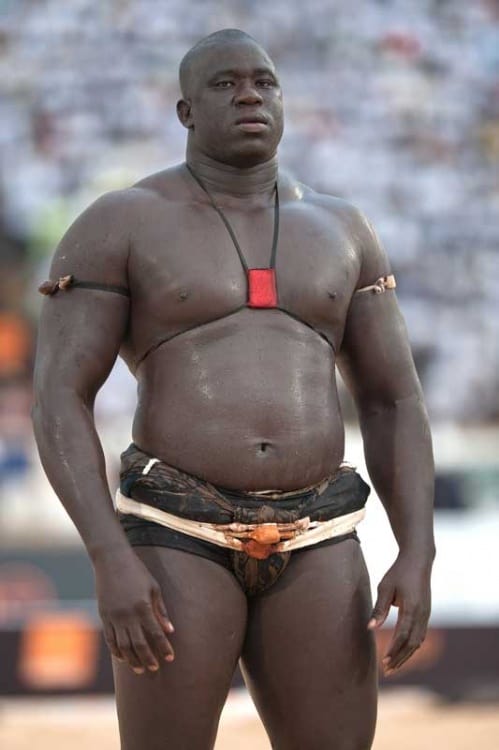 Modern champions include Yékini (pictured above), who is recognized as the most-successful Senegalese wrestler and had his last bout as recently as 2012; Tyson, who fought between 1995 and 2002; and Bombardier who is known as the King of the Arenas since beating well-known wrestler Balla Gaye 2 last June.

In Sunday’s matches, the most-anticipated bout was between Balla Gaye and Eumeu Sene (pictured top).

Sene would win the match!