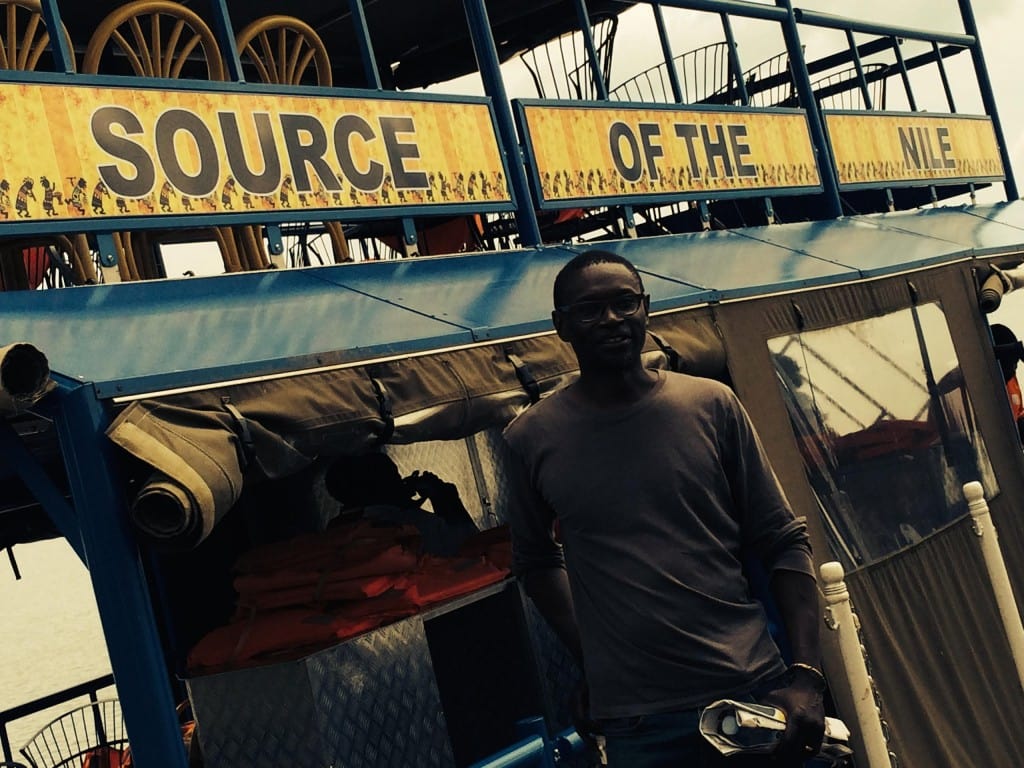 Ferry to source of the Nile

When I received an invitation to speak at the Africa Travel Association’s 39th World Congress in Uganda, I confess that most of what I knew about this country was related to the backlash it received in the media during its anti-gay campaign.

It’s true that I had also seen Forrest Whitaker’s brilliant portrayal of General Idi Amin in “The Last King of Scotland”, but this is hardly what the Ugandan Tourism Bureau will consider a promotional film.

It is only when getting ready for the trip that I learned that Uganda had once been nicknamed “The Pearl of Africa” by a young Winston Churchill who was taken by the country’s unique charm.

I was definitely looking forward to visiting the source of the Nile in Jinja to cruise on Lake Victoria on fishermen dugout boats or even, if time allows, to visit the gorilla highland in Bwindi or trek up the snow-covered mountain top of Rwenzori, which is actually the real source of the Nile and probably the only snowy place on the equator.

And in truth, I was most excited for the opportunity to talk about Africa’s amazing Culinary Tourism potential to an audience of government ministers and tourist professionals.

Culinary tourism is about experiencing the locals’ food and I intended to do just that: eat my way around in Uganda.

Night had fallen on Entebbe’s airport when we landed. The darkness outside contrasted with the stunning backdrop of the starry sky, your typical African night.

The ride to the Speke hotel, in the town of Munyonyo, lasted about 30 minutes.

After checking in to my room, I quickly fell asleep, exhausted from an uncomfortable 18-hour flight from New York via Brussels.

I woke up the next morning looking forward to indulge in local specialties.

My research to make the case for a culinary tourism circuit in Uganda had begun.

Breakfast at the hotel was the usual continental buffet menu that I came to expect in most hotel menus whenever I am traveling in Africa.

Luckily, the table spread was also comprised of a few local favorites, including matoke, the steamed and starchy mashed green banana dish that is served with pretty much every meal in Uganda.

Not surprisingly, there were also a variety of Indian condiments, such as spicy pickled green mangoes, chutneys, flat breads, and other sauces to jazz up the otherwise boring continental buffet offerings.

Indians have been living in Uganda since the late 1800s and are an affluent community. The Indians brought along their food, as is always the case when a group of people migrates.

Although I enjoyed the breakfast view from the hotel’s terrace — overlooking the majestic and serene Lake Victoria — I knew that I had to stay away from the designated tourist areas if I was to find the real local goodies.

When I asked a waiter to recommend a good place to eat local food, he seemed a bit confused at first. When he realized that I was looking for a genuine experience, though, he suggested that I have lunch at Owino market in Kampala.

I asked Thomas Armitt, a British fellow that I met the night before at the airport, if he would join me on my food expedition. He had just arrived from London to attend the congress and we quickly bonded during the shuttle ride to the hotel.

Thomas had spent time in Sierra Leone, and collaborated in building an eco-village with a local community; he was going to present his experience at the conference.

Armitt definitely wanted to come and even suggested that we ride Boda bodas to the market.

Boda boda is the local name for motorbike-taxi. Traffic jams are frequent and intense in the bustling city of Kampala and Boda bodas offer a cheap alternative to traveling quickly around the city.

The ride to Kampala’s famed Owino was fast and quite fun.

Pretty much anything can be found here, from electronics to traditional medicine to second-hand clothing to tailors and of course food, lots of it.

After being checked with a metal detector by a uniformed security woman, we proceeded slowly through the crowd of this gigantic maze.

Our only agenda was to eat like the locals.

Despite the huge crowd, the atmosphere seemed relaxed and friendly. Vendors took the time to chat about their products and some even shared cooking tips.

Moses, a merchant whose specialty is to make a popular groundnut paste similar to peanut butter, explained his processing method with great details and pride.

A butcher who occupied a booth next to Moses’ bragged about his choice cuts, cow feet, beef tongue, liver, or other animal parts — always fresh never frozen.

Sacks of beans and fragrant spices sat on the market alley floor. Loud music was coming from speakers connected to a radio station truck.

Owino market is a chaotic riot of senses.

At last, Thomas and I arrived at the main food section of Owino, a vast outdoor area covered with canvases serving as a makeshift kitchen. Women were tending huge iron pots fueled with wood fire.

Not knowing what the local name of most of the food was, we pointed with our fingers and sat on a bench in an adjacent canteen-looking room.

Everyone in the room was eating with their hands from sturdy plastic plates.

We were offered forks and knives out of courtesy but Thomas and I knew better.

In Africa, we know that eating with one hand makes the food taste better.

A jovial lady who seemed to run the food operation gave Thomas an amused look and directed us to a sink to wash our hands. That’s only then that it dawned on me that Thomas was the only White person I had seen since we arrived at the market. Having lived in Africa before, he seemed at ease while strolling through Owino’s uniquely chaotic experience.

Our food arrived in generous portions. We each had a fish stew served in a light and flavorful broth, as well as of Matoke, red beans, cabbage, and steamed calabash spiced with bird chilies.

We swiftly cleaned up our plates, much to the delight of the jovial lady who was watching with admiration as Thomas ate with his hand.

Our lunch at Owino’s market had cost us altogether, less than $5.00.

That evening, we went to a Jazz club with a group of friends from the hotel. The band mostly played classic western standards but with a unique Ugandan flavor that got everyone sweating on the dance floor.

On our way back to the hotel, I noticed that the sidewalks were lined with little food stands, each lit by a single light bulb and surrounded by groups of people.

They were Rolex stands, someone explained, Kampala’s most popular street snacks. Rolex, which has nothing to do with the luxury watches, is a marriage of Indian food and local creativity, a simple snack unique to Uganda.

Then it was rolled and served hot, hence the name “Rolex” from “rolled eggs.”

Of course, we had to make a Rolex stop.

Fredo, our vendor, allowed me to prepare my own Rolex under his supervision. When making Rolex, one needs to move really fast to allow the eggs to set without being so stiff or else it won’t roll properly (which is what happened to my first attempt).

My not so perfectly rolled eggs still tasted delicious (in reality, mine looked closer to a Swatch than a Rolex).

Fredo’s Rolex costs the equivalent of $0.50 each (and one Rolex is plenty to fill you up after a night of drinking).

That night, I fell asleep wondering how such an enriching and delicious experience could be so affordable and why were there not more people like Thomas at places like Owino market. The memories of the day’s experience will certainly remain with me far longer than any spa or other hotel resorts activity.

This was my very first day in Uganda and it gave me a good glimpse of what savoring this gem of a country will look like.

Salt and pepper to taste

In a medium bowl, combine eggs with salt, pepper, cabbage, tomato, carrot, and green pepper. Heat a large cast-iron skillet to high heat. Add the oil to the hot skillet and pour ½ of the egg mixture on to it. Once the egg mixture begins to settle, top it with the chapatti bread (or tortilla) and immediately pour the remaining egg mixture over the bread to cover.

Carefully flip the egg mixture using a spatula or flipping like omelets (or a crepe). Finish cooking on the other side, adjust seasoning and roll up.