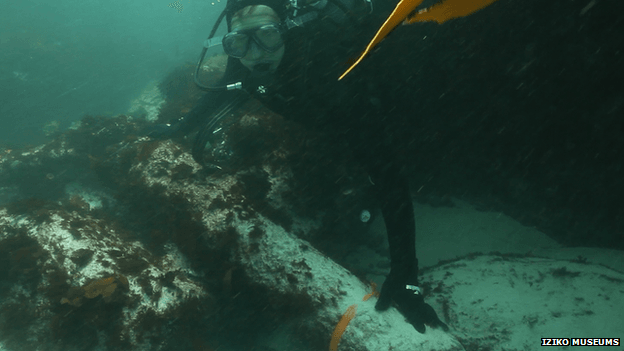 After about 186 years, Portuguese slave ship Sao Jose-Paquete de Africa was discovered off the coast of South Africa and the remains — as well as a memorial — will be put on display at Iziko Slave Lodge Museum, reports the BBC.

Thought to have been transporting more than 400 Mozambiquan captives to Brazil, the Sao Jose-Paquete reportedly hit rough waters about 100 miles from the coast of Cape Town before meeting its demise in December 1794.

While half of the captives drowned in the sinking, the other half — according to the ship captain’s inquiry responses — were resold in to slavery at Cape Town’s slave market.

In the 1980s, treasure hunters would discover the downed ship, but it would take another 30 years before researchers realized it was actually a slave ship. 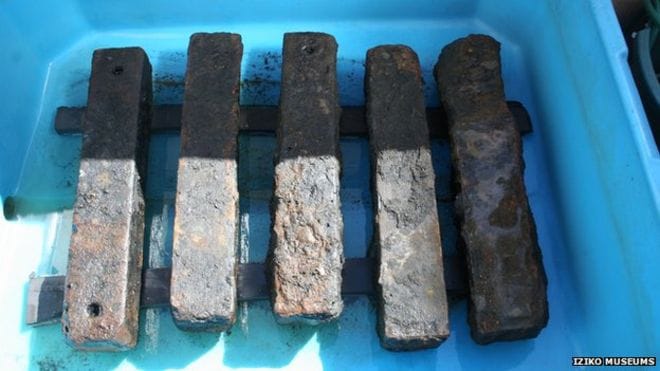 In order to protect the site, a team of South Africans and Americans secretly worked together to recover the iron bars, shackles, and a wooden pulley block.

On Tuesday, their findings will be showcased at the museum along with the aforementioned memorial to those who lost their lives. 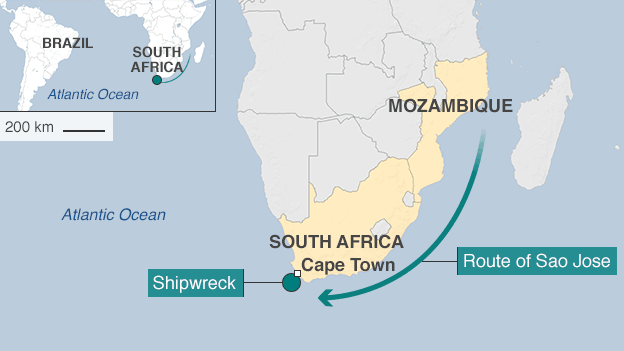 The ship brings to life a time period when African captives who were captured in East Africa were sold in to the Trans-Atlantic Slave Trade, which primarily drew Africans from West Africa.

Washington D.C.’s Smithsonian National Museum of African American History will also display some of the remains.