On August 2, 2018, South African playwright and actor Winston Ntshona passed away at exactly 8 am. The announcement of his passing was made by the South African State Theatre in Pretoria.

Following the announcement, his son, Lawula Ntshona informed local media in South Africa that his father had indeed passed away after battling with an illness for several years. The strange illness was however not disclosed.

Winston Ntshona will be remembered as one of South Africa’s finest actors of all times with a list of accolades to his credit. He has acted in several major South African films and on Broadway. Ntshona has also been recognised for his outstanding craft in several international film festivals granting interviews for prominent magazines including New York Times. 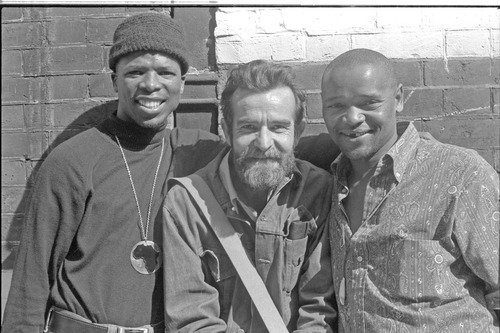 One of his most prominent roles on stage was the lead role in the play Siswe Banzi is Dead. The play was written in collaboration with  Athol Fugard and actor John Kani and was staged several times in South Africa and Britain.

It was this lead role that won Mr Ntshona and his co-performer, Mr.Kani  the London Theatre Critics Award for the Best play of 1974. A year later, Ntshona and Kani won the prestigious Tony Awards for Best Actor in a Play in 1975, a year after winning the award for the same play in London.

Ntshona went on to give other stellar performances as an actor working very closely with Athol Fugard. He starred in several movies such as Marigold in August (1980), Ghandi (1982) and A Dry White Season (1989). His constant appearance in plays and movies made him very popular in South Africa by 1990.

In 1979, Ntshona and Kani were arrested and thrown into prison for close to a month. Despite being celebrated for their roles in Sizwe Banzi is Dead, the play angered Transkei officials. They were arrested right after their performance in Butterworth, South Africa.

Winston Zola Ntshona began acting at a very young age in church and in high school. He was born in the Eastern Cape Province on October 6, 1941.