Tanzania recently awarded a $1.92 billion contract to Turkish firm, Yapi Merkezi, to design and construct a 422-km (262-mile) high-speed electric railway line which is part of a major 2,561 km network project that will connect the east of the country to the north. 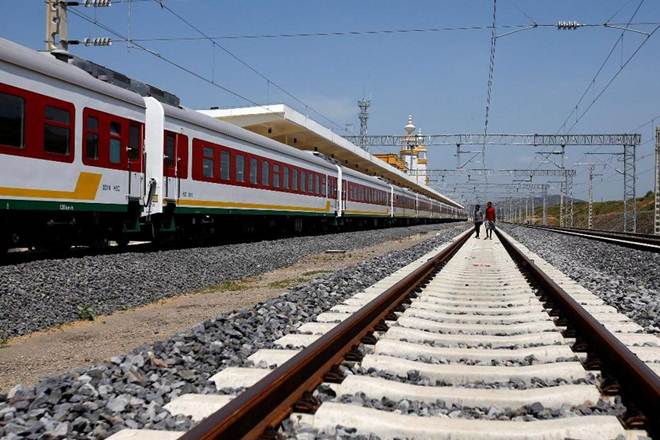 However, the government has involved the military in the construction of the railway line in order to help complete the project in time and also learn about the modern technology so that they can undertake such projects in the future.

“This is a very modern technology we are learning from. We must expand our knowledge so that one day we too can build something like this. We need technical knowledge to get through this project,” says the Chief of Defense Force, General Venance Mabeyo during a tour of the ongoing construction.

The Tanzania People’s Defence Force (TPDF) has about 57 civil engineers and mechanics involved in the project which includes 5,000 workers. “It is a big opportunity for us to be part of the ongoing SGR project. We are ready to send more of our experts to participate in the project anytime in case we were told to do so,” adds General Mabeyo.

The line from Morogoro to Makutupora in central Tanzania will have the capacity to transport 17 million tonnes of cargo each year. This is the second contract awarded to Yapi Merkezi which beat 15 competitors in a tender including Chinese firms.

This is the longest section of a four-phase project that will convert the country’s century-old rail line into a 2,561km standard gauge railway connecting its main port of Dar es Salaam to land-locked neighbours, including the Democratic Republic of Congo, Zambia, Rwanda and Uganda.

Involving the military in the construction of the railway will go a long way to help other African countries benefit from the expertise they’ve learnt from the Turkish construction firm. It also means they can help other countries develop their railways to meet international standards. 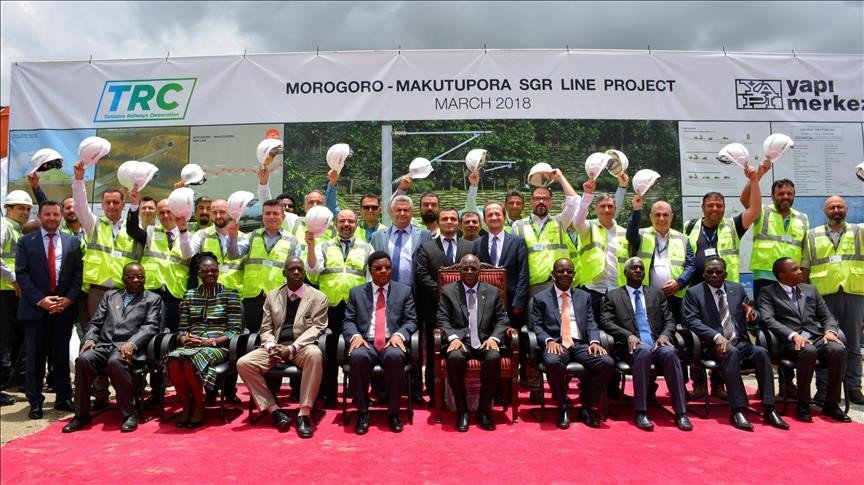 Since his election in 2015, Magufuli has stuck to his cost-cutting measures affecting every part of the economy including his salary which is one of the lowest in Africa. He earns 9 million Tanzanian shillings ($4,000).

Launched in January, the Isaka-Kigali railway line will give the two countries a competitive advantage over Kenya where their SGR was launched last year and is currently operating between Nairobi and Mombasa on diesel.

Kenya and Uganda’s SGR were built by the Chinese government, however, Rwanda and Tanzania have agreed to open tenders for the most suitable financing option.

The previous SGR project without the electric element cost the two countries $2.5 billion. They are expected to pay more for the electric option. 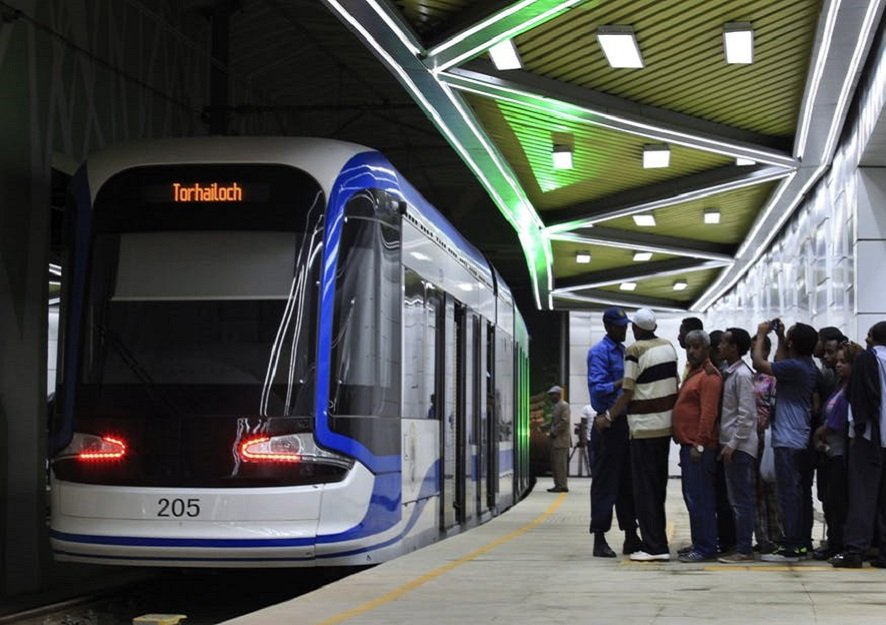 Ethiopia is the only country in the region with an electric rail line built by the Chinese government. The 756 km rail line between Addis Ababa and Djibouti costs $4 billion and travels a maximum of 13 hours for its cargo line.

Rwanda and Tanzania also want a lower time frame of a maximum of 13 hours between Dar-es-Salaam and Kigali, and 10 hours for the passenger line.