In the elections that took place in Belgium on Sunday, a 21-year-old woman made history for becoming the first person of Somali-origin to win a seat in the council.

Sarah Mohamed Khalif, who is also the first ever Somali woman to take political office in the country, was voted to represent Belgium Socialist Party (SPA) as the newest council member of Leuven city. She garnered 772 votes.

The second year student at Leuven University has been referred to as a hardworking woman with ambition and determination in politics. The news of her win has warmed the hearts of many including her parents, who are proud of her achievements.

Among her priorities as the new council member, Khalif hopes to help the  youth “use their creativity and create space where they can realize their projects.”

She was inspired to run for elections by her need to create a change in her community. “I commit myself to the elections because I want to mean something for the community in Leuven, and want to make a difference in the future. Like many others have ever inspired me, I now want to do the same for others,” her statement said.

Khalif joins the increasing number of people of Somali origin to take political posts across the world. Just recently,  Leila Ali Elmi made history as the first Somali and East African woman to be voted into the Swedish parliament on a Green Party ticket. She represents the Angered District in Gothenburg, where she was a member of the Angered district council since 2014.

Others are  America’s Ilhan Omar, who is hoping to represent Minnesota in the Congress and UK’s Magid Magid, the youngest person to become the mayor of Sheffield.

In the same Belgian elections, Congolese-born Belgian Pierre Kompany became the first black mayor of Ganshoren district and in Belgium. 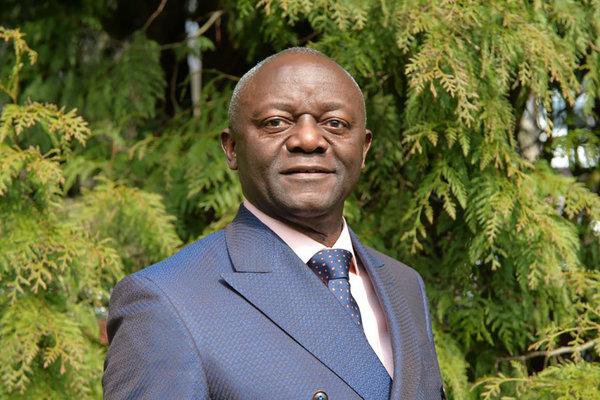 “My success, my election, shows the direction of the march of history, which is towards a more peaceful history. I think one has to regard this as a victory for humanity as a whole,” Kompany, who arrived in Belgium in 1975, said.

Kompany found his way into the country after escaping the atrocities of President Mobutu Sese Seko, who had imprisoned him and others for protesting against his dictatorial regime.

His election as mayor has been seen as a way of acknowledging the Congolese presence in the country as well as one of the steps Belgium is taking in addressing its colonial past.

Praises for his historic elections have started pouring in, led by his son, Manchester City player and Belgian international Vincent Kompany, who expressed pride in his dad’s ability to gain the trust of the people and win the polls.

‪History! We are so proud of you dad. Came over from the DR Congo, as a refugee, in 1975. Now gained the trust of your local community becoming the first ever black elected mayor in Belgium! It was long over due but it’s progress. Massive congrats! #Belgium #Brussels #Ganshoren ‬✊?